The spectacular five-minute opening of Jurassic World: Dominion has been released online. You can watch it here. 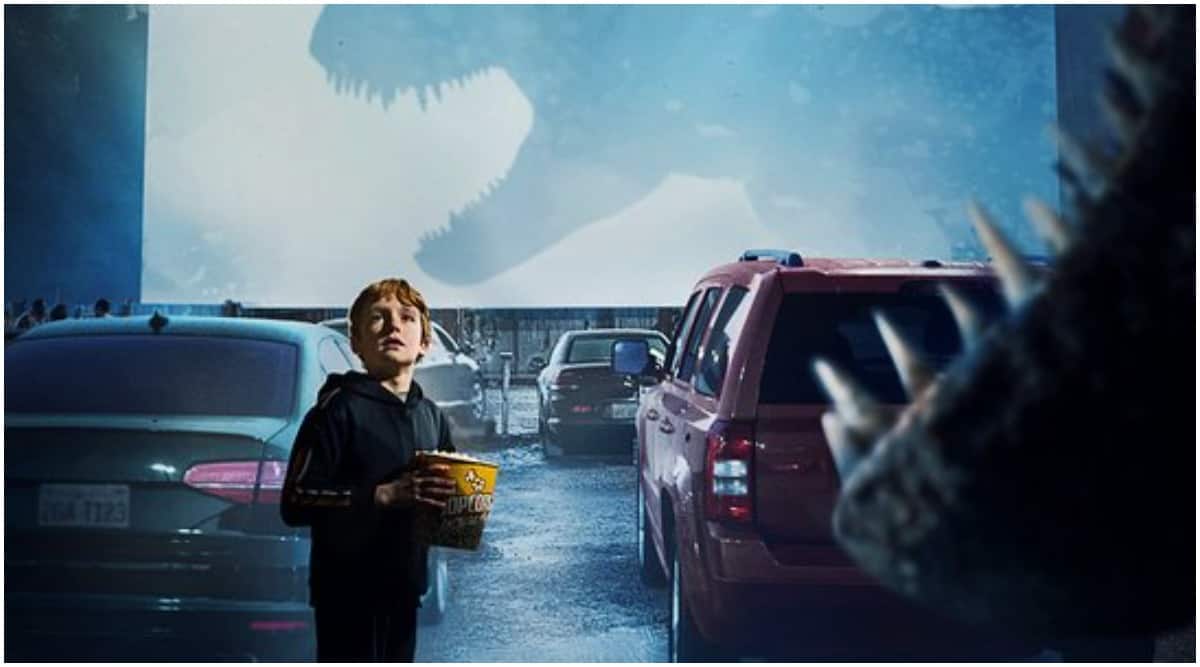 Universal Pictures on Tuesday unveiled a five-minute prologue from the upcoming film Jurassic World: Dominion. The clip teases beautifully rendered dinosaurs as it takes fans millions of years into the past.

The prologue opens with a custom-made Universal logo, which is merged with the Jurassic franchise’s insignia. Director Colin Trevorrow has been stressing on how important it was for the team to remain as scientifically accurate as possible, and that can be glimpsed in the feathery appearance of some dinosaurs in the movie.

The near-silent opening minutes take place on a prehistoric Earth, as we see the creatures in their natural habitat. The sequence ends with a bloody battle between two dinosaurs, before cutting to the present day. The last film—Jurassic World: Fallen Kingdom—ended with Isla Nublar being destroyed and some dinosaurs escaping into the world.

The clip shows the immediate aftermath of the breakout, with a crack-team chasing a dinosaur in a helicopter. The creature finds itself in a drive-in theatre, causing instant chaos among the crowd. The prologue also teases Michael Giacchino’s new score, and Dominion’s visual nods to Steven Spielberg’s original film.

“It is a true ensemble of all of these people, even if they may not be side by side the whole time,” the filmmaker told The Hollywood Reporter earlier this year. “There is just something really exhilarating, just from a generational standpoint, to be able to put all of these characters into a situation where they are again having to not just survive together, but make sure that we all don’t go extinct just like the dinosaurs.”

Trevorrow resurrected the popular franchise with 2015’s blockbuster Jurassic World, which made over $1.6 billion worldwide. The follow-up, Fallen Kingdom, was directed by JA Bayona, and made $1.3 billion worldwide in 2018.