Kishwer Merchantt had recently pointed out at Kangana Ranaut not wearing a mask at public places and was trolled by her fans. The actor has now responded to haters. 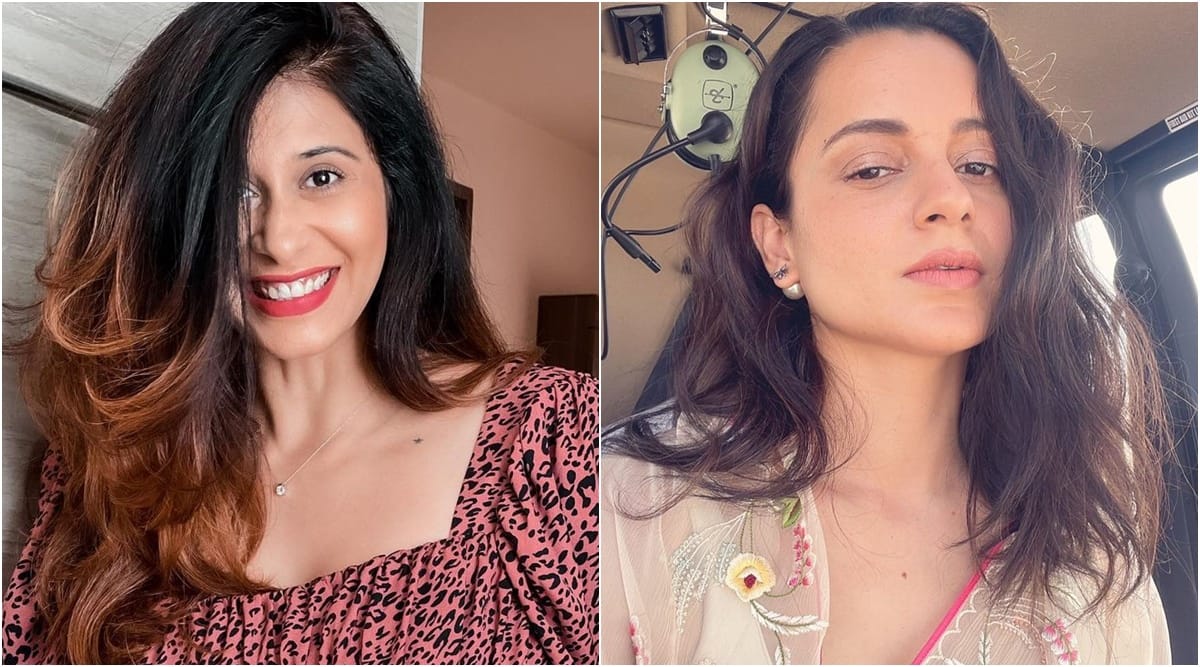 Actor Kishwer Merchantt has reacted to trolls who attacked her after she pointed out that Kangana Ranaut was not wearing a mask in Mumbai on Monday. Kishwer, who’s currently expecting her first child with husband Suyyash Rai, took to her Instagram stories and posted a video message where she slammed Kangana’s fans.

Kishwer had recently pointed out at Kangana not wearing a mask while the latter was spotted at the Mumbai airport. Kishwer wrote, “How is this woman never in a mask?” Kishwer left another comment on Monday when Kangana was papped outside a dubbing studio. She wrote, “She never is in a mask .. its not even ever in her hand? How?”

Kishwer received a mixed response for her observation. While some supported her, others, mainly Kangana’s fans, attacked her on social media.

In the video that Kishwer posted, she revealed how Kangana’s followers, instead of taking note of how their favourite star never carries a mask around, rather told her that first she should first win four National Awards and then point a finger.

“I questioned Kangana why she didn’t wear a mask. Soon, her fans started messaging me and saying that she has won four National Awards. I should win at least one award. Guys, the point here is not whether she’s a good actor or not. Everybody knows that she is a fantastic actor and she must have won whatever awards but where is her mask?” Kishwer said in a section of the video.

With a surge in COVID-19 cases in Maharashtra, Kishwer, along with several other celebs urged the paparazzi to not click stars if they aren’t wearing a mask at public places, as this wouldn’t leave a good example. Of the 103,558 cases India reported on Sunday, over 57,700 infections came from Maharashtra. The state government has issued a slew of new restrictions, including night curfews, weekend lockdowns and daytime prohibitions, to control the spread of the disease.