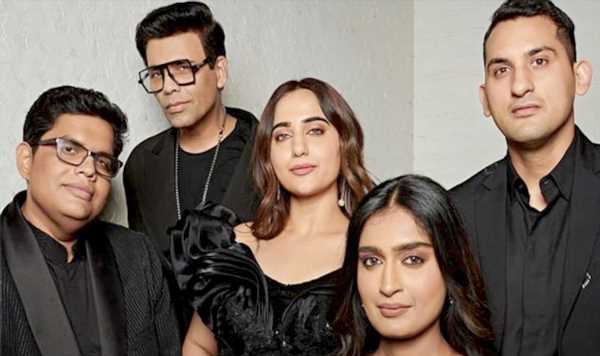 Koffee With Karan season 7 comes to an end this week and the finale episode promises to be just as dhamakedaar with four comedians taking the couch.

They roast the host Karan Johar, and he takes it quite sportingly.

The promo shows Karan feeling the heat for once as Tanmay Bhat, Kusha Kapila, Danish Sait and Niharika NM ask him awkward questions.

From his dating life to his obsession with Alia Bhatt and Liger being his safe-word, everything is scrutinised on the episode.

In the teaser, Karan tells the four Koffee awards judges, ‘They say I talk a lot about Alia Bhatt, do I?’

Danish Sait quickly says, ‘I have watched Brahmastra and in it, Alia Bhatt keeps screaming *Shiva… Shiva..* The equivalent of that on television is you saying Alia.’

When Karan clarifies that Varun Dhawan found out about his relationship by default, Tanmay Bhat asks him, ‘Were you dating David Dhawan? You said he found out by default.’

Karan laughs and clarifies, ‘No, I was not dating David Dhawan.’