Unmoored from the comic-book lore, the Joker origin movie starring Joaquin Phoenix is likely going to use the bare essentials of what makes the character such a terrifying villain. It would likely be a character-driven story instead of a loud comic-book film.

It is happening. I didn’t want it and I am still slightly annoyed that it is real. But there is undeniably a certain attraction in watching Joaquin Phoenix lose his marbles. Or what’s left of them. Phoenix is starring in Todd Phillips’ Joker origin movie, Warner Bros has confirmed. The production may begin this year, with a possible release next year. This film is separate from the floundering DC film universe and may be the beginning of a new Elseworlds film brand.

Christopher Nolan’s The Dark Knight movies had Heath Ledger’s murderous mastermind of a Joker who toyed with his adversaries by telling different stories as to how he got those scars. His ‘origin’ was left a mystery and some say that is for the best as the Joker’s prime appeal is that his motivations and the reason for his rage against the world (and Batman) are not known. He is just a force of chaos, death and destruction. Anything that he tells about his past would make him devolve into an ordinary villain.

It is not that DC Comics do not provide an origin story to the Joker. They do, and the most well-known is in Alan Moore’s landmark graphic novel Batman: The Killing Joke. In Moore’s take, the man we know as Joker had been a failed comedian who became insane due to circumstances and the message is that a normal man is just a bad day away from total insanity. But there is an enigma there too. At one point, the Joker says, “If I have to have a past, then I prefer it to be multiple choice,” leaving the reader nonplussed. DC’s The Joker is one of the most enduring villains in pop culture. Despite countless iterations in comics, animation and live-action, there are a few visual elements of this Clown Prince of Crime that are common: the green hair (sometimes wild, sometimes eerily tidy), an unnaturally broad grin, a baleful gleam in wide-open eyes and chalky-white skin. There are photoshopped images available on the web of Joaquin Phoenix in Joker’s getup. And boy, does it look like he would nail it, at least looks-wise. But it is the budget of the film that has intrigued me most of all.

Reports say this Joker movie would be made under just 55 million dollars. For most comic-book movies, this is pocket-change. 50-60 million dollars can be just promotion and marketing costs for the really big movies (Avengers, Justice League). This may seem like a deal-breaker for those looking forward to this Joker movie, but this is actually a good thing. Here is why.

The Dark Knight is considered the best superhero movie of all time. But it is not really a comic-book movie in the sense that the superhero Batman is just a guy using his identity (or lack of it), his suit and some very expensive gadgets to fight criminals. Nolan’s Batman is more grounded than even the comic-book Batman, who has taken on alien warlords like Darkseid. The appeal of The Dark Knight is that it is just based on a bunch of comic-book characters, gives them depth and crafts a smart, thematically heavy story. It appealed to those who did not even like superhero movies. 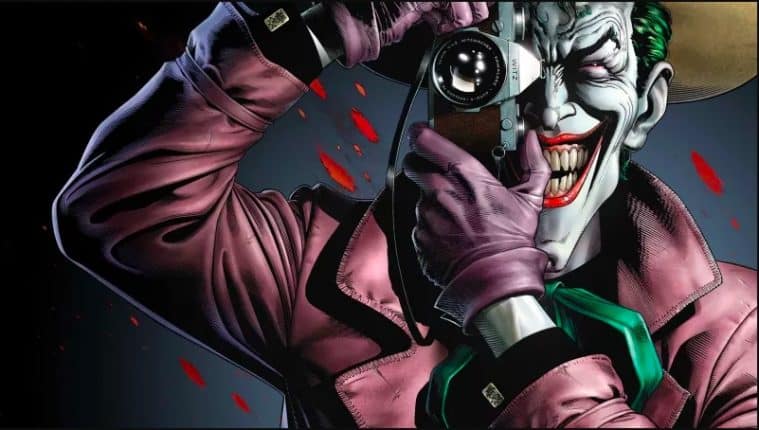 The Joker movie is going to be something like that. Unmoored from the comic-book lore, the film is likely going to use the bare essentials of what makes the Joker such a terrifying villain. It may or may not be based on The Killing Joke, but it would likely be a character-driven story. Joaquin Phoenix has said that it would be a character study. In an interview with Collider, Joaquin Phoenix said, “Three or four years ago, I called my agent and said ‘Why don’t they want to take one of these characters and just make a lower budget film about it, a movie but a character study, and why not take one of the villains?’”

The film may have Joker as the lead character, but it would be less of a comic-book film and more of a tale of one man’s descent into the world of madness. Don’t expect eye-popping visual effects and CGI à la Marvel Cinematic Universe. This movie neither has the budget nor the people involved with it want it to be. Anyway, the Joker does not have any superpowers – just like his nemesis Batman – he is just an unhinged psychopath with a diabolically sharp mind.