Set in the backdrop of a dark but colorful cloud, Maanaadu features big cutouts of iconic political figures of India, including Subhas Chandra Bose and B R Ambedkar. Directed by Venkat Prabhu, the film stars Simbu. 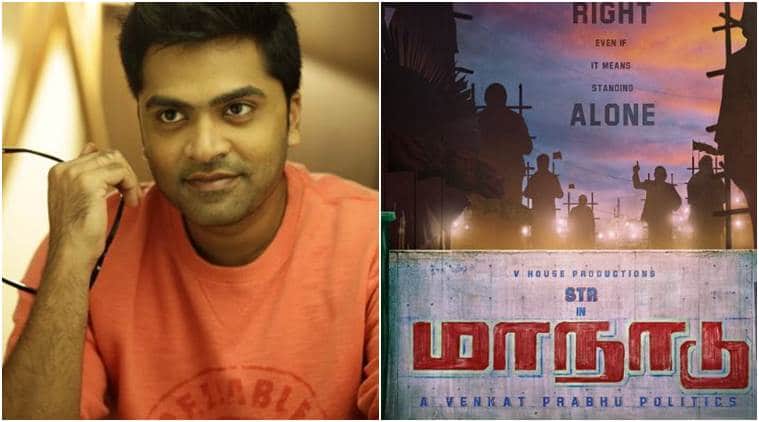 It looks like politics is the flavor of the season down south. Director Venkat Prabhu has also turned to politics for his next film that will star Simbu in the lead role. On Tuesday, he released the poster of his upcoming film, which has been titled Maanaadu.

Set in the backdrop of a dark but colorful cloud, the poster features big cutouts of iconic political figures of India, including Subhas Chandra Bose and B R Ambedkar. “Stand for what is Right. Even it means standing Alone,” reads a message on the poster.

Maanaadu will mark Venkat’s maiden collaboration with Simbu. The director is also awaiting the release of his next film Party, which stars Jai, Mirchi Siva, Chandran, Regina Cassandra, Nivetha Pethuraj, Ramya Krishnan, Sathyaraj and Sanchita Shetty among others. Venkat Prabhu’s brother Premgi Amaren is making his debut as a music director with the film. Party is produced by T. Siva under the Amma Creations Banner.

Simbu, meanwhile, is all set to make a comeback after hitting a rough patch in his acting career. He was making headlines for his alleged unprofessional behaviour and accused of causing massive loss to his film producers. His last film Anbanavan Asaradhavan Adangadhavan was a disaster both critically and commercially. However, things are looking up for Simbu now. He is playing one of the leads in director Mani Ratnam’s upcoming film Chekka Chivantha Vaanam.

Besides Venkat, Simbu will also be collaborating with director Gautham Menon reportedly for the sequel to Vinnaithaandi Varuvaayaa. He also has a movie in the pipeline, which will mark his return to directing.