Every hero needs a tool to fight evil with: Wolverine’s claws, Captain America’s shield, Batman’s branded collection of gadgets. Mjolnir is the weapon of choice for Thor, the God of thunder, or at least it was until it got broken in Ragnarok.

It’s an iconic part of the character’s mythology – both in Marvel’s comics and, well, mythology – so it was important to get it right for the then-new Marvel Cinematic Universe.

Artist Charlie Wen, who had previously worked on PlayStation’s God of War series, has posted artwork of the multiple Mjolnir concepts that were pitched to the studio (and the toy people), and explained the decisions behind the final version.

As you can see, some of the concepts are a bit ‘out there’, with some giving off a blue glowing energy, others having a lot going on, and one that’s bent, for some reason.

We kinda like the bronze one that looks a bit like a battery in the middle, but overall, the final design was probably the best choice. 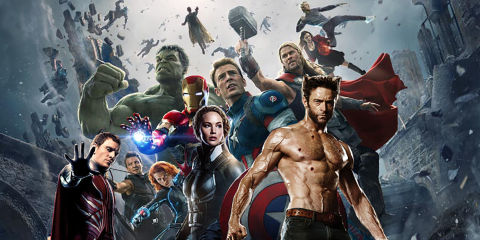 As Wen explains: “The purpose was to begin establishing with Kevin [Feige] a sense of boundaries and comfort levels for the magical realms of the MCU (in comparison to the earthly ground of Iron Man’s tech).

“It’s always necessary to go too far! In these stages, it was paramount to begin designing the MCU as a connected and cohesive universe.”

We totally get where he’s coming from with the ‘go too far, then pull it back’ statement, although with films like Thor: Ragnarok, Guardians of the Galaxy etc, they’ve taken off the safety, stopped dialling back the crazy and are now letting their imaginations run rampant, which is just how we like it.

Marvel’s newest movie, Ant-Man and The Wasp, is out now in the US, and will be released in the UK on August 2. Book tickets here.