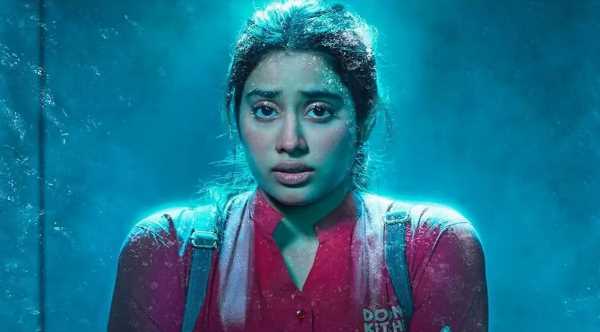 Unlike a disaster movie, where you don’t know if the person struck by calamity will make it alive or not, the survival genre spells out the outcome by definition itself.

In Mathukutty Xavier’s Hindi remake of his National Award winner, Helen, it’s not suspense but the volatility of circumstances intensifying into a life or death situation that not only test a man’s instinct for survival but also his humanity when confronted by a disturbing lack of it.

Who knew something as commonplace as missing a call — because the phone was in another room — can have such terrifying inferences?

Carry the phone at all times, charge the phone at all times — Alfred Kurian Joseph and Noble Babu Thomas’s screenplay, adapted by Ritesh Shah for the remake, plays on our innermost paranoia while giving us something a little more meaningful to chew on over the course of its two nail-biting hours.

Like the Malayalam original, Mili has chills and thrills aplenty but what gives a young woman’s solitary struggle its significance is the goodwill she holds, the reconciliation it inspires.

Often in building a perilous premise, writers neglect to make us care about the person caught in its midst.

But the butterflies I felt in my stomach are testament to Mili Naudiyal’s (played by Janhvi Kapoor) likeability. I wanted her ordeal to end, I wanted her to feel safe.

When Dehradhun’s ultimate sunshine girl finds herself trapped inside the refrigerating room of a fast food joint in a mall, darkness abounds and wee hours of night quickly unravel into an intense drill of survive and seek.

Where Vikramaditya Motwane’s Trapped was a more evolved, existential experience of an indifferently treated life, Mili’s predicament plays out like a scary episode she will someday shiver recounting to a crowd of awestruck well-wishers.

From the ant in the opening credits to the pedantic, pestering restaurant manager (a cantankerous Vikram Kochhar) — everything leading up to the moment until then — is foretelling of the danger ahead and if at all Mili’s equipped to handle it.

As a 24-year-old nursing graduate preparing for better prospects in Canada (cold, cold, Canada), Mili works night shifts at a mall eatery and wants to rescue her mortgaged family home by clearing off all debts as well as her curing her doting daddy from his unhealthy smoking addiction.

Her life-saver temperament, which includes confiscating her father’s lighter and cigarettes, come in handy for graver emergencies soon enough.

If one half of Mili sees her going from pink to purple (good job, make-up department) battling minus 17 degrees cold in a storage room, her rocky romance with a boy from another caste (Sunny Kaushal) and the hostilities it brings about form the rest.

Mili is mostly a loyal remake but minimises the impact of Helen‘s socio-political commentary by changing its religious prejudices for thinly-veiled casteism.

Mili is reflective of its titular heroine’s congenial worldview and takes pride in her inherent niceness.

Although when she blows the last of her warm breath over a frozen treat for a rodent she’s befriended a few hours ago, the upshot feels more Disney Princess than Cast Away.

Bottomline: Most people are better than their conditioning and circumstances.

Mili’s father may feel disappointed by his daughter’s unintended indiscretions but he never once stops caring.

The only conspicuous villain of the piece is a cop (Anurag Arora) hellbent on creating hurdles. Like Girish Kulkarni’s spiteful coach in Dangal, Mili goes out of its way to accommodate his malice that’s clearly designed to heighten the drama, delay the rescue.

It’s to Anurag Arora’s credit that his obstruction never hits a false note and highlights the deep-rooted toxicity and frustrations of a bigoted monster.

Sanjay Suri’s fuming entry as his upright senior is exactly the sort of comeuppance it needed. I am still on the fence about a certain Biddu’s random cameo and noble gesture.

Mostly though, Mili gets its casting bang on.

Manoj Pahwa’s darling papa presence sends warm fuzzies across the screen. His easy-peasy affections towards Janhvi and believable figure of worry as he scampers for her whereabouts reiterate what a natural he is.

Sunny Kaushal has a knack for conveying that his heart is in the right place even when his timing is not. That is exactly why he deserves bigger and better opportunities than he gets.

The new breed of actors are a groomed lot and Janhvi’s attempts to pass off as someone who doesn’t know her ‘in’ from her ‘or’ isn’t entirely convincing. But fledgling grammar issues aside, Mili establishes her as an actor striving to be taken seriously.

There’s an inbuilt, always-on calm setting within her that colours all her performances.

She communicates at her own pace and meter, which is characteristic of the mild-mannered persona she has portrayed in all her movies so far.

As Mili, her vulnerability and grace stay put but impressive strength emerges out of her physical exertions.

Cold is a vile feeling. Mili endures it at a claustrophobic degree.

Within seconds, a familiar space and her daily encounters turn into her supreme antagonist, attacking her with its frosty air and furious vents.

It’s a do-or-die situation for Mili and a prove-her-mettle scenario for Janhvi. She successfully demonstrates her charisma to survive extreme, extended focus. 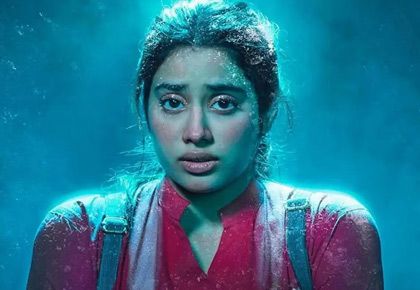