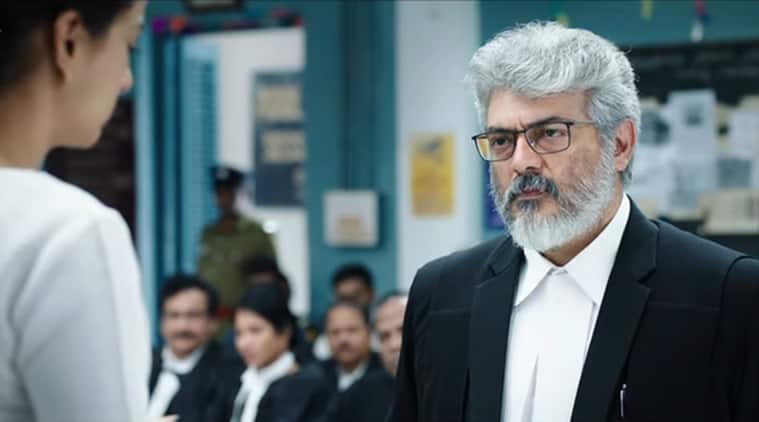 The trailer of Ajith starrer Nerkonda Paarvai is out. The film is an official Tamil remake of Amitabh Bachchan starrer Pink and marks producer Boney Kapoor’s maiden venture in the Tamil film industry. Alongside Ajith, the H Vinoth directorial also stars Shraddha Srinath, Abhirami Iyer and Andrea Tariang. Vidya Balan will also be seen in a cameo appearance in Nerkonda Paarvai.

In the film, Ajith plays a no-nonsense lawyer and if the trailer is anything to go by, we will be treated to a power-packed performance by Ajith when the film hit theaters in August. Ajith manages to capture our attention throughout the duration of the trailer. Shraddha Srinath also shines in the sneak peek. The icing on the cake is the unexpected action sequence featuring Ajith towards the end of the trailer.

It was the wish of late Sridevi that Ajith star in this film. Boney Kapoor had earlier said in a statement, “Ajith suggested remaking Pink in Tamil. She (Sridevi) immediately agreed with him as she thought it was the most appropriate and timely film to make and Ajith would bring all the elements required to make it into a great Tamil film.”

Ajith and Sridevi shared screen space in the Tamil version of English Vinglish.

After seeing the rushes of the film, Boney Kapoor had shared on Twitter, “Happy. What a performance by Ajith. I hope he agrees to do Hindi films soon. Have three action scripts. Hope he says yes to at least one of them.”