Remember the animated TV series Digimon? From 20 years ago? Well, for any fans now in their 30s and hoping for a bit of childhood nostalgia, Digimon is getting an animated movie.

During a special Digimon event in Tokyo on Sunday (July 29), animation studio Toei Animation announced that a new feature film is in the works for the Digimon’s 20th anniversary.

Original creator Hiromi Seki, also the original producer of the Digimon anime, will be supervisor for the film, while original character and monster designers Katsuyoshi Nakatsuru and Kenji Watanabe are also returning.

The Digimon franchise was first created in 1997 as a series of virtual pets, influenced by Tamagotchi toys.

Its first anime incarnation, Digimon Adventure, was followed by a video game, Digimon World – both released in 1999. 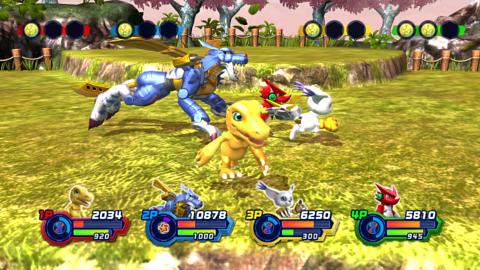 The actress had a long and distinguished television career, both in live-action and in voicing Sora in the Digimon Adventure animated series.