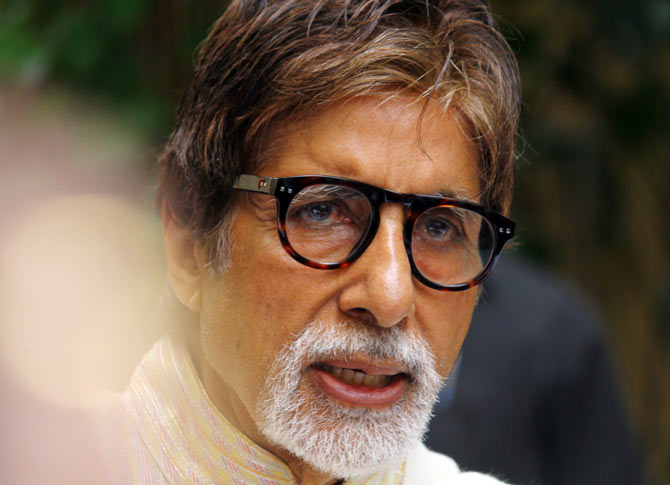 Back in 2004, when Abhishek Bachchan was a rising star, he appeared on Karan Johar’s chat show Koffee With Karan with Preity Zinta.

Abhishek, who was often quizzed about why he didn’t bulk up (like his contemporaries), shared some wisdom his legendary father had passed on to him.

It didn’t matter what clothes you wore or how your body looked if you knew how to use your eyes, Pa told Abhishek.

There is something inherently magnetic about Amitabh Bachchan’s eyes and he knows it.

It was the eyes that made us shift in our seats with excitement every time he lunged at villains as the angry young man and reduced us to tears when he silently wept as the troubled father in some of his later films.

On October 11, when he met with the media on his 71st birthday, the eyes were as alive as ever, beguiling and earnest.

Here then, is a look at Amitabh Bachchan’s many moods, as translated by those eyes.