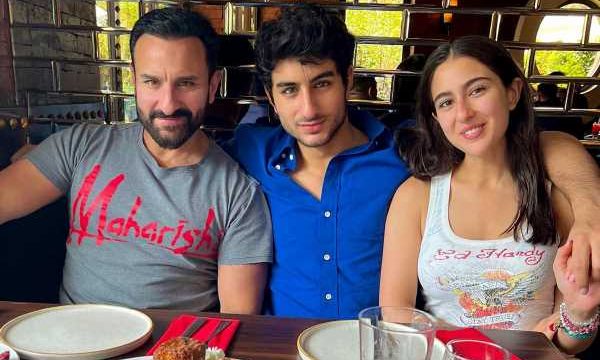 The plan was for Sara Ali Khan’s kid brother to be launched in 2023, and Karan Johar was to do the needful.

But now, Ibrahim’s parents feel that at 21, he is too young to start a movie career.

“Let him travel the world, see different countries and then if he still wants to work in the movies, his parents would be happy to support him in every way. For now, Ibrahim is not anywhere close to an acting debut,” a friend of the family tells Subhash K Jha.

Some time ago, Sara had spoken about her brother’s acting aspirations: “Yes, he wants to be an actor. But as I’ve discovered, it’s an easy dream to have but very difficult to achieve.”

“Ibrahim has the talent. Once he enacted a monologue for my mother and me. I was holding the sheet of paper on which his lines were written,” Sara added. “I couldn’t look at the sheet, I was busy looking at his eyes. They were so emotive.”