Priyanka Chopra visited the office of Siddharth Roy Kapur's production house Roy Kapur Films on Monday along with her co-actors Farhan Akhtar and Zaira Wasim. Zaira will be essaying the role of Aisha and Priyanka and Farhan will play her parents in the movie.

Priyanka Chopra is back in India. The actor is all set to start shooting for Ali Abbas Zafar’s Bharat opposite Salman Khan and Shonali Bose’s The Sky Is Pink also starring Farhan Akhtar and Zaira Wasim. While nothing is known about her schedule for Bharat, she visited the office of Siddharth Roy Kapur’s production house Roy Kapur Films on Monday along with her co-actors Farhan and Zaira.

The official Instagram handle of Roy Kapur Films had photos of the three actors, Priyanka, Farhan and Zaira as they arrived for the preparation of the film. The caption on Priyanka’s photo read, “And she is back! @priyankachopra Exciting times ahead”. Farhan’s click had, “Ready to roll!! @faroutakhtar” written on it. Secret Superstar actor Zaira’s photo read, “The beginning of a beautiful journey… @zairawasim_” The film is scheduled to go on floors on August 8 this year.

The Sky Is Pink revolves around Aisha Chaudhary, who became a motivational speaker after being diagnosed with pulmonary fibrosis at the age of 13. Zaira will be essaying the role of Aisha and Priyanka and Farhan will play her parents in the movie. The Desi Girl of Bollywood made the announcement about the film on her Instagram account as she shared a picture of the script.

Photos of Priyanka Chopra, Farhan Akhtar and Zaira Wasim prepping up for The Sky Is Pink 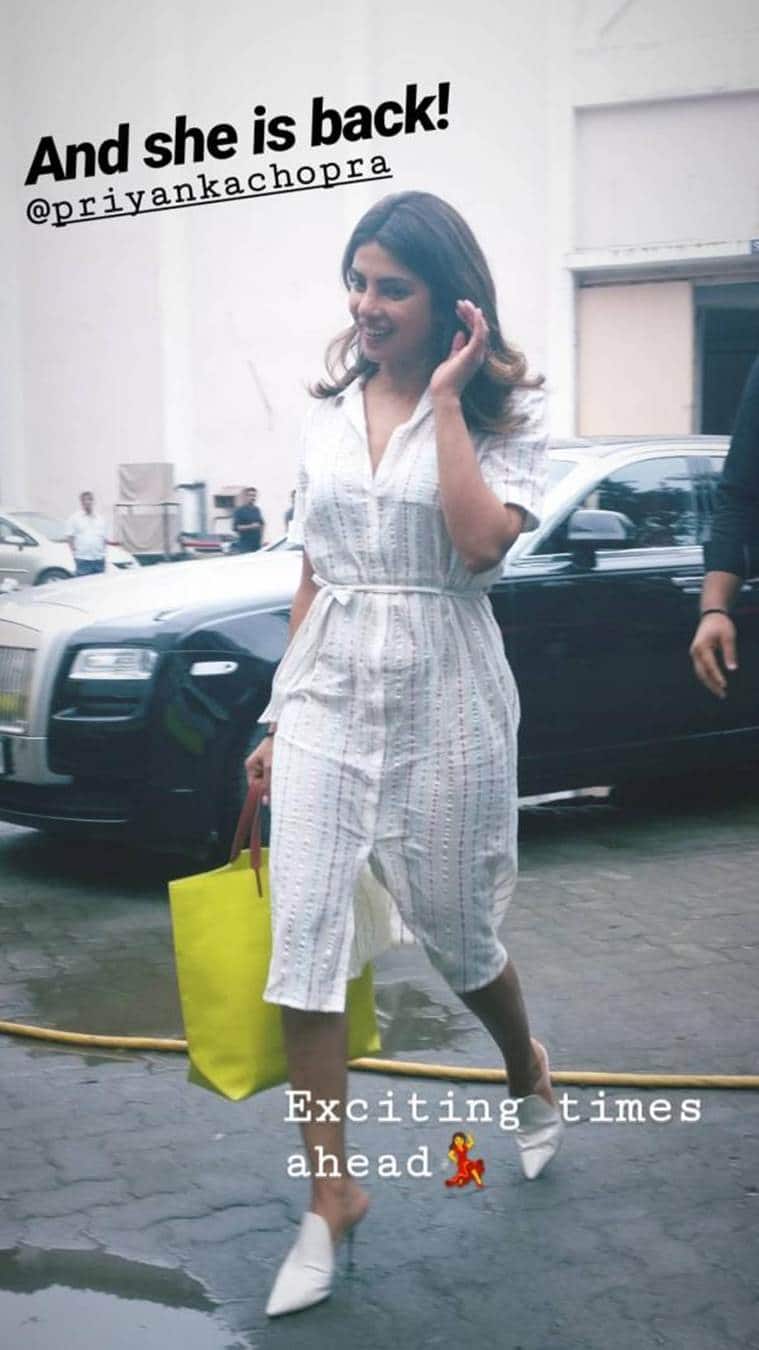 The film has been written by Margarita with a Straw fame Shonali and the dialogues have been penned by writer Juhi Chaturvedi. “So they have started the workshop for the film. And Zaira is also a part of it. The Sky Is Pink is a working title. This is the first Hindi film Priyanka Chopra is doing after two years. Also, this is the fifth film she is doing with Ronnie and Sid Roy Kapur,” a source had earlier informed indianexpress.com.

Apart from The Sky Is Pink, Farhan is prepping up for the release of his production Gold starring Akshay Kumar.