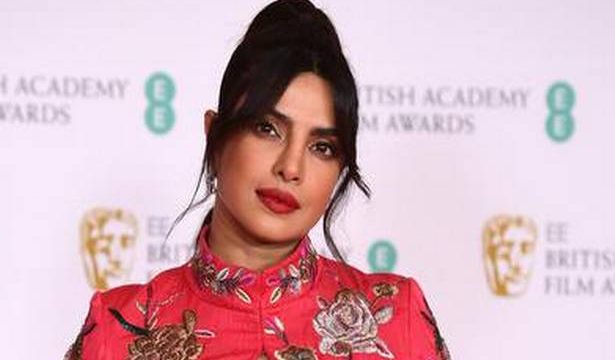 The actor will next be seen in the highly-anticipated ‘The Matrix: Resurrections,’ as well as the rom-com film ‘Text For You’

The Producers Guild of America (PGA) has inducted actor-producer Priyanka Chopra Jonas as a member of the organisation.

According to its official website, the PGA is a non-profit trade organisation that represents, protects and promotes the interests of all members of the producing team in film, television and new media.

It has over 8,000 members spanning the full Producing Team in Scripted, Non-Fiction, Documentary, Animation, and New Media sectors.

“#MembershipMonday: @producersguild welcomes actress, singer, and film producer @priyankachopra as a member. Ms. Chopra Jonas has 14 producer credits to her name, including an executive producer credit for #TheWhiteTiger,” the post read.

The 39-year-old actor expressed her gratitude towards the PGA on Twitter on Wednesday.

“Grateful to be inducted. Thank you @producersguild,” Priyanka wrote.

The Indian actor made a name for herself in her home country with movies such as “Fashion”, “Kaminey” and “Bajirao Mastani”.

She is one of the few stars from Bollywood to have embarked on a successful career in the west with the TV show “Quantico” as well as films, including “Baywatch” and “Isn’t It Romantic”.

She also runs a production house, Purple Pebbles Pictures, which has backed the National Award-winning Marathi films “Ventilator” and “Paani”.

Priyanka most recently executive produced and starred in Ramin Bahrani’s “The White Tiger”, which was released on Netflix earlier this year. The film, based on Aravind Adiga’s 2008 novel of the same name, was nominated for best adapted screenplay at the 93rd Academy Awards.

The actor will next be seen in the highly-anticipated “The Matrix: Resurrections”, starring Keanu Reeves, Carrie-Anne Moss, and Yahya Abdul-Mateen II.

Some of her forthcoming projects are the rom-com film “Text For You”, the Amazon Prime Video’s thriller series “Citadel”, a film on spiritual guru Osho Rajneesh’s aide Ma Anand Sheela, and Farhan Akhtar’s directorial “Jee Le Zaraa” alongside Katrina Kaif and Alia Bhatt.