Rajinikanth praised 7-year-old boy Yasin who recently found Rs 50,000 and ensured it reached the owners. Showering praise on the boy for his honesty, the Superstar also offered to sponsor his studies.

Superstar Rajinikanth today praised 7-year-old boy Yasin who recently found Rs 50,000 and ensured it reached the owners. Showering praise on the boy for his honesty, the Superstar also offered to sponsor his studies.

Yasin is studying in Class 2 at the Panchayat Union Primary School in Chinna Semur near Kani Ravuthar Kulam in Erode district. On Thursday, the boy had found a wallet on the road on his way to school. The wallet had RS 50,000 in Rs 500 and Rs 100 denominations. Yasin promptly handed it over to his school principal who in turn gave it to the Superintendent of Police. Yasin was appreciated by many for his gesture.

Rajinikanth on Sunday had invited Yasin and his family to his residence at Poes Garden and praised his parents and the young boy. “In this age where people cheat, thieve and kill even for a little money, he (Yasin) said that this is not my money and handed it over. What honesty, really. It is a great quality,” Rajinikanth told reporters. 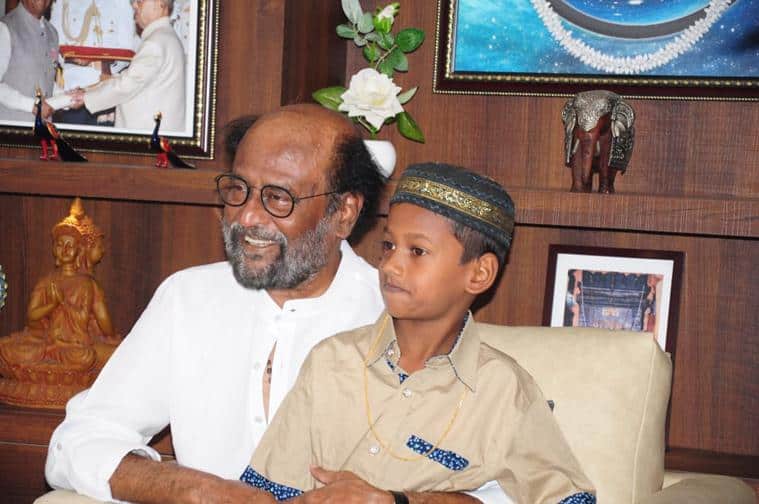 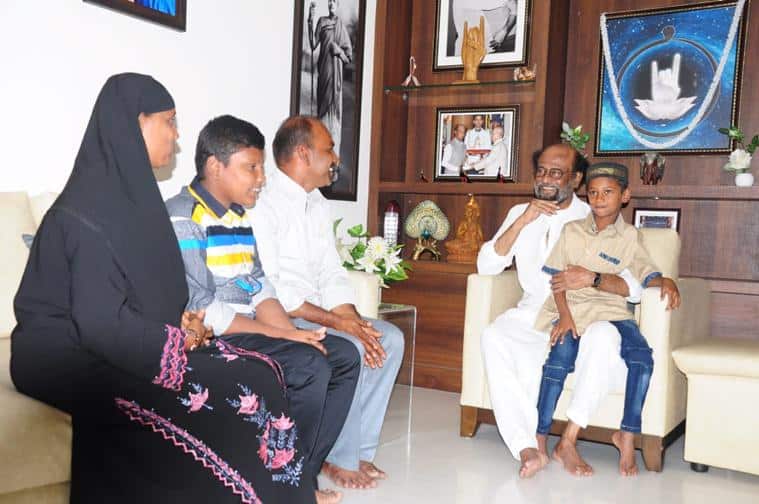 He further agreed to sponsor the education of the boy after he completes his school education. “He is studying in a government school now. So let him continue studying there. After this, whatever he desires to study I will sponsor him. He is a big inspiration to everyone and every child,” Rajinikanth said.

Read the news in Malayalam

Photos from Rajinikanth and Yasin’s meeting have gone viral on social media.