Far from outraging any woman’s sensibility or modesty, Ranveer looks like he could do with a hot meal and a hug, notes Deepa Gahlot.

It’s reaching absurd levels now, but outrage is not a new phenomenon.

And people tend to take offence over sexual matters more than they do over matters of politics that would affect them directly.

Religion is a touchy issue too, but the current hot topic is an actor’s ‘bum’.

In 2022, for anyone to get all huffy at the sight of an actor’s bare body is a bit much, and then the media to join the outrage bandwagon and give excessive air time to the prudes who have filed cases against Ranveer Singh for the nude photo shoot he did for Paper Magazine just shows their priorities are off kilter.

‘Why did Ranveer Singh do it?’ asked an anguished news anchor.

Frankly, it’s his business and hopefully, he gained in some way for the indignity of nasty memes — and the police complaints — the photoshoot generated. 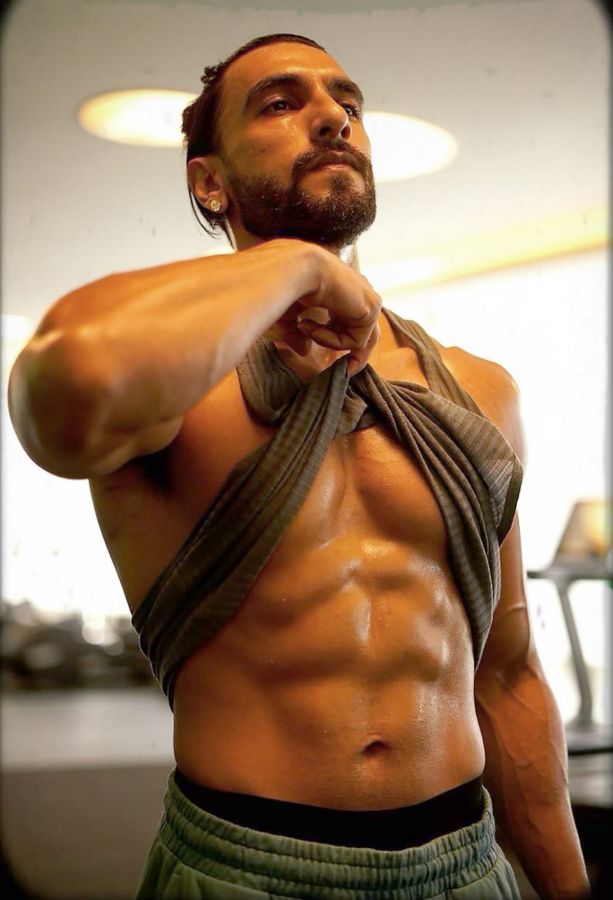 A large section of the Indian populace that is not addicted to smartphones, went: What? Show, show!

And the pictures that would have been forgotten by the time the next issue of the magazine came out have got more eyeballs than they would have in the normal course.

Now, everybody has an opinion on Ranveer Singh’s body.

It is clear by now that a section of the media thrives on frivolity and if Bollywood is involved, so much the better.

They give all manner of publicity hounds their few minutes of fame.

One team will be offended, the opposing team will dredge out well-worn arguments about Khajuraho and Naga sadhus to prove how evolved we used to be.

A week later, nobody will remember who sued whom and why.

Cases in this country go on forever, and new outrage can be manufactured to fill in the lulls in between bouts of pointless indignation. 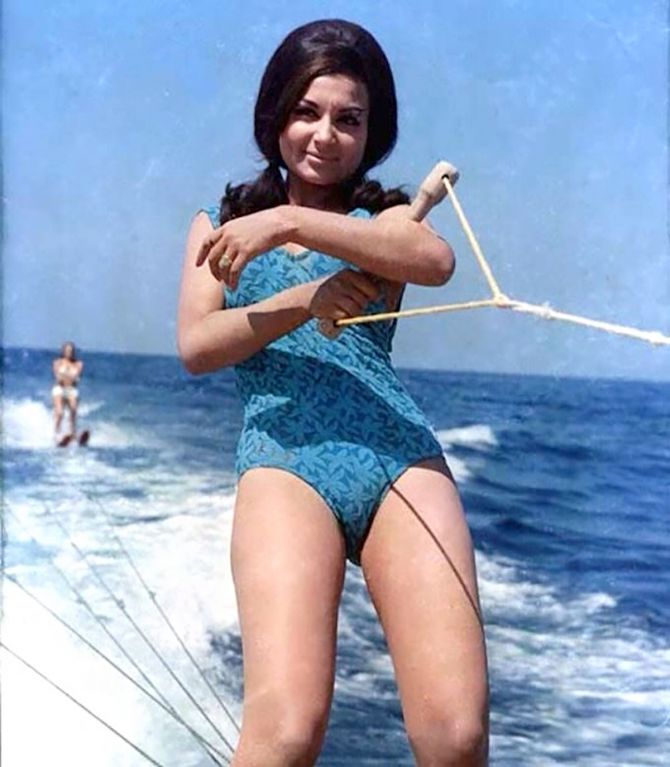 The outrage industry is not just an Indian preoccupation.

Public morality is periodically under threat everywhere, particularly in the US.

Some brands go out of the way to provoke through their ads, and then sit back and enjoy the tamasha. (In ultra-conservative countries, it is not even up for debate.)

But opinions on what is obscene or offensive changes over time.

When Nargis wore a swimsuit in Awara (1951) or Sharmila Tagore wore a bikini in Evening In Paris (1961), people in India were shocked.

There were protests when a still of Smita Patil in Chakra (1981), showed a fully-clothed slum dweller bathing in the open.

Pooja Bhatt was criticised for her body paint cover in a film magazine.

Milind Soman and Madhu Sapre were sued over their nude photo shoot for an ad.

However, before social media and the speed of things going ‘viral’, Protima Bedi had streaked on Juhu beach and raised very few eyebrows, probably because there were no cell phones with cameras.

Also, at one time, the Page 3 pin up girl was drooled over by men, who did not have a smuggler supplying old Playboy copies. Today, it’s all on the net for free.

Bikini photos of celebrities are in mainstream print publications and on the celebs’ social media pages.

In the past, actresses were supposed to be buxom, and the ‘He-Man’ (silly term used by fanzines) heroes like Dharmendra had to have meat over their bones.

Today, the term for a paunch is ‘dad bod’ and male stars are supposed to have chiseled, gym-toned, whey-fed, six-pack bodies. (Sometimes, computers come to the rescue!)

The women, of course, always had to obey whatever the fashion and body rules of the time dictated.

Still, the superstars never needed to take their clothes off, and fans didn’t demand physical perfection.

On the flip side, anybody with a social media account can body-shame a star if he or she does not conform to their idea of beauty or sex appeal.

There is, of course, mild curiosity about why Ranveer Singh needed to do that shoot.

Certainly not money or fame, he has enough of both.

If he is looking for a career in the West, his wife Deepika Padukone or Priyanka Chopra and Ali Fazal could have told him that he needs a powerful agent, not a strip show. The pictures are not even particularly attractive.

One of them looks like a jail shot, when prisoners are told to strip and sit in a corner and wait for a uniform; the one in which he is lying on a carpet, makes him look rather reptilian.

The worst thing is the erasing of the zany energy and joie de vivre that are a part of Ranveer’s public persona, that the Bear Grylls show captured so well.

In the Paper pictures, he looks tired, hungry and quite unsexy — even though the muscled body has not an ounce of extra fat.

Far from outraging any woman’s sensibility or modesty, he looks like he could do with a hot meal and a hug.

Many of his co-stars have come out in support, and this kind of unity is not so common in Bollywood.

Women have pandered to the male gaze for centuries, it’s time to appeal to the female gaze.

If a nude Ranveer Singh does it for women (and maybe queer men), who’s to sit in judgment?

There are worse crimes than stripping, and the idea of art, like beauty, is entirely subjective.

In the end, if at all anyone benefited from the ridiculous episode, it is Paper Magazine (founded in 1984, turned digital in 2020), that must have gotten an insane number of clicks in India, which was probably the intention.

Controversy is as effective a way as any to unlock doors to a new market, and India is eminently woo-worthy.