Karan Johar has started preparations for his upcoming rom-com and we are looking forward to him taking the director’s chair once again for Rocky Aur Rani Ki prem Kahani. Late on Tuesday night Karan shared a picture with his lead actor Ranveer and wrote, “Rocky uska naam.”

From what we have learnt, the two are camping in Delhi and are doing a recce for the film. A source close to the film’s team tells us, “ Karan and Ranveer have left for Delhi to do a recce for the film. Alia was missing because she had other commitments, she will join as soon as she completes shooting for RRR.” 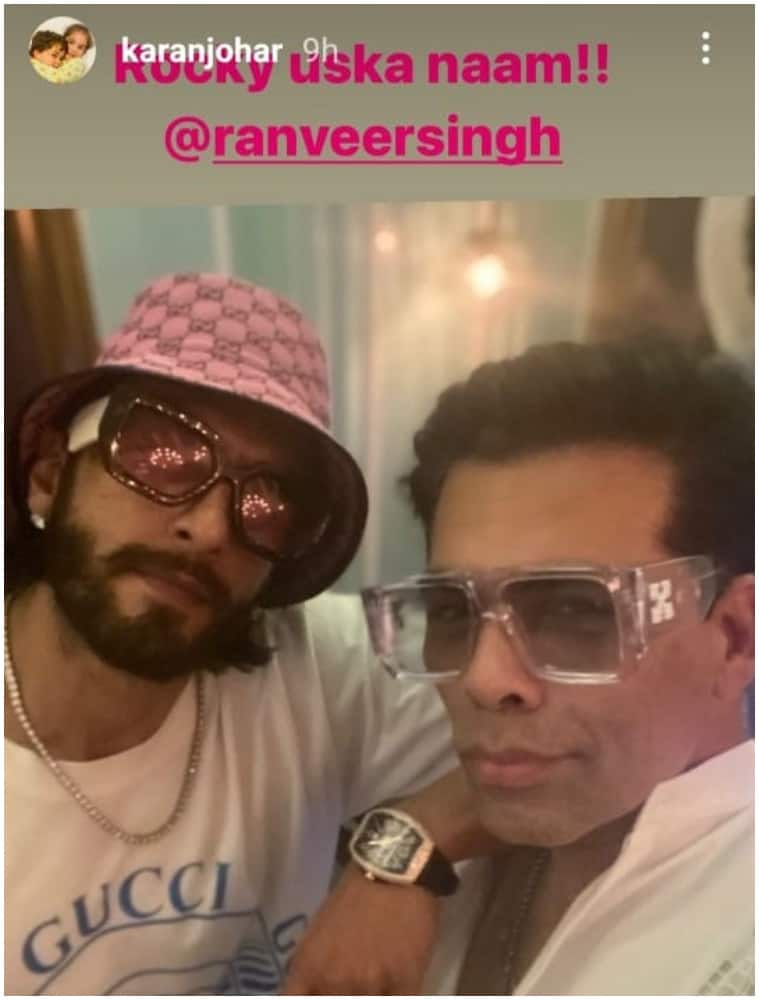 The source adds, “Most of Rocky Aur Rani Ki Prem Kahani will be shot in Delhi. The shoot is scheduled to start in various parts of Delhi later this year.”

Karan Johar announced Rocky Aur Rani Ki Prem Kahani on Ranveer’s birthday on July 6. Sharing a teaser across his social media platforms, Karan had written, “Thrilled to get behind the lens with my favourite people in front of it! Presenting Rocky Aur Rani Ki Prem Kahani, headlined by none other than Ranveer Singh and Alia Bhatt and written by Ishita Moitra, Shashank Khaitan & Sumit Roy. This anokhi kahani is coming to your screens in 2022! #RockyAurRaniKiPremKahani #RRKPK.”

The film will star Alia Bhatt, Dharmendra, Jaya Bachchan as Ranveer’s parents and Shabana Azmi as Alia’s mother. Making this announcement, Johar had written, “This ensemble cast makes this story even closer to my heart. Meet my all time favourite actors and the extraordinary family of Rocky and Rani! Coming to your screens in 2022! #RockyAurRaniKiPremKahani #RRKPK.”

The Karan Johar directorial will be bankrolled by his banner Dharma Productions. The romantic comedy is written by Shashank Khaitan and Sumit Roy, dialogue is written by Ishita Moitra. The film is scheduled to hit the screens early next year.