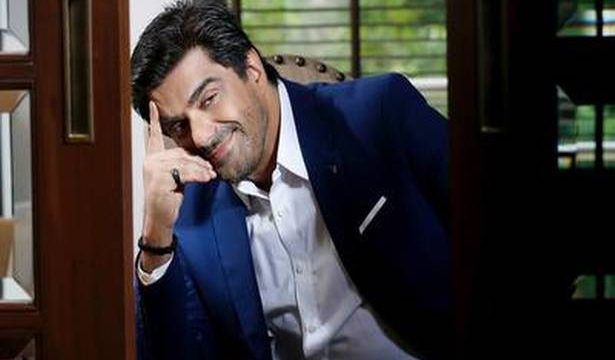 Actor Samir Soni discusses his book ‘My Experiments with Silence: The Diary of an Introvert’ and why he finds acting to be cathartic and liberating

‘I don’t feel too great. Tired and fed up. I hope I get the job. Don’t want to dump my insecurities on other people. And I won’t…’ The lines from one of the pages of actor Samir Soni’s diary, which he shares in his book My Experiments with Silence: The Diary of an Introvert (Om Books), gives readers a peek into some of the rough phases in his life and how he encountered them.

During the pandemic, the publishing house had reached out to him with the idea of a memoir. But Soni was not keen on a memoir. “We were neck-deep in the pandemic; I observed what everyone was going through. I thought if I share what I have written in my diary, people will relate to it,” he says over the phone from Mumbai. The timing of the book was apt, going by the increased focus on mental health.

The pages from his diary were chosen carefully so as to not sound repetitive, and interspersed with incidents from his childhood and early challenges in his acting career and personal life.

In the opening chapter, Soni reveals the dichotomy of simultaneously gearing up for a high and low point — the premiere of his first film and his divorce coming through.

“I have shared some of the lowest moments of my life. I want to tell people, especially younger people starting their careers, that it is okay. I might be perceived as a success story today, but the book details my journey before I reached this stage.”

He had no qualms on sharing personal accounts; instead, he was eager to see how it would be received.

Soni continues to pen his thoughts occasionally. “Writing helps declutter my mind. I don’t feel the urge to put the pen to paper as often as I used to earlier. These days, I can often resolve issues in my head.”

This ability to find resolutions, he agrees, stems from having become wiser with time. “I have also become more self-aware.”

Soni states that he has always been an introvert. Acting helped him open up and he found it liberating. “I was eight or nine when I attended a theatre workshop for a school play. I knew nothing about acting, but I enjoyed expressing my emotions. It was cathartic. Come to think of it, it is logical that introverts find an expression through art, be it painting, music or acting. As introverts, we tend to absorb more than we express. Art liberates us. Even today, what I enjoy the most is the ability to perform more than the other things associated with showbiz.”

His career in television and cinema had its share of highs and lows. He shares a few ‘this is it’ moments in the book, when due recognition seemed so near, yet so far. With wry humour, he recounts his third ‘this is it moment’ at an awards function. He walked up to receive his award and just then, the lights and microphone were switched off and people began heading back home; he continued to smile and deliver his rehearsed thank you speech for the cameras that were recording it to be for a telecast at a later date.

The book has a few takeaways that could be applicable for emerging actors and anyone looking to establish themselves in their chosen field. Talking about the to-do lists of emerging actors, with Instagram reels and other social media mandates, he says, “There are more opportunities today; you can do a short film and make it available on YouTube, which wasn’t possible 15 years ago. There are more stress factors as well. You need to be self-aware so you know why you are pursuing an art form or a job. Ask yourself if your work makes you happy. It is also important for parents and those around youngsters to realise this and not push them towards the ever-changing definition of success.”