Sarpatta Parambarai movie review: Pa Ranjith has tried to show boxing as authentically as possible. It might not be a giant leap for the genre, but it takes first baby step in the right direction. 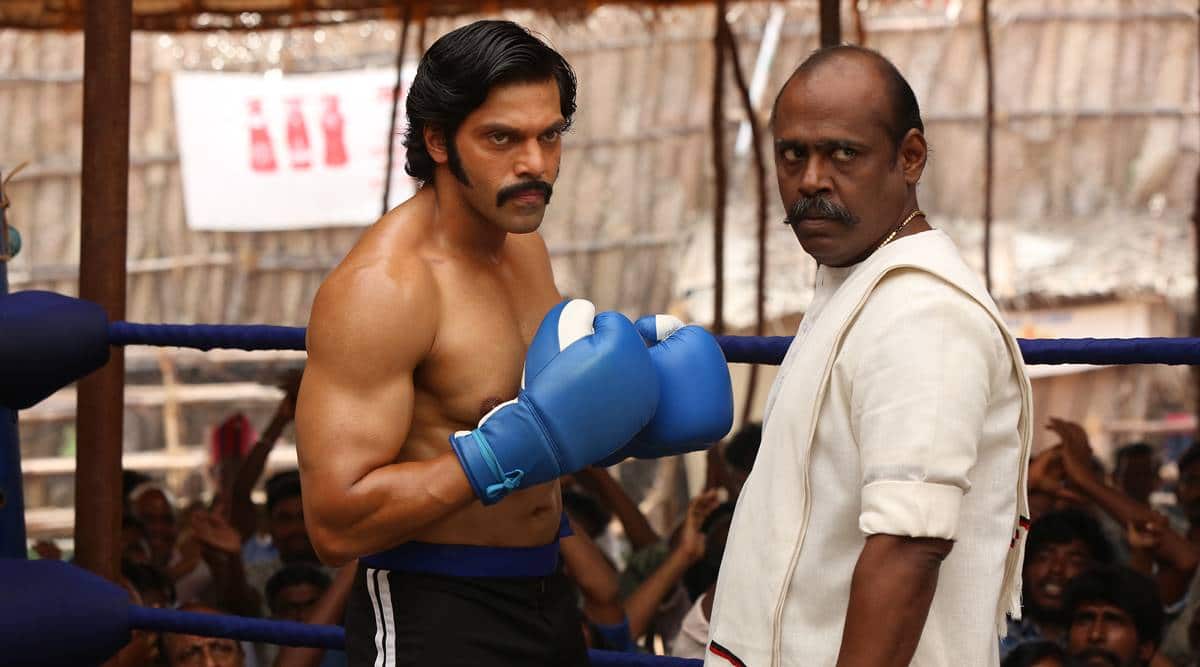 Director Pa Ranjith’s Sarpatta Parambarai takes us deep inside 1970s north Madras (now Chennai) and its throbbing, vibrant culture of boxing. Like all of the director’s films, this one is also heavy on symbolism as it contemplates the fault lines in our society, which are not just based on religion, caste, and language. The film’s historical reminiscence packs a punch stronger than Kabilan’s right hook.

Sarpatta Parambarai begins right in the middle of a boxing tournament. A massive crowd has gathered to watch superstar boxers of north Madras in action. The high-voltage energy and enthusiasm of the Madras crowd for a sport that is not cricket is a revelation. Somewhere between the 1970s and now, people lost interest in a high-energy sport with a lot of real action and took to India’s national obsession. If the fascination of north Madras had been protected and nurtured, perhaps India’s sports business would have looked much different than it is today. Maybe, boxing might have been a very profitable profession for many. This film makes you think right in its opening sequence, which is always a good sign.

As soon as we enter the arena, celebration starts to recede into the background as fault lines begin to appear. Sarpatta Parambarai, a local boxing team, is headed by coach Rangan (Pasupathy). Rangan is a veteran who enjoys the distinction of having defeated the British in the boxing ring.

He is revered like a god by Kabilan (Arya), whose mother has wielded humiliation like a weapon to dissuade him from learning boxing. She has her reasons — Kabilan’s father Munirathnam was a celebrated boxer but was forced to take to crime to make a living. The life in crime cost Munirathnam his life. Kabilan’s mother now holds the sport responsible for her husband’s death. She fears that if Kabilan becomes a boxer, his skills will also be misused by criminals.

Boxing, however, is in Kabilan’s genes and in his destiny.

Sarpatta Parambarai is more than just a story about Kabilan and his passion for the contact sport. It is about the challenges of growing up in a tough neighbourhood where people don’t hate you because of what you do, but because of who you are.

Ranjith’s storytelling is also reflective of the turbulent political period in the country’s history and the earth-shattering changes that it ushered in. The entire first half of the film plays out under the shadow of the Emergency imposed by the then Indira Gandhi government. In the second half, the focus shifts to the stormy politics of Tamil Nadu.

Rangan is arrested and sent to jail on account of his association with the DMK party. When he gets out of jail, he sees MG Ramachandran has broken away from the mothership and has started his own political party. “Did you see Namma Veettu Pillai (MGR’s hit movie) has joined the opposition,” Rangan is told by a friendly cycle rickshaw driver. When Rangan goes home, he sees a picture of MGR hanging on a wall. His son Vetriselvan (Kalaiyarasan) has become a follower of the political leader. The divisions in personal relationships now appear more wide and deep. Ranjith’s screenplay is replete with keen observations and subtle but powerful narrative jolts.

Besides Ranjith’s engrossing screenplay, the mainstay of the film is boxing matches. The director does a remarkable job in setting up energetic fight situations, which usually involves the pride of one man or a clan. Even the action that takes place inside the ring is entertaining and feels authentic, unlike anything we have seen in Tamil movies.

However, towards the final act, Ranjith runs out of tricks. The training montage and the emotional depth of the act feel highly derivative of everything that the director has done in the previous two acts. The climax doesn’t achieve the emotional high of the interval sequence, which is something of a shock.

Sarpatta Parambarai is arguably the best boxing film in the history of Tamil cinema. It is because the bar for combat sport films set by Ranjith’s predecessors was quite low. In a way, Ranjith has broken new ground in the genre by simply trying to be mindful of the sport he’s dealing with. He has tried to show boxing as authentically as possible. Sarpatta Parambarai isn’t a giant leap for the genre, but it takes first baby steps in the right direction.