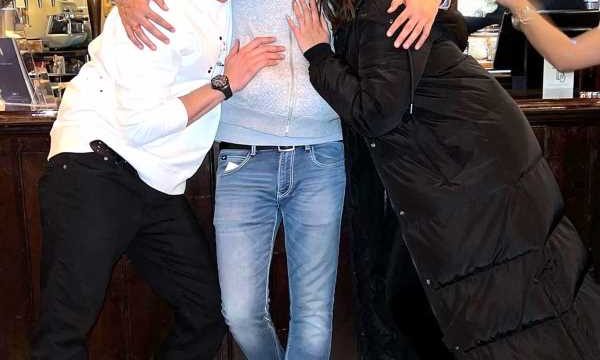 ‘It was easy for them to gain weight.’

Sonakshi Sinha and Huma Qureshi try to make a statement against body shaming in Double XL, but perhaps they don’t get it quite right.

Director Satram Ramani, of course, remains convinced in his cause.

Ramani told us Huma and Sonakshi face many such problems daily, and one such incident inspired Mudassar Aziz to pen the script.

Ramani tells Patcy N/Rediff.com, “Our reading sessions would start with eating sessions, so most discussions were around the menu.”

How much of prosthetic makeup have you used for Huma and Sonakshi?

They put on the weight entirely.

There was one month of eating and weight-gaining sessions.

They are not Size Zero and it was easy for them to gain weight. They gained around 15 to 18 kilos.

Our reading sessions would start with eating sessions, so most discussions were around the menu.

Zaheer Iqbal, who stars in the film, and you assisted on Jai Ho.

Zaheer and me go a long way back. Jai Ho was the starting point.

After that, every time we met, we would discuss the day I would direct and he would act. That day finally arrived with Double XL.

Zaheer’s craft has improved a lot. He is a very hard working guy.

He is always focused, and he will make sure that he will not disappoint you. Why did you get Tamil actor Mahat Raghavendra on board?

The script demanded a Tamil person. We did not want to cast someone from here and make him look Tamil.

How was the atmosphere on set?

We were shooting in London during COVID times, so we were in quarantine.

There was no pressure; it was chilled out.

We watched the India-Pakistan matches there.

When we meet now, we talk about those days and the fun we had on the sets. It was a different vibe altogether. You are from Jalgaon in Maharashtra, and started your career as a journalist. How did movies happen?

There is no exposure to film-making in Jalgaon.

I belong to a Sindhi family, where business is given more importance than anything else. But I was not interested in that.

I had a word with my dad, showed him a newspaper cutting of institutes which had courses in journalism and film-making and I told him I want to go there.

He supported me, so I went to Pune and did a course.

I joined Sakaal Times as an intern and worked with TV9 for two months.

But my focus was film-making.

So I left everything and came to Mumbai.

It was a bit of a struggle, and everyone goes through it, but it was a learning process too.

My first break was Rohan Sippy’sDum Maro Dum. I was looking for work and I got an opportunity to work as a post-production supervisor. It helped me become technically literate.

Every director has a different style of working.

I learned how you can save budget as a director and be helpful to the production.

I learned how to manage a big crew, how to deal with stars… it’s not easy to make friends with stars.

Your first film Helmet had a OTT release. Were you satisfied with that kind of release, with no box office number?

OTT is a non-interactive medium; you don’t get to know the feedback immediately.

At that time, I feel that was the right time to release on OTT because theatres were not open. To hold the film for a longer time was costing the producers more.

I still get messages about Helmet. 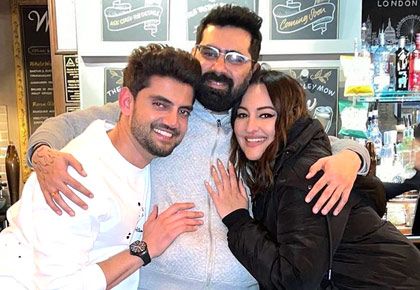