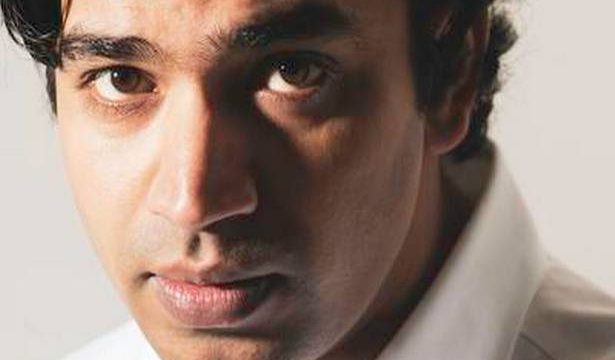 In an interview with The Hindu, the Delhi-born actor talks about landing the coveted role after multiple auditions, his camaraderie with co-star Park Hae-Soo, and his mom’s reaction to the overnight stardom

Anupam Tripathi is starry-eyed as he talks about the smash-hit Korean show Squid Game which has propelled him into the limelight. “The love from people around the world hasn’t stopped,” he says, all smiles.

The Delhi-born actor plays Contestant 199 Ali Abdul, an undocumented migrant worker from Pakistan who joins 455 other debt-ridden contestants as they participate in a series of children’s games with a deadly twist; all for a whopping cash prize.

Amidst all the gore and betrayals in Squid Game, Anupam’s Ali is a stand-out endearing character that the Internet has collectively chosen to root for.

Casting an actor to play Ali was something that had the show’s director Hwang Dong-hyuk worried, and in a Netflix interview following the show’s release, he said that Anupam Tripathi appeared ‘out of the blue’.

“He was fluent in Korean and he could act. His emotional range was amazing,” Dong-Hyuk said, all praises for the actor. Born and brought up in Delhi, Anupam made his way to South Korea after bagging a scholarship to study acting.

Anupam landed the role after multiple rounds of auditions, and says that it was then that he realised how different playing Ali was going to be, compared to his previous on-screen appearances.

“I began to think about the similarities as well as differences Ali and I shared. Firstly, Ali was a healthy guy and needed to look like someone who had power to compete and do well in the games. So I worked hard on my physique and gained 6 kgs,” recalls the actor, who has lived in South Korea for the last 11 years.

Being fluent in Korean also meant that Anupam had to work on his dialogue delivery, given that the character he was playing had probably been in South Korea for less than a year.

“It was hard to go back and undo things,” he says with a laugh. “I sought out friends from abroad who had only recently come to South Korea to converse with them.”

Ali is first introduced on the show in the middle of the terrifying Red Light, Green Light game as he heroically saves his fellow contestant Seong Gi-Hun (Lee Jung-Jae) from an elimination.

“I remember Jung-Jae asking me to just go ahead and be free, and to express myself however I wanted to. He helped me a lot as an actor and the whole team shared a great chemistry this way,” he says.

It is however Anupam’s scenes with another contestant Cho Sang-Woo (played by Park Hae-Soo) that has come in for much praise. Park Hae-Soo, he says, was a empathetic co-star, and the duo spent a lot of time together off-camera.

Anupam with his co-stars in a still from the show | Photo Credit: Netflix

“While I sought him out for feedback, he used to do the same with me, and this was so surprising since he’s such a well-known actor. This was the relationship we shared; there was a constant exchange of ideas,” Anupam recalls.

While he has played small roles in popular K-dramas such as Descendants of the Sun and Hospital Playlist among others, Anupam hopes that Squid Game will mark the start of diverse characters being given prominence on-screen and impact the way stories are told.

“In my personal opinion, all kinds of characters will be seen and I’m working hard too, for this change to happen in the future. Going forward, I can play any character. Action or rom-coms; I am keen to take up everything,” he says, speaking about representation on screen.

Anupam also narrates (with a hint of disbelief in his voice). how he saw his Instagram follower count steadily increase once the show released on Netflix. “On September 17, there were around 3,000 people… and every hour after 4 pm, I saw the number of followers increasing. People were talking about Ali everywhere, and it was fascinating to watch!” he grins.

The actor now has over 3.4 million followers, and several photos are of him from the sets of the show, flanked by his co-stars. As is evident from many such photos shared by the ensemble cast, Anupam attests to the warm camaraderie they all shared, and describes the experience as “a lot of fun.”

How has his family reacted to the show and his character having become popular worldwide? He breaks into Hindi and answers that his mother back in Delhi asks him to enjoy his success, but keep his feet planted firmly on the ground. “She’s very proud. Everyone is very proud and happy,” Anupam signs off.

Squid Game is streaming on Netflix