Overwhelmed with emotions at his daughter Suhana Khan's graduation ceremony, Shah Rukh Khan posted a photo with her and wife Gauri Khan. 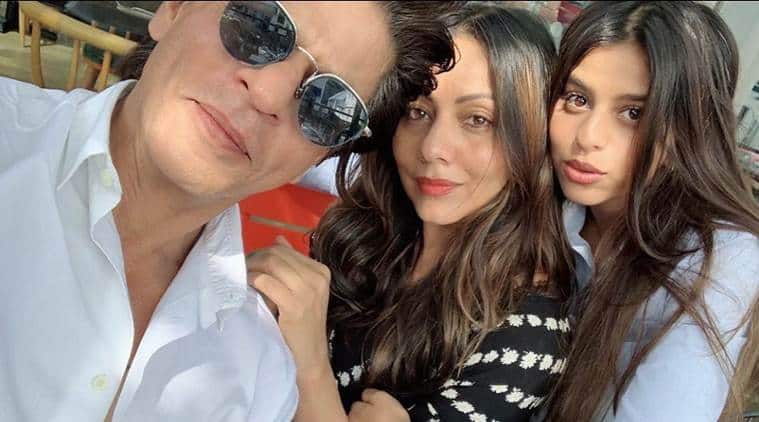 Shah Rukh Khan and Gauri Khan’s daughter Suhana Khan has graduated from Ardingly College in London where she had been studying from last four years. The proud parents shared the news on their social media accounts and posted photos from the graduation ceremony. Karan Johar, Shweta Bachchan, Manish Malhotra, Sanjay and Maheep Kapoor, Mahira Khan and many others have congratulated Suhana for her achievements.

Overwhelmed with emotions at his daughter’s graduation ceremony, SRK posted a photo with her and Gauri. He captioned it, “4 yrs have flown by. Graduating from Ardingly. Last pizza…last train ride…and first step into the real world…school ends…learning doesn’t.”

Another post has him and Suhana posing in style. The monochrome photo has been shared with the caption, “Last day at school. To adding new experiences and colours to your life ahead….”

Not only has Suhana graduated but she has also won The Russel cup for exceptional contribution to drama. We have witnessed Suhana’s acting chops as she performed at a school play and her videos went viral on social media a couple of years back. SRK had earlier mentioned about Suhana’s interest in acting in his interviews, He had said, “Suhana wants to be an actress and she says that she doesn’t want to learn it from me. Which is an amazing thought to have. Because it means that she wants to do the same thing as me but with an independent and a unique voice.”

As Suhana lifted the Russel cup, mother Gauri shot a video and shared it on her Instagram account. Gauri also shared a photo where Suhana sat beautifully for the graduation lunch, “Lunch at Ardingly.. Graduation,” read the caption of the photo.

Now, if Suhana will soon move to Bollywood or will she go for higher studies is yet to be known.