Plenty had changed for Supergirl by the end of its third season. After Reign was defeated, Chris Wood’s Mon-El was sent back to the future and series regular Jeremy Jordan was downgraded to a recurring role.

The Maid of Steel won’t have much time to recover from these losses though as new threats are on the horizon. Not only will we see more of the bizarre Supergirl double who appeared at the end of the season three finale, but viewers will also meet Agent Liberty (Sam Witwer), the leader of an alien hate group, and Mercy Graves (Rhona Mitra), the long-standing bodyguard of Lex Luthor.

Fortunately, Supergirl won’t have to deal with these threats alone. Joining her in season four is a brand new character, Dreamer, who will become the first trans superhero to appear on screen.

But who is this new ally and what will her introduction to the show mean for Kara? Here’s everything you need to know about Dreamer and Nicole Maines, the trans star who plays her.

Supergirl season 4: Who is Nicole Maines? 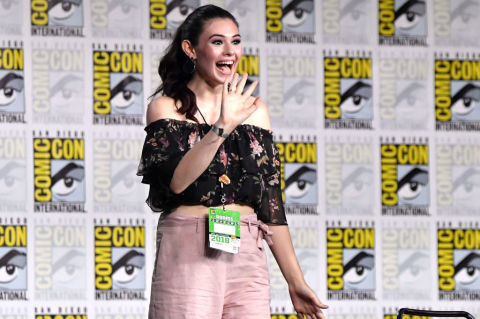 Dreamer is described by The CW as “a soulful young transgender woman with a fierce drive to protect others”, so it’s hard to imagine anyone better to play her than Nicole Maines.

Before she did a guest stint on Royal Pains, the young trans star appeared in an HBO documentary called The Trans List where she played a vital role in the lawsuit that allowed transgender people to use their chosen bathroom in the state of Maine.

During SDCC, Supergirl executive producer Jessica Queller told Den of Geek why Maines is perfect for the role of Nia Nal, otherwise known as Dreamer. “We did a world-wide search for trans actresses and not only is she a phenomenal actress, she’s also a real-life hero. She has been an activist in her community since she was 14 years old, she was honored by GLAAD, she’s just an incredible woman.”

Such authenticity seems particularly important to The CW right now after they also announced recently that they aim to cast a lesbian actress for the role of Batwoman, who will also make her debut in the ArrowVerse this fall.

Supergirl season 4: Who is Dreamer? 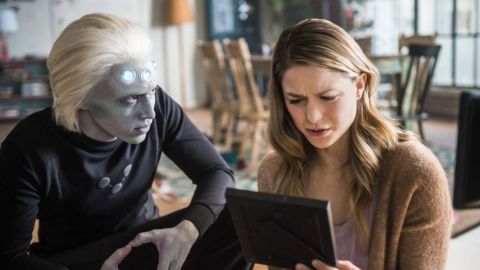 Following in the footsteps of Brainiac and Saturn Girl, Dreamer will be the latest hero to join Supergirl who has ties with the Legion of Super-Heroes. Nia Nal won’t arrive from the future though. Instead, Dreamer is an ancestor of the legendary comics hero who shares her precognitive abilities.

In DC Comics, Nura Nal was created by Edmond Hamilton and John Forte all the way back in 1964, but she was usually referred to as “Dream Girl” instead. The alien hero hails from the planet Naltor where all of the inhabitants can see into the future to varying degrees.

However, Dream Girl was recognized early on as a particularly powerful precog, which is why the Legion recruited her after a vision helped prevent their deaths.

Initially dismissed as a weaker member of the team, Nal earned the respect of her peers after winning the role of leader, becoming the second female Legionnaire to ever do so after Saturn Girl.

Supergirl season 4: What are Dreamer’s powers? 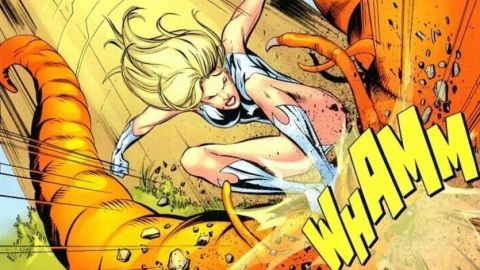 As the strongest precog on her planet, Nal could see into the future with incredible accuracy while dreaming and could even see a few seconds ahead while conscious too, helping her to become particularly formidable at hand-to-hand combat.

Dream Girl utilised this skill while training with Karate Kid (yeah – DC got there first) to avoid being seen as a damsel in distress and eventually became one of the strongest fighters on the entire team, anticipating her opponents’ every move.

Nal is also a brilliant scientist and was one of the few Legionnaires to successfully use her Legion Flight Ring on objects other than herself, gifting her with a limited kind of telekinesis. It remains to be seen how many of these abilities will be utilized by her great-great-great-great-great-grandmother on Supergirl, although it’s clear that her precognitive powers will come into play there too.

How will Dreamer play into Supergirl season 4?

Although Cat Grant has left the show in an official capacity, her presence will still be felt through the role of Nia. Once an intern for Grant at the White House, Dreamer will next join the CatCo newsroom in Season 4 where Kara will mentor her as both a journalist and as a fledgling superhero too. 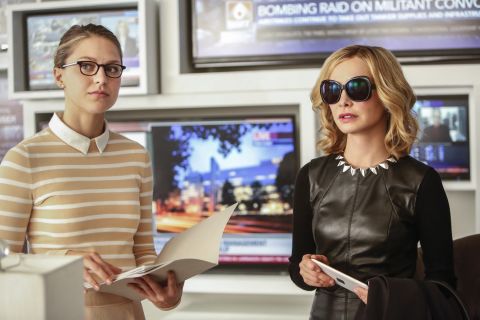 The fan reaction has already been extremely positive and the importance of playing the first trans superhero on TV hasn’t been lost on Maines either. When the casting announcement was first made at SDCC earlier this year, the actress declared how “it seems only fitting that we have a trans superhero for trans kids to look up to. She’s the superhero we need right now.”

Given that Supergirl herself has been a role model for young girls everywhere, it’s empowering to see that young trans people will now have a superhero role model of their very own too.