Teddy stars Arya and Sayyeshaa in the lead roles. And it also stars Sathish and Sakshi Agarwal in supporting roles. 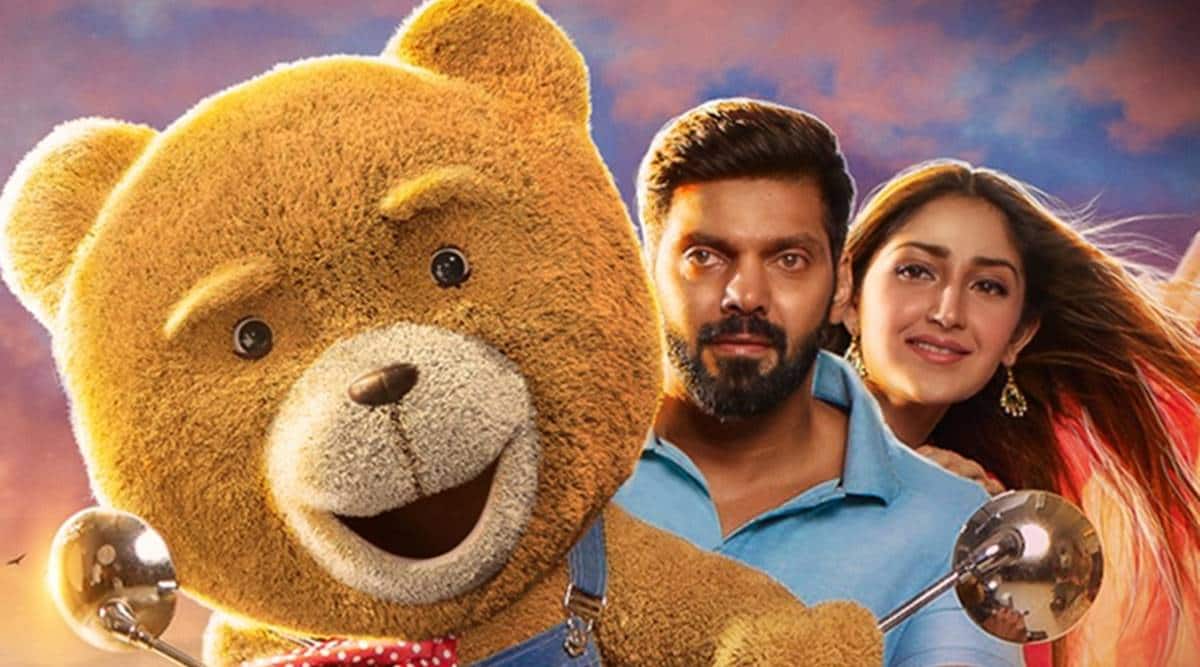 The trailer of the upcoming Tamil film Teddy was released on Tuesday. Judging by the trailer, director Shakti Soundar Rajan has again taken inspiration from a Hollywood movie and turned it into a typical Tamil ‘masala’ potboiler. Starring Arya in the lead, the movie also has a teddy bear that can talk, move and behave like a typical hero’s sidekick of Tamil cinema.

While Naaigal Jaakirathai was inspired by Turner & Hooch, he turned to Hollywood’s zombie thrillers for Miruthan and took the plot idea from Armageddon for Tik Tik Tik. For Teddy, it is fair to assume that he was inspired by director Seth MacFarlane’s Ted movie franchise. Or is it Winnie the Pooh?

However, it is obvious from the trailer that Teddy is not a buddy comedy like Ted. You don’t see the teddy bear smoke a joint and hit on girls. The plot of the Tamil film seems to deal with a serious medical crime. The trailer throws at us so much information, including a bit about astral projection. The hero, played by Arya, claims that coma patients, who are in a limbo between life and death, at times, have an out-of-body experience.

Maybe a soul that escaped that limbo found a refuge in a teddy bear, thus bringing it to life. And now that teddy bear has joined forces with the hero to dismantle the devious business operation that is costing numerous human lives.

The film has Sayyeshaa as the female lead. And it also stars Sathish and Sakshi Agarwal in supporting roles. Produced by KE Gnanavel Raja under the banner of Studio Green, the film will directly release on the OTT platform next month. Teddy will start streaming on Disney plus Hotstar from March 12.