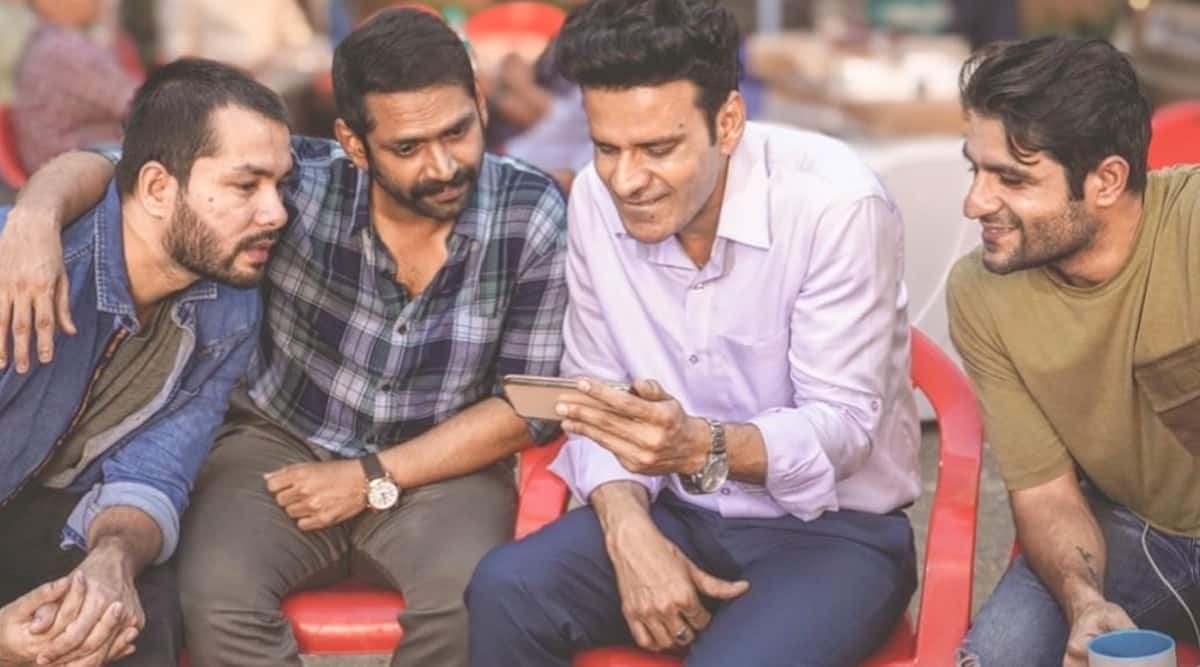 The cast of The Family Man 2 is celebrating the success of the Amazon Prime Video series by sharing BTS photos and videos. On Monday, actor Shreya Dhanwanthary posted a video on Twitter of herself, Manoj Bajpayee, Sharib Hashmi, Sunny Hinduja and Aritro Banerjee performing a specially choreographed gig on the Raj and DK created show’s title track.

Sharib Hashmi aka JK Talpade retweeted the fun video and revealed that it was all choreographed by Shreya. “So much fun we had shooting this. Conceptualised, choreographed, edited and directed by @shreya_dhan13,” read his tweet.

Shreya Dhanwanthary, who sustained injuries in season one, was seen in a cameo in the second season. While Sunny plays Milind, Aritro is seen in the role of Punit.

Earlier in the day, Sharib Hashmi also posted a candid click from the sets of The Family Man. The Instagram photo featured Manoj Bajpayee, Sunny Hinduja and Shahab Ali (Sajid). The caption read, “Going through all the love you guys are showering on us. Keep them coming. Bigggg biggg thankoooo with biggg biggg jhappis.”

Even Shahab asked the audience whether they liked the single-shot sequence in The Family Man 2, where his character rescues Raji from police custody. “Did you like the “one shot” sequence of Police Station attack where Raji is rescued by Sajid and team?” he wrote in the post.

Sunny Hinduja also posted a picture with his directors Raj and DK. Check out all the posts shared by the cast members of The Family Man 2:

The Family Man 2 also marks the digital debut of south star Samantha Akkineni who plays Srikant’s nemesis Raji. Samantha on Monday also shared a behind-the-scenes clip of her stunts and how she managed to jump off a building and pull it off without any body double.