As The Kapil Sharma Show shoot begins, Bharti Singh has accepted that TV artistes had to take a cut in their salaries. She said she tried to negotiate but realised that TV industry is passing through tough times. 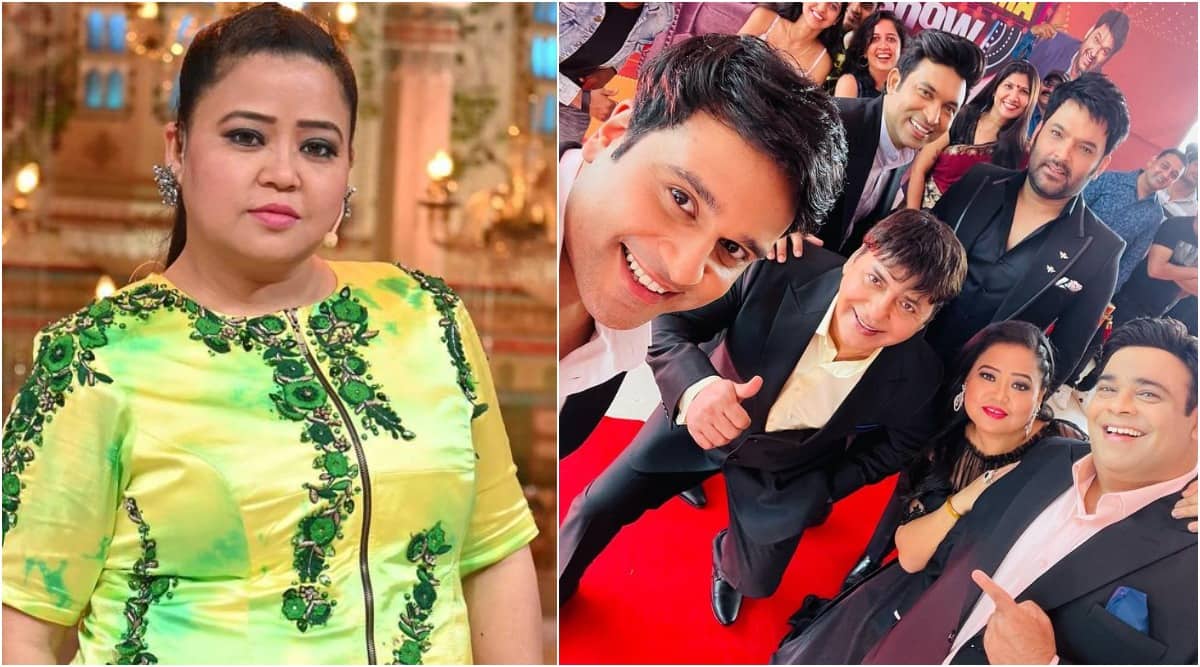 Entertainment industry is still reeling from the pandemic — shoots were cancelled, sponsors pulled out, channels cut down their budgets and artistes had to deal with pay cuts, and even no work. As per reports, Bharti Singh, who is currently hosting Dance Deewane 3, took a 70 per cent cut, and will also take just 50 per cent of her usual remuneration for the upcoming season of The Kapil Sharma Show.

While not commenting on the exact figures, the comedienne confessed that she did try to negotiate, however, she reflected on the recent times and decided to accept the cut. Bharti added that everyone is trying to get back on their feet, and she is hopeful things will sort out soon. The set of The Kapil Sharma Show is being given final touches for the team to resume shooting soon.

“I guess everyone felt the pinch when they were asked to take a pay cut, and I was no exception. I also negotiated a lot over it. However, when I reflected on the recent times and what has unfolded in the last year, I realised itna kaam band ho gaya hai (work has stopped). TV and shows ko sponsors nahi mil rahe hain toh channels kahaan se paisa laayein (how will channels get money if there are no sponsors),” Bharti told TOI.

The ‘laughter queen’, as she is fondly called, went on to add that it is her way to give back to the people with whom she’s worked all these years. She also added that she feels the technicians should get full payment even when artists don’t. “Itne saal hum ek channel par kaam karte hain aur woh hamaari har baat maante hain, toh aaj jab woh saamne se help maang rahe hain toh mujhe nahi lagta hai ki kisi bhi artiste ne mana kiya hoga (They listened to us and fulfilled all our requests and demands when things were fine. Now that they are asking for help, I don’t think anyone will say no). I know sabke paise cut rahe hain. I feel jo set pe technicians hain, unke paise nahi cut nahi karne chahiye. We are working together and trying our best to stay afloat. So, I don’t think anyone had an issue in taking a pay cut.”

Recalling the past few months, Bharti Singh said that there was a time when everyone was sitting at home after shoots were halted. She added that she would wonder when work would resume and be even fine to cut her fee as everyone had to run their homes.

The team of The Kapil Sharma Show recently shot for a promo, and also got themselves vaccinated before going on floors. Sharing her excitement on its comeback, Bharti said that it was important as people need something to laugh, “We are returning after almost seven months. Aise pandemic mein comedy shows aane chahiye.”