Spoiler for Game of Thrones Season 8 Episode 5, “The Bells,” below.

Even though Arya Stark gets within feet of a vulnerable Cersei Lannister in “The Bells,” she doesn’t fulfill what she once thought was her destiny—killing the Lannister queen. Instead, she flees the Red Keep, attempts to save some random woman named Vicky and her daughter, then meets a white horse, which she rides away from the rubble as the episode ends.

Game of Thrones leans heavily into symbolism when it wants to (but not when it should), so the white horse probably has some sort of significance. But what is it? It could just simply be a horse, or it could represent Arya’s arc throughout this entire series. Or it could foreshadow what she does next. Here are some theories. 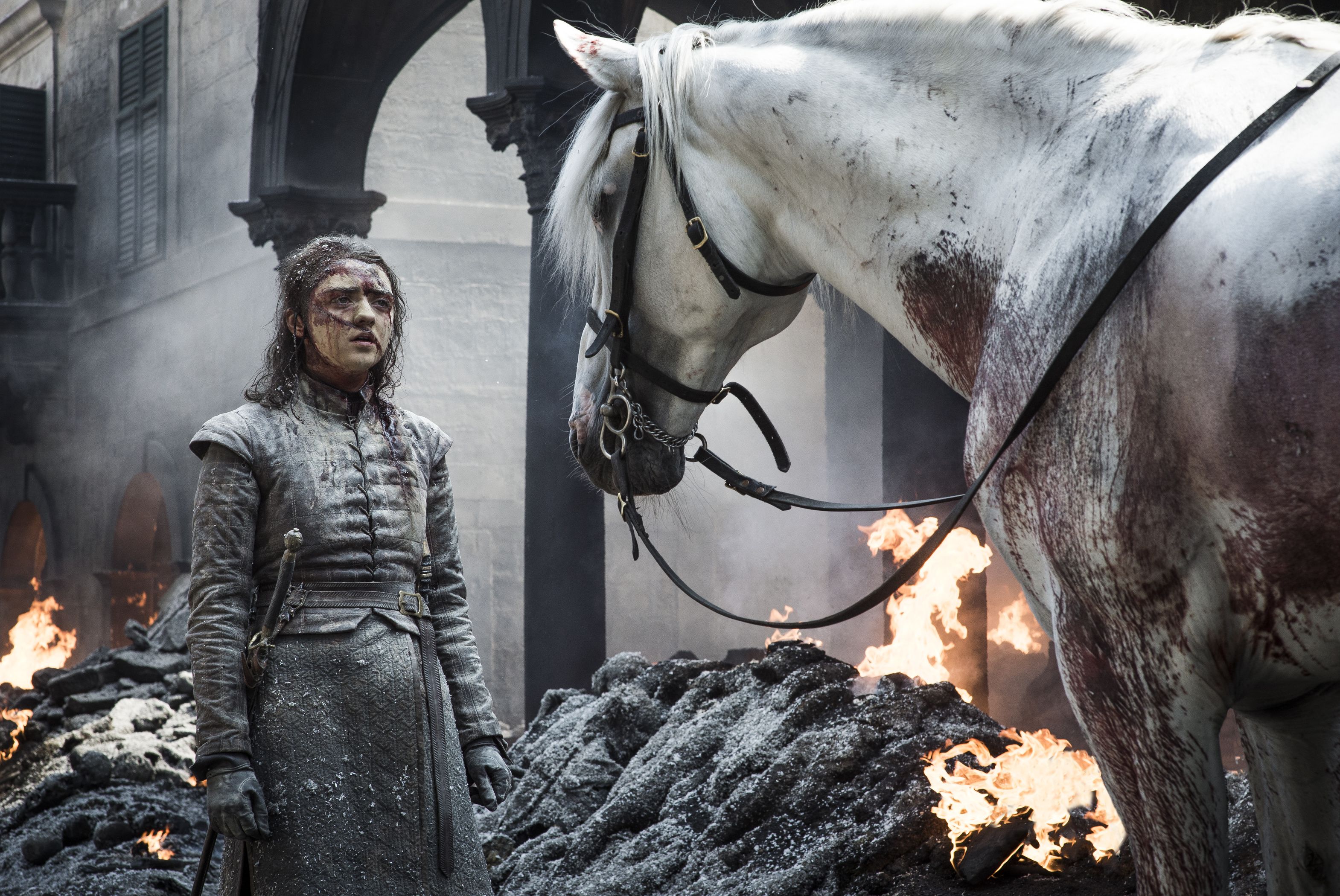 Arya Stark’s entire journey on Game of Thrones has been about revenge. Ever since she witnessed her father Ned Stark’s execution at the Sept of Baelor in Season 1, Arya’s sworn to kill the people responsible. Especially Cersei Lannister.

Arya leaves Winterfell on a black horse on a mission to kill Cersei, the final name on her Kill List, at the end of Season 8 Episode 4. But when she and the Hound realize the Red Keep is falling, he encourages her to let go of her revenge and live a better life than he did. In one of the only touching moments in the episode, Arya calls him by his first name, Sandor, for the first time, thanks him, and proceeds to get the hell out of the city on a white horse.

This is simple but understandable statement, and an earned cap to Arya’s path. However, the show’s writers are likely going for a more “subversive” twist than this.

The horse is Bran.

Although the show’s own writers seem to have forgotten this, Bran has warging abilities, which means he can enter the minds of animals (and Hodor). Bran’s powers have grown significantly over the past few seasons, so much so that we don’t understand them, what he’s doing with them, or why he even has them in the first place. Bran could’ve been watching the attack on King’s Landing from the godswood in Winterfell and saw that Arya needed help, and warged into the horse. In that case, the question we’d want answered is whether or not Arya knew the horse was Bran.

This one is one of the most popular theories circulating on Reddit right now, but it’s a stretch considering Game of Thrones has never touched on Christian imagery. The horse could be a reference to a passage in the Bible foreshadowing Arya’s future, with the white horse representing the stallion of Death ridden by one of the Four Horsemen of the Apocalypse, per the Book of Revelation:

This could mean Arya has become Death, and she will kill Queen Daenerys and send her to one of the seven hells—which Daenerys, ironically, unleashed onto King’s Landing. The only problem with this interpretation is that it completely erases Arya’s decision to take the Hound’s advice and let go of her life as a revenge-thirsty killer minutes earlier.

Maybe the horse doesn’t mean anything at all. Maybe the horse simply exists to allow Arya to safely leave King’s Landing. Maybe the writers just thought the horse looked nice, and wanted to throw the audience for a loop by wasting precious screen time on a horse with zero significance. This is definitely it. What a great way to spend our last few moments with a character we love and have watched grow for almost a decade!