The decision was announced by Chief Executive Carrie Lam in a press conference, who said that the bill has caused intense division in the society and she had heard the calls for her government to "pause and think." 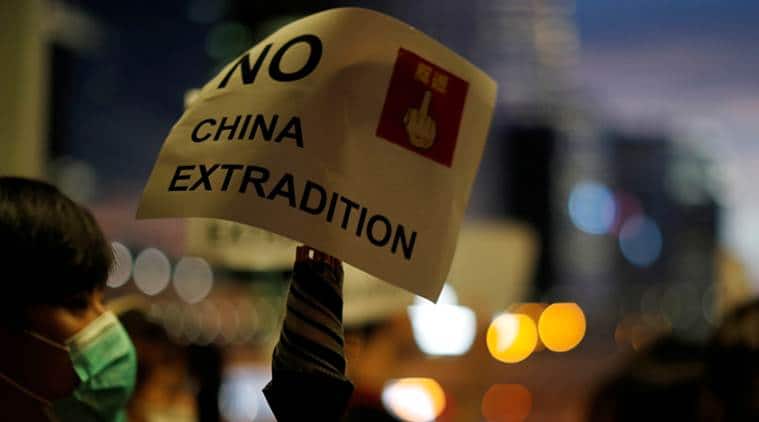 Amid extreme protests and boycotts, the Hong Kong government Saturday suspended the controversial legislation which allowed extradition of some suspects to stand trial in mainland China. The decision was announced by Chief Executive Carrie Lam in a press conference, who said that the bill has caused intense division in the society and she had heard the calls for her government to “pause and think.”

According to Reuters, support for the extradition bill began to crumble on Friday with several pro-Beijing politicians and a senior advisor to Lam saying discussion of the bill should be shelved for the time being.

People in large number came out on streets in protests against the law last Sunday and conducted wide demonstrations resulting in a confrontation with the security forces. Street demonstrations through the week were met with tear gas and rubber bullets from police, plunging the city into turmoil and piling heavy pressure on Lam. Another protest was planned for this Sunday. “I have to admit in terms of explanation and communication, there were inadequacies. We have to bear in mind the greatest interests of Hong Kong,” Lam was quoted as saying by BBC.

The chief executive had previously said the extradition law is necessary to prevent criminals using Hong Kong as a place to hide and that human rights will be protected by the city’s court which will decide on case-by-case basis extradition.

Last Sunday’s protest in the former British colony was the biggest political demonstration since its return to Chinese rule in 1997 under a “one country, two systems” deal. The agreement guarantees Hong Kong’s special autonomy, including freedom of assembly, free press and an independent judiciary.

(With inputs from BBC, Reuters)

Anatomy of a lie: How Iran covered up the downing of an airliner

Fear of closure leaves AFT workers in the lurch

Monday Memes: The hot-new trend on LinkedIn, Facebook, Instagram and Tinder has got everyone from Ayushmann Khurrana to Diljit Dosanjh hooked | Bollywood Life
We and our partners use cookies on this site to improve our service, perform analytics, personalize advertising, measure advertising performance, and remember website preferences.Ok