It comes at a time when Europe’s political landscape looks ever more fragmented and the once-mighty traditional parties of the center-left and center-right have lost ground to a host of new political actors, not least on the extremes. 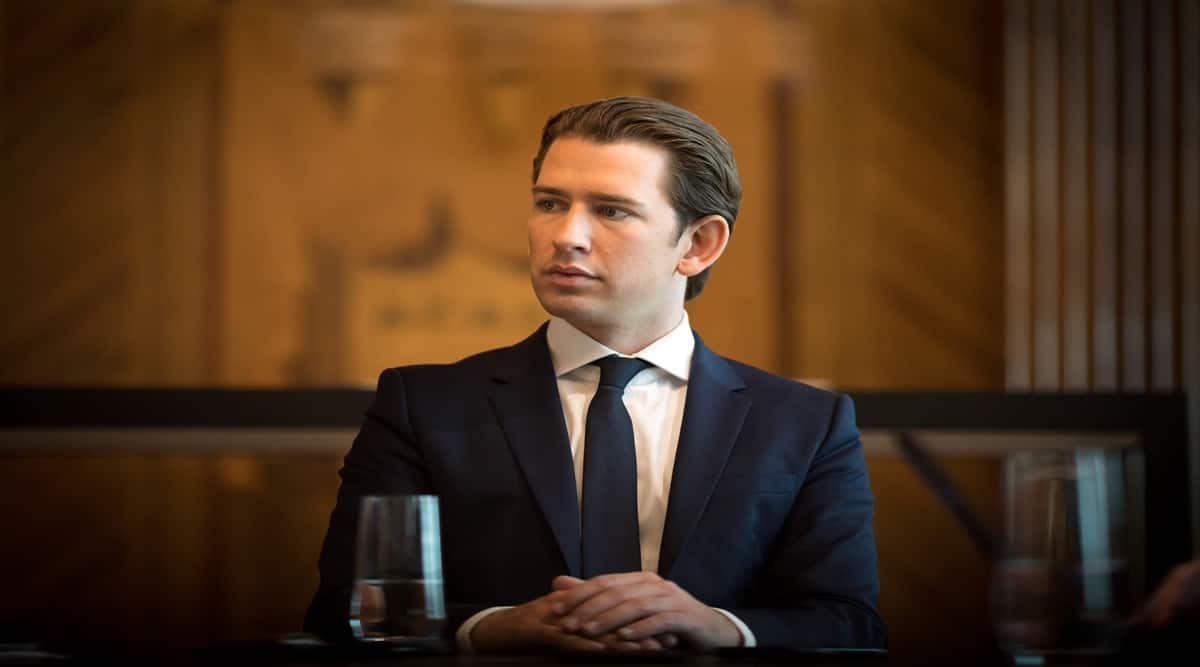 When Sebastian Kurz first became chancellor of Austria the whole of Europe sat up. Only 31, he had turned around the fortunes of his ailing conservative party and almost overnight become a role model for struggling center-right leaders elsewhere on the Continent.

Four years later, Kurz has been forced to resign amid a criminal investigation into allegations that he used public money to manipulate opinion polls and that he paid off a tabloid newspaper for favorable coverage.

His downfall is unique to Austria but it could reverberate far across Europe.

It comes at a time when Europe’s political landscape looks ever more fragmented and the once-mighty traditional parties of the center-left and center-right have lost ground to a host of new political actors, not least on the extremes.

Youthful and media-savvy, Kurz styled himself as someone who had a formula for how to preserve a capacious center amid the disruption. He adopted the anti-immigrant language of an ascendant far right and refashioned his traditionally staid People’s Party into a political movement that attracted hundreds of thousands of new supporters.

“Why don’t we have someone like that?” lamented the German tabloid Bild in October 2017.

But the recent allegations against him and a trove of evidence that has already been released suggest that the very communication strategy that won him conservative votes at home and admiration in conservative circles abroad was at best “deeply immoral” and at worst illegal, said Thomas Hofer, a longtime observer of European politics and an independent political consultant in Vienna.

“What we’re seeing in Austria is the collapse of a new narrative for conservative parties in Europe,” said Hofer. “Internationally, the Kurz model was something others looked at very closely as a possible answer to far-right populists.”

All around Europe, ailing traditional center-right parties have struggled to reinvent themselves, at times flirting with the temptation to tack further to the right.

In neighboring Germany, the Christian Democrats of Chancellor Angela Merkel, who have governed the country 52 of the last 72 years — including the last 16 — lost spectacularly in last month’s election. It was their worst election result ever.

In France, where five of the eight presidents since the inception of the Fifth Republic in 1958 have been conservatives, the traditional center-right has not won any national elections since 2007.

And in Italy, Christian Democrats co-governed for nearly half a century after World War II, but over the past two decades the political right has increasingly radicalized and fragmented.

One of the few successful center-right leaders left in Western Europe is Prime Minister Boris Johnson in Britain — and he, much like Kurz, co-opted not just the nationalist anti-immigrant rhetoric of populists but also their aggressively symbiotic relationship with tabloids.

Some analysts say that recent events in Austria suggest that Kurz’s political strategy is not a viable long-term strategy to revive centrist conservatism.

“Kurz is someone who has taken a traditional center-right party, dragged it into populist mode and is now in big trouble,” said Timothy Garton Ash, professor of European history at Oxford University.

One lesson, Garton Ash said, is that the decline of traditional catchall parties on both the right and the left is structural — and probably irreversible.

“The big parties of the center-right and center-left which dominated in Western Europe after 1945 are not what they were and unlikely ever again to be what they were,” he said.

Across Europe, elections have revealed a more fragmented society, one that increasingly defies traditional political labeling.

For much of the postwar era, European countries tended to have a large center-left party and a large center-right party. The center-left parties championed a working-class organized in powerful labor unions, while the center-right gathered up a broad array of middle- and upper-class voters, from conservative churchgoers to free-market business owners. It was not unusual for one camp to get 40% of the vote.

Social Democratic parties lost that status a while ago. With union membership declining and parts of the traditional working-class constituency abandoning the center-left, its share of the vote has shrunk since the early 2000s.

If the crisis of social democracy has been a familiar theme over the past decade, the crisis of conservatism is now on full display. Still, even if the conservative parties of old have shrunk, many of their policies remain dominant in Europe, analysts point out.

“If you look at Germany, France or Italy, it’s not classic center-right conservatives that won elections or are in power, but the policies in place are traditionally center-right,” said Dominique Moïsi, a political scientist and senior adviser at the Paris-based Institut Montaigne.

In France, President Emmanuel Macron blew up the French party system by winning elections with his En Marche movement, but the pro-European market liberal once considered center-left has recently tacked sharply right.

Mario Draghi, Italy’s prime minister, has no party affiliation, but as a former president of the European Central Bank is seen as a centrist.

Even in Germany, where a Social Democrat narrowly won the recent election, the party’s candidate for chancellor, Olaf Scholz, served as Merkel’s finance minister and is in some ways more associated with her outgoing government than with his own party.

“The clear-cut division of left and right that dominated European politics has been blurred and no longer truly applies,” Moïsi said. “The extreme right is far more extreme. The center-right is moving even more so to the center, and the classical left has either completely imploded like in France or is fighting for survival with the Greens. And so you have a political landscape that is much more fragmented than it used to be.”

That has not stopped some leading politicians from looking for ways to resurrect the past — and looking to Kurz as a model.

“You can see in Austria that Sebastian Kurz manages as a young conservative politician to be No. 1 with young people,” Tilman Kuban, leader of the youth wing of Germany’s conservatives, said days after his party’s devastating election defeat.

Christoph Ploss, head of the Christian Democrats in Hamburg, also pointed to Austria as a “good example” of how to revive conservatism. “Over there,” he said, “the partner party came back up with a clear direction.”

Both men declined to comment when asked last week whether the allegations against Kurz had changed their views.

What exactly Kurz’s resignation means is hard to say. He resigned as chancellor Saturday after his coalition partners, the Greens, said they could not continue governing with him in light of the current allegations, and threatened a vote of no confidence. But he remains party leader and a lawmaker in Parliament.

Some predict that even after his anointed successor and loyal ally, Foreign Minister Alexander Schallenberg, is sworn in as chancellor Monday, Kurz will still hold the reins and may even stage a comeback at some point.

It would not be the first time he reinvented himself.

Once a conservative youth leader, who distributed branded condoms as a campaign gag and eventually earned a reputation as a liberal integration minister, Kurz veered sharply to the right, winning elections and entering into a coalition with the far-right Freedom Party.

After his first government imploded two years ago, he won reelection and increased his party’s share of the vote even more. He then went into an unlikely coalition with the far smaller Green Party.

In many ways, Kurz is less representative of traditional conservatism and more typical of the political opportunism associated with a new strain of right-wing politics that has evolved in Europe in the space between the center-right of old and a crop of noisy far-right parties on the extreme.

The temptation to move right is unlikely to vanish entirely, even after the scandals engulfing Austria, he said.

“Arguably the most dangerous populists are the ones who look least like populists,” Garton Ash said. “That is true of Johnson, and that was true of Kurz.”