Bernie Sanders has so far prevailed by expanding his appeal among traditional Democratic voters, not by driving record turnout. 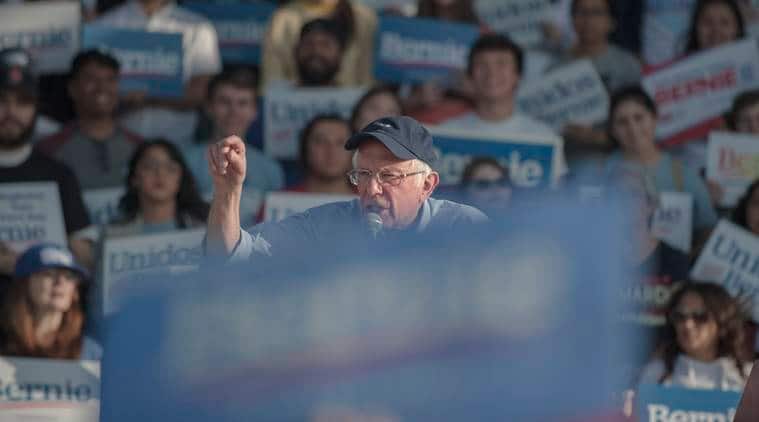 It is the most politically provocative part of Sen. Bernie Sanders’ campaign pitch: that his progressive movement will bring millions of nonvoters into the November election, driving record turnout especially among disaffected working-class Americans and young people.

And yet despite a virtual tie in Iowa, a narrow victory in New Hampshire and a big triumph in Nevada, the first three nominating contests reveal a fundamental challenge for Sanders’ political revolution: He may be winning, but not because of his long-standing pledge to expand the Democratic base.

The results so far show that Sanders has prevailed by broadening his appeal among traditional Democratic voters, not by fundamentally transforming the electorate.

In Iowa, for instance, turnout for the caucuses was lower than expected, up 3% compared with 2016, and the increase was concentrated in more well-educated areas where Sanders struggled, according to a New York Times analysis; in the Iowa precincts where Sanders won, turnout increased by only 1 percentage point.

There was no sign of a Sanders voter surge in New Hampshire either, nor Saturday in Nevada, where the nearly final results indicated that turnout would finish above 2016 but well short of 2008 levels, despite a decade of population growth and a new early voting option that attracted some 75,000 voters. The low numbers are all the more striking given the huge turnout in the 2018 midterm elections, which was the highest in a century.

There was also no clear evidence across the early states of much greater participation by young people, a typically low-turnout group that makes up a core part of Sanders’ base and that he has long said he can motivate to get out to the polls. And Sanders has struggled to overcome his long-standing weakness in affluent, well-educated suburbs, where Democrats excelled in the midterm elections and where many traditionally Republican voters are skeptical about President Donald Trump’s performance, meaning they could be up for grabs in November.

Because the moderate wing opposing Sanders, a Vermont liberal, is so fragmented, the lower-than-hoped-for turnout has not slowed his ascent. Sanders aides point to the simple fact that he has won, finishing atop all three states with a coalition of young people, working-class voters and people of color — which was crucial to his victory in Nevada. And they say it is still early.

But many Democrats believe that for a general election, their nominee will need to pull in new voters, including those who sat out 2016 and moderate Republicans repelled by Trump. Even some inside the Sanders campaign expressed concern about the race’s initial turnout.

“I grant that the turnouts aren’t at the level that we would hope,” Rep. Ro Khanna of California, one of the campaign’s national co-chairs, said before the Nevada caucuses.

“Do I think that there is room for growth,” he said, “and do I think that Sen. Sanders would have liked the numbers to have been even further up among voters of color, among young voters, among working-class voters? Absolutely.” 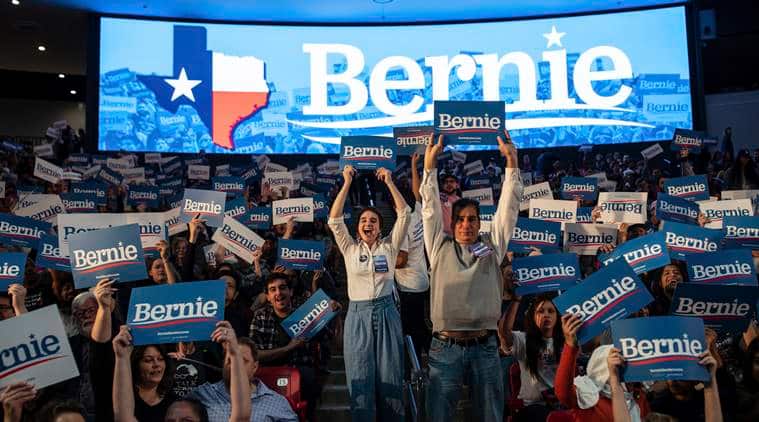 Khanna expressed confidence that the numbers would increase in a general election contest against Trump but said that the campaign had to “keep pushing harder.”

On the campaign trail, Sanders, 78, has proclaimed that his “is the campaign of energy, is the campaign of excitement, is the campaign that can bring millions of people into the political process who normally do not vote.” In rallies in Texas over the weekend, as his resounding victory in Nevada was becoming clear, he conveyed an air of triumph, drawing enormous crowds as his campaign made plans to solidify his front-runner status by Super Tuesday on March 3.

“If the cameras turn on this crowd, and our friends in Wall Street and the drug companies see this kind of crowd, you’re going to really get them nervous,” Sanders declared to thousands at a rally in Austin on Sunday.

Sanders’ rivals have rejected the premise that he will expand the Democratic Party’s base, saying he is too rigid in his worldview. “Sen. Sanders believes in an inflexible, ideological revolution that leaves out most Democrats, not to mention most Americans,” Pete Buttigieg, the former mayor of South Bend, Indiana, said in his concession speech in Nevada on Saturday.

As Sanders and his opponents prepare for the South Carolina primary on Saturday, The Times’ analysis of the first three states show some challenging signs for his goal of producing a surge in turnout. In New Hampshire, for instance, turnout increased far less in townships he won than it did in townships won by Buttigieg and by Sen. Amy Klobuchar of Minnesota.

The share of the electorate made up of first-time Democratic voters also decreased in Iowa, New Hampshire and Nevada compared with 2016. And unlike four years ago, when Sanders mobilized far more first-time voters than Hillary Clinton did (averaging a 30-point lead over Clinton across the three states), he had only a modest 10-point edge over his closest rival, Buttigieg, in that metric this time around.

Among young people, entrance poll data showed that the share of those voters remained essentially unchanged across the three early states. Participation was basically flat in precincts and townships in New Hampshire and Iowa where 18- to 24-year-olds made up more than 50% of the population.

For months, Sanders has consolidated support on the left and successfully parried challenges from moderates in the race. He has amassed the largest war chest of any Democratic candidate and has an army of loyal supporters. His aides and advisers are optimistic about his path to the nomination as the most crucial delegate-rich phase of the race approaches.

“His movement is working, which is evidenced by the fact that he is winning,” Weaver said.

Although Sanders has not yet realized his goal of spurring greater voter turnout, there are signs his campaign strategy is flourishing in other respects. One of the biggest changes between his previous presidential bid and the one this year is that he now seems to fare as well among nonwhite voters as his nearest rivals.

In Nevada, Sanders won nonwhite voters by a 19-point margin, according to an entrance poll, far greater than his 10-point margin among white voters. The result is consistent with recent national surveys, such as ones this month by Monmouth University and NBC/Marist, which show Sanders winning a higher vote share among nonwhite than white voters. 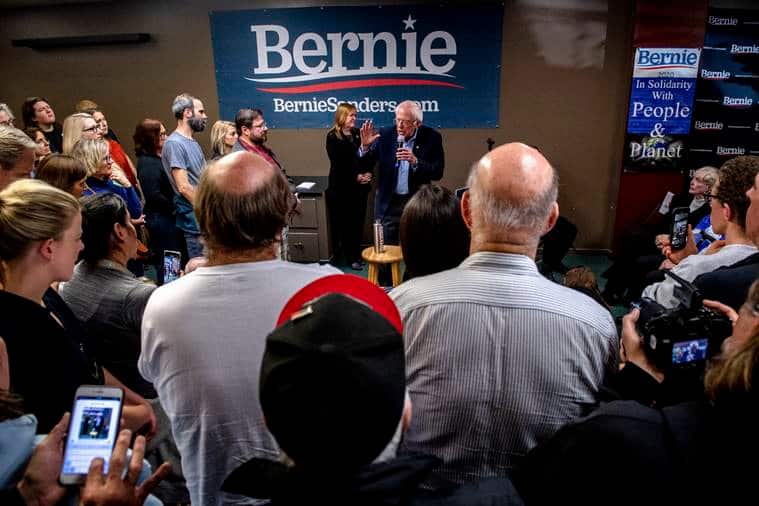 His campaign aggressively courted Latinos in the state for months, sending out mailers, knocking on doors and making calls urging them to caucus. In the end, Sanders won Latino voters by an overwhelming 51% to 17% margin, according to the entrance polls, a feat that would leave him well positioned in Texas and California on Super Tuesday.

Yet Latino voters, surprisingly, appeared to represent an even smaller share of the Nevada caucus electorate than they did four years ago, according to entrance poll results, even as the same polls showed Sanders riding their overwhelming support to victory statewide.

Larry Cohen, a longtime adviser to Sanders who serves as chairman of Our Revolution, the organization that spun out of the senator’s 2016 presidential campaign, said it was incumbent upon grassroots groups and the 2020 campaign “to demonstrate that we can significantly boost turnout,” especially in swing states like Pennsylvania, Michigan and Wisconsin.

During a rally at the University of Houston on Sunday after his commanding victory in Nevada, Sanders — as he had in Iowa, New Hampshire and Nevada — aspired to a “large voter turnout” on Super Tuesday, when voting takes place in Texas and 13 other states.

Saying he wanted to motivate “working people and young people, people who have given up on the political process, people of all shades who believe in economic justice, social justice, racial justice, environmental justice,” he forecast a victory in Texas both in the primary and against Trump in November.