More than a million people reportedly took part in a protest to amend the Fugitive Offenders Ordinance. 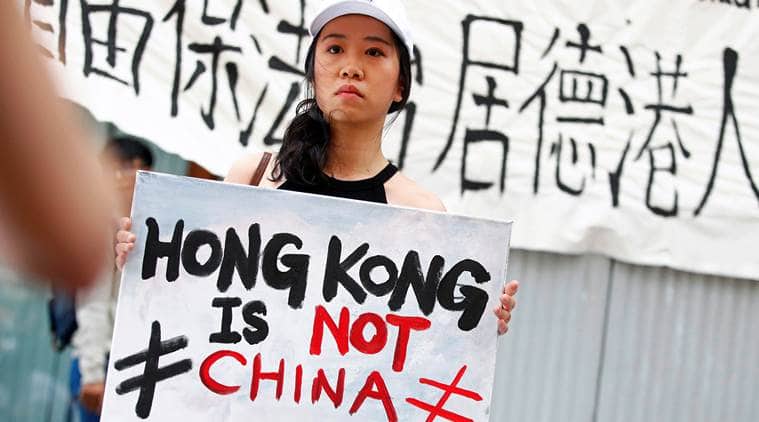 A day after Hong Kong witnessed a unified protest march with hundreds of thousands of people taking to the streets to oppose the government’s extradition Bill, the Chinese government on Monday blamed “foreign forces” and said it “resolutely” opposed the “wrong words and deeds of any foreign forces” that interfere in the Hong Kong Special Administrative Region’s (SAR) legislation. An editorial in the state-run China Daily also noted that “…foreign forces are seizing the opportunity to advance their own strategy to hurt China by trying to create havoc in Hong Kong.”

At a Ministry of Foreign Affairs regular press briefing here, Chinese foreign ministry spokesperson Geng Shuang stressed: “First, the central government will continue to support the Hong Kong SAR government in advancing the amendment to the two ordinances. Second, we resolutely oppose the wrong words and deeds of any foreign forces that interfere in the SAR’s legislation.”

More than a million people reportedly took part in a protest to amend the Fugitive Offenders Ordinance. The new legislation if passed will allow the transfer of fugitives to jurisdictions with which Hong Kong lacks extradition agreements which includes mainland China.

To a question on how the Chinese government views the will of the people participating in the protest and whether they were expressing a reasonable demand, Geng said: “There is something worth mentioning. Since February this year, the SAR government has been gathering opinions on the amendment from all sectors in Hong Kong. In response to the views and suggestions, the draft has been modified twice. As far as I know, over 800,000 Hong Kong citizens participated in activities supporting the amendment to safeguard Hong Kong’s security. It fully demonstrates that the endorsement of the amendment by the SAR government is the mainstream opinion in Hong Kong.”

“The concerns of certain people on Hong Kong’s business environment are just unnecessary. Hong Kong is still in a place better than many others in the rankings made by the World Bank and other authoritative multilateral institutions,” he added.

Remember what happened in Gujarat: BJP MLC to AIMIM leader