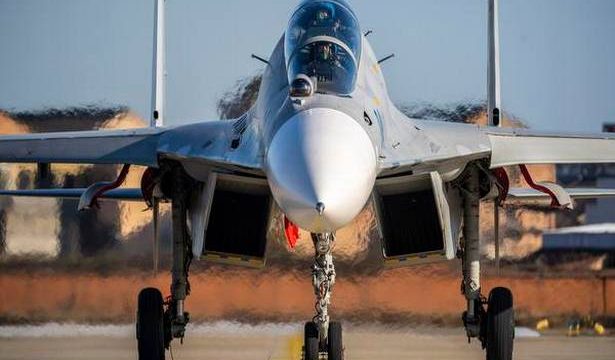 China’s Air Force sent 52 aircraft towards Taiwan on Sunday and Monday in its latest show of force aimed at the island, prompting jets to be scrambled in response.

The Ministry said Taiwan had scrambled jets and issued radio warnings in response.

China has in the past sent aircraft into Taiwan’s ADIZ — but short of entering Taiwan’s airspace — as a show of force or signalling often coinciding with political developments or military exercises.

October last year saw an unprecedented rise in aerial incursions into the ADIZ, and after a record 56 aircraft flew into the ADIZ on a single day last year, Taiwan’s Defence Minister was prompted to describe the cross-strait situation as the most strained he had seen in 40 years.

Reports in the Chinese media suggested the latest aerial intrusions into the ADIZ may have been timed to coincide with recently concluded U.S.-Japan drills. Last year, the intrusions coincided with China’s National Day on October 1 and ahead of the “double ten” National Day celebrated in Taiwan on October 10.

China sees Taiwan as its province, although both have been ruled separately since the end of the Chinese civil war in 1949. Ties have plummeted and Beijing has stepped up pressure, including by weaning away the few remaining countries that maintain formal diplomatic relations with Taiwan, after the election of the Democratic Progressive Party (DPP) and Tsai Ing-wen in 2016. Ms. Tsai was re-elected as President for a second term after a landslide win in 2020.

Beijing has accused the DPP of pursuing “independence”, while Ms. Tsai has said Taiwan only wishes to maintain the current status quo and would “prevent the status quo of being unilaterally altered” by Beijing.