China said it detained Gui on suspicion of illegally providing state secrets and intelligence to overseas parties and endangering state security, according to a Feb. 10 report by the state-run Xinhua news agency that cited police. 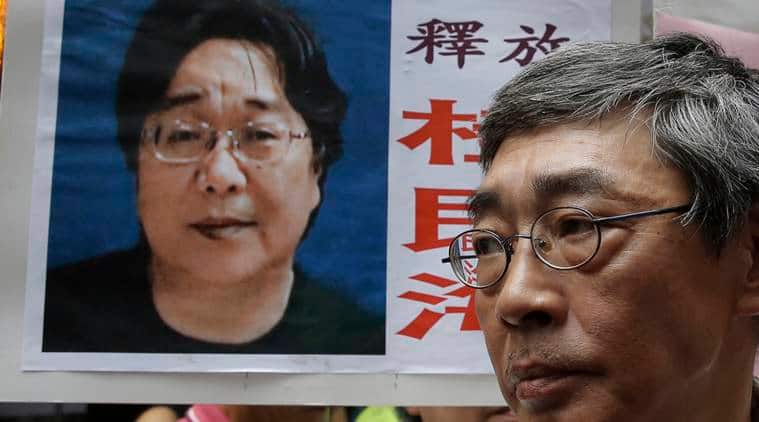 Swedish publisher Gui Minhai was sentenced to 10 years in jail in China and will be stripped of his political rights for five years for “illegally providing intelligence overseas,” in a case that has triggered a diplomatic row between the two countries.

China said it detained Gui on suspicion of illegally providing state secrets and intelligence to overseas parties and endangering state security, according to a Feb. 10 report by the state-run Xinhua news agency that cited police.

Authorities in mainland Zhejiang province filed a case against Gui at a court in Ningbo this January. He pleaded guilty and will not appeal, according to a Monday statement on the court’s website.

It added that Gui, who was born in the mainland and became a Swedish citizen in 1996, had applied to restore his Chinese nationality in 2018. That could make it tougher for him to get help from European diplomats, as China doesn’t recognize dual citizenship.

Patrick Poon, China researcher for Amnesty International, said it was “odd” that Gui would want to resume his Chinese nationality at this time.

“It seems to be the Chinese government’s tactics to stop him from getting any more support from the Swedish government,” Poon said Tuesday by WhatsApp message.

The court said it guaranteed Gui’s rights according to the law, but human rights groups have long denounced his detention.

Gui went missing in Thailand in 2015, one of five Hong Kong booksellers who disappeared around the same time in a crackdown for helping sell books in China that were banned by the ruling Communist Party. He and four other booksellers later surfaced in mainland China.

Tensions over the case flared last year when Swedish Prime Minister Stefan Löfven rejected China’s threats that Sweden would “suffer the consequences” of awarding Gui a freedom of speech prize.

The bookseller’s sentencing comes the month after China’s ambassador to Stockholm, Gui Congyou, caused a diplomatic uproar during an interview with Sweden’s public broadcaster SVT in which he said the Nordic country’s media had “smeared” China.

Gui was initially released from Chinese custody in October 2017, but remained in the mainland under what global rights watchdog Amnesty International said was police surveillance and restrictions on his movement.

Months later, in January 2018, he was taken by plainclothes officers while traveling to Beijing by train in the company of two Swedish diplomats, according to Amnesty. Gui had been traveling to the Chinese capital to seek a diagnosis for what was feared to be Lou Gehrig’s disease, or ALS, an illness of the nervous system.

At the time of his disappearance, Chinese state media said he had been jailed for a drunk-driving incident more than a decade earlier, in which a person was killed.