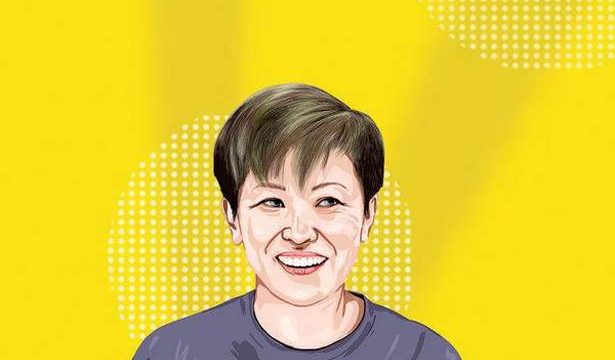 On December 29, 2021, singer Denise Ho became the first celebrity in Hong Kong ensnared under the widening crackdown that has targeted protests and independent media. Ms. Ho and six others were arrested in an early morning raid by 200 police officers targeting the operations of the independent news website Stand News. Ms. Ho was formerly a board member.

If the targeting of yet another independent news outlet, six months after the closure of the prominent pro-democracy newspaper Apple Daily, was probably unsurprising for most residents of Hong Kong, already inured to the steady drip-drop of news detailing the gradual erosion of freedoms in the Special Administrative Region (SAR), the arrest of Ms. Ho came as a shock to her thousands of fans.

A household name for more than a decade, Ms. Ho’s songs in Cantonese and Mandarin are widely popular not only in Hong Kong but on the mainland and in Taiwan. The news organisation’s chief editors and senior staff were among those arrested. Ms. Ho, however, was only a former board member and not directly related to the commentaries that were cited by police authorities as a “conspiracy to print or distribute seditious materials” and an offence under a colonial era law on sedition.

Ms. Ho, who had become an outspoken advocate for democracy in Hong Kong after the 2014 Umbrella Movement and was involved in the months-long pro-democracy protests in 2019, had increasingly become a target for pro-Beijing newspapers in the SAR, who had accused her of conspiring with foreign forces. But for her fans, Ms. Ho had become a symbol of Hong Kong’s uniqueness, as an artist who reflected both the city’s influential entertainment industry and its vibrant democracy. With her arrest, she has become a symbol of another kind: of the gradual erosion of freedoms in the only democratic enclave within China.

Born in 1977 in Hong Kong, Denise Ho Wan-sze is the daughter of school teachers. After her education in Canada, Ms. Ho, who is fluent in Cantonese, English and Mandarin, returned to Hong Kong and after success at a talent competition, broke into its music industry. Under the mentorship of perhaps the most renowned Hong Kong Cantopop singer Anita Mui, Ms. Ho’s star rose quickly, and she counted among her legions of fans not only Hongkongers but those on the mainland and in Taiwan.

As was the case for most Hong Kong celebrities, much of Ms. Ho’s fortunes came from the large mainland market. By some estimates, it accounted for 80% of her income. In 2014, Ms. Ho put that income on the line by joining the young protesters who took to the streets in what came to be called the Umbrella Movement. She was the exception among Hong Kong’s celebrities in speaking out, despite calls from the Chinese state media for fans to boycott public figures who involved themselves in the protests. Asked about the backlash, Ms. Ho told the South China Morning Post (SCMP) she “valued democracy and social justice far higher than money”. The previous year, Ms. Ho had recorded another first. She became the first Hong Kong celebrity to come out as a lesbian and subsequently became a prominent advocate for the rights of the LGBT community. When millions of Hongkongers took to the streets in 2019 for months of protests calling for direct elections and full democracy, Ms. Ho joined them, and was a frequent presence on the streets, dressed like many of the young protesters in black.. Her support to the protests, coupled with her addressing the UN Human Rights Council on Hong Kong’s issues, brought her firmly on to the radar of the authorities. Ms. Ho angered Beijing by calling for China to be dropped from the UNHRC, telling the body that “one country, two systems”, the model that had guaranteed Hong Kong its freedoms after its return to China in 1997, was “nearing its death”Ms. Ho subsequently became a regular target for Hong Kong’s pro-Beijing newspapers after her UNHRC speech. The attacks on her intensified after the passing of a new national security law in 2020 that listed harsh penalties for subversion, secession and collusion with foreign forces, further shrinking the space for expression.

Reflecting the changed climate, Ms. Ho was last year barred from performing at one of Hong Kong’s biggest theatres, shortly after commentaries in Wen Wei Po and Ta Kung Pao, Hong Kong’s two most well-known pro-Beijing newspapers with ties to the authorities, took aim at her activism and accused her of collusion with foreign forces. What made Ms. Ho popular in Hong Kong was her individuality, as well as the fact that she was the exception to the majority of the city’s stars who prioritised the mainland market and carefully stayed out of politics. Some, like the action star Jackie Chan, serve as members of China’s upper house, or the Chinese People’s Political Consultative Conference.

Pang Chi-ming, a cultural critic, remarked in 2014, on Ms. Ho’s involvement in the protests that year, that she had bucked the trend of a gradual depoliticisation of Hong Kong’s entertainment industry. “During the 1960s, celebrities in Hong Kong had political affiliations,” he told the SCMP in an interview, with “film studios that were pro-communists often compet[ing] with those supporting the Kuomintang.”

“But making money became the focus in the 1980s, and the importance of politics had been downplayed," he said. "But Ho’s move is significant, as she opens a new window to a different world to her followers.” With the changes in Hong Kong, however, that window has now closed.