Some said they never talked to an immigration agent. Others said they’d been tricked — told they were being released or sent to Florida, and instead packed on a plane to Port-au-Prince, where they landed on Sunday, some in hand and ankle cuffs after protesting. 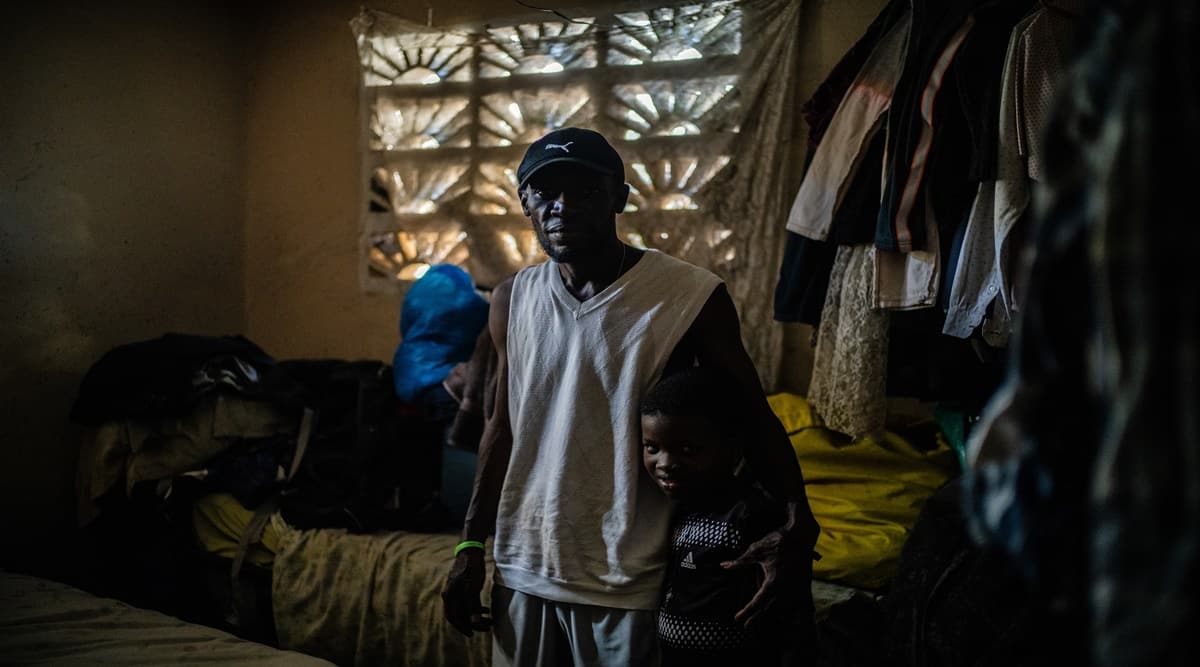 The Haitian migrants had done well for themselves. Since leaving their country, many more than a decade ago, they had built lives in Chile, Brazil, Panama. They had homes and cars. They had stable jobs as bank tellers, welders, mine supervisors, gas station attendants.

But they longed for the possibility of a better a life in the United States, under a president who had protected Haitians in the United States from deportation and many believed would relax entry requirements. So they sold their belongings, left their jobs and pulled their kids out of school. And they headed north.

But instead of the reception they’d expected, they were detained in the small border town of Del Rio, Texas, and without warning deported — to Haiti, a broken country many no longer recognized — in a head-spinning sequence that left them feeling mistreated and betrayed.

Some said they never talked to an immigration agent. Others said they’d been tricked — told they were being released or sent to Florida, and instead packed on a plane to Port-au-Prince, where they landed on Sunday, some in hand and ankle cuffs after protesting.

“I thought the United States was a big country, with laws. They treated us terribly,” said Nicodeme Vyles, 45, who had been living in Panama since 2003, working as a welder and carpenter. “They didn’t even give me an interview with an immigration agent.”

“What am I going to do?” he asked, sitting in small yard of the house of his younger sister, whom he saw for the first time in 18 years after she answered his desperate call from the airport on Sunday. “I don’t know this country anymore.”

Vyles and about 300 other Haitians who landed on Sunday were the first among some 14,000 migrants who authorities in the country expect over the next three weeks.

As the first three flights arrived, Haitian officials beseeched the United States to grant a “humanitarian moratorium,” as their country reels from the assassination of its president in July and a powerful earthquake in August.

But the Biden administration, facing the highest level of border crossings in decades, has enforced policies intended to slow the entry of migrants. The Haitian deportations are consistent with those policies, officials said this weekend. 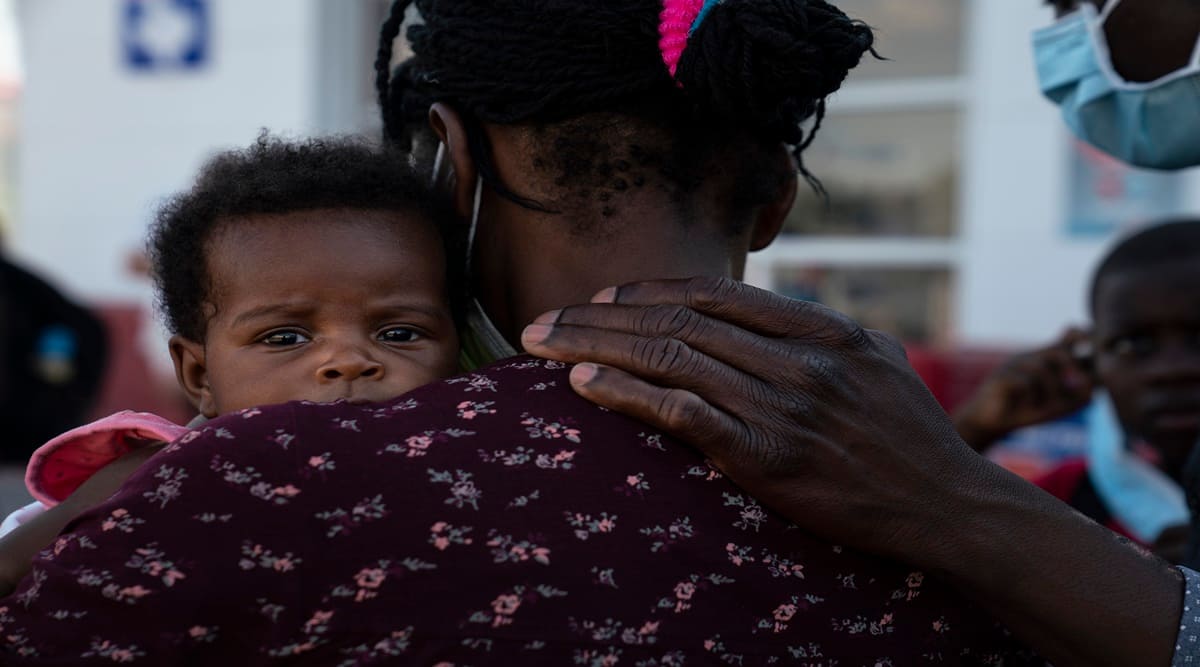 Alejandro Mayorkas, the secretary of the US Department of Homeland Security, said Monday that while the United States has extended protection for Haitians who had arrived in the country before July 29, those who arrive now are not covered.

“We are very concerned that Haitians who are taking this irregular migration path are receiving false information that the border is open or that temporary protected status is available,” he said during a news conference in Del Rio, where thousands of Haitians have been camped out. “I want to make sure that it is known that this is not the way to come to the United States.”

“Trying to enter the United States illegally is not worth the tragedy, the money or the effort,” he added.

A department spokeswoman, Meira Bernstein, did not respond to a question about claims that deportees were told they were going to Florida.

Clarity on US policy is of no use to Vyles and others who left their homes months ago, believing Biden would reverse the anti-immigration stance taken by his predecessor, Donald Trump. Vyles is still in shock at finding himself back in Haiti.

In Panama, he fell in love, had children, and became a licensed welder and carpenter, earning $60 a day — a good income by the standards of Haiti, where many live with no running water, no electricity, no prospects of work, and the constant fear of kidnapping and extortion by gangs. In Colón, Panama, on the Caribbean, his children went to school for free, and he never worried walking the streets, even at night.

He said his girlfriend and their youngest child were living in Maryland, under special protection afforded to Haitians who were displaced by the devastating 2010 earthquake. Hoping to bring his family together again, he decided to risk it all.

He pulled their 9-year-old son, Nickenson, out of fourth grade, and began what would be a three-month voyage. They traversed several countries, waded across rivers, and spent time in a Mexican jail and then in a dusty ditch near the Del Rio international bridge.

“It was the worst experience in my life,” he said in a rusty Creole sprinkled with Spanish phrases.

After four days in US detention, he was told by a Spanish-speaking agent that they would be sent to a less crowded place and then released, he said.

Others said they had been told they were being sent to Florida, where they also expected to be released.

“We weren’t treated like humans, but like animals parked somewhere,” said Aminadel Glezil, 31, from the house of a sister-in-law he met for the first time once he arrived in Haiti on Sunday.

He said he had sold his house in Paine, Chile, along with all its furnishings and his car, to make the trip with his wife and two children to the U.S. border.

Once he was on an airport shuttle, heading to a plane, he realized he was being deported, he said, and began to protest that he had never seen an immigration official and had no deportation order. He said he was beaten by officers and handcuffed for the flight.

“I couldn’t believe a powerful country like the U.S. would treat us that way,” he said.

Many of the migrants said they spent their life’s savings on the arduous trip, on foot and by bus, to the United States.

Some described the long march across a stretch of jungle along the border between Panama and Colombia called the Darien Gap, saying they stumbled past the cadavers of fellow travelers.

“I saw this guy lying down. I thought he was sleeping. But when I touched him, I found he was dead,” said Claire Bazille, who left the life she’d built over six years in Chile’s capital, Santiago, and traveled for two months carrying her son to reach the United States.

Despite receiving billions of dollars in reconstruction aid after a devastating earthquake in 2010, Haiti is a dangerous and politically turbulent country.

Armed gangs control many areas. Poverty and hunger are rising. The country’s few institutions are so underfunded as to seem meaningless, and its Parliament, with only 11 elected officials still in office, was stunned this summer by the assassination of President Jovenel Moïse.

Then, last month, the southern peninsula was hit by a 7.2-magnitude earthquake that killed 2,200 people.

Overextended Haitian officials welcomed returnees this week with a meal of rice and beans, a bag of toiletries and the promise of $100 in Haitian currency.

“Despite the meager means, we have decided to accompany our brothers and sister who are returning to their home country,” the country’s interim prime minister, Ariel Henry, said in a video released on social media Sunday afternoon.

But even the $100 did not arrive as expected: Deportees said they got only half or a quarter of that amount. The rest would follow through a money transfer, they were told, once the country’s banks were open.

Deflated and bewildered, the returned migrants spent their first day back trying to decide what to do next.

Some planned to leave as soon as they could and reclaim the lives they had left behind. Others, like Vyles, said he had no choice but to make a life in Haiti. His Panamanian visa expired in 2012.

His biggest worry was for his son, who is Panamanian, and doesn’t speak Creole. It had been five years since he’d seen his mother in the United States.

“Do you think there is a way he could go there to be with his mother?” he asked.