The attack on the woman, Vilma Kari, 65, last week, video of which quickly went viral, was one of a wave of assaults over the past year that have caused mounting fear and anxiety among Asian Americans in New York and across the country. 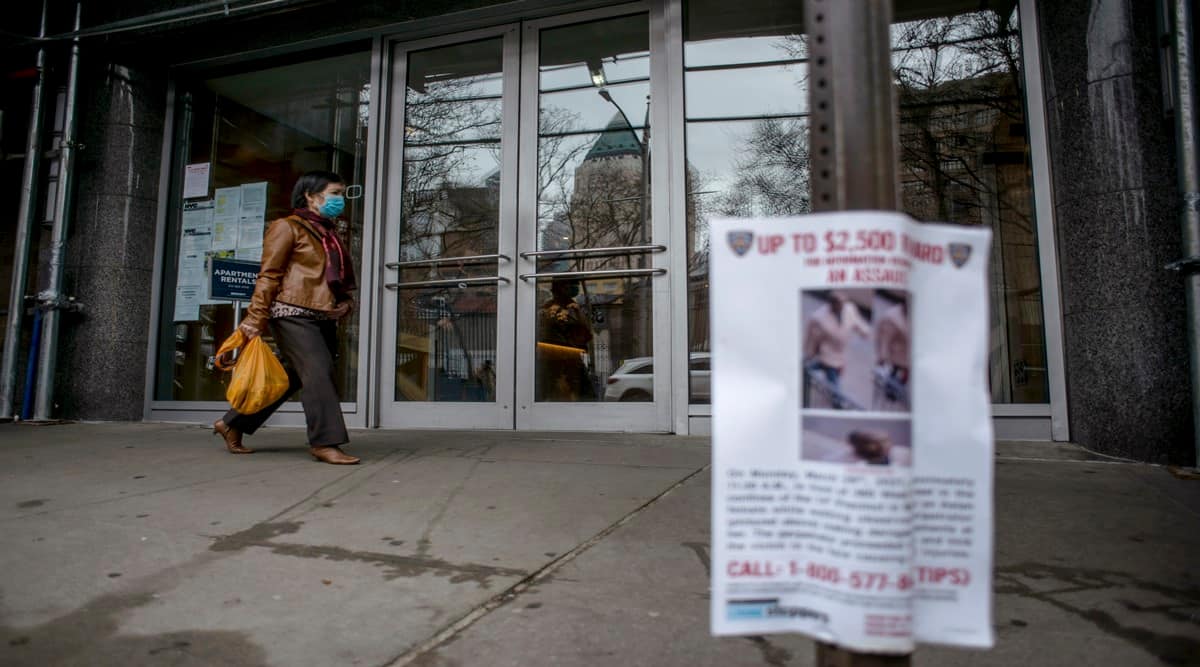 The lobby staff members who closed the door to a Manhattan apartment building last week without taking immediate action after a Filipino American woman was brutally attacked on the street outside have been fired, the building’s owners told residents in an email Tuesday.

Rick Mason, the executive director of management at the Brodsky Organization, which owns the luxury apartment building in Midtown, told residents of all of the organization’s buildings in an email that two doormen who were inside the building at the time had not followed “required emergency and safety protocols.”

“For this reason, their employment has been terminated, effective immediately,” Mason’s email said.

He did not identify the doormen, and a spokeswoman for the union that represents them did not immediately respond to a request for comment.

The attack on the woman, Vilma Kari, 65, last week, video of which quickly went viral, was one of a wave of assaults over the past year that have caused mounting fear and anxiety among Asian Americans in New York and across the country.

The first video of the attack on Kari was 25 seconds long and ended with the building staff members appearing to stand by passively while she was lying on the ground injured, with one of them moving only to close the door.

That the staff members’ only visible response was to watch without helping added to the outrage that greeted the release of the video, which appeared to show an episode of random, unprovoked violence punctuated by a callous, uncaring response.

The worker who closed the door was one of the two staff members who were fired, along with another doorman who was only momentarily visible in the video.

A longer video of the building staff members’ response to the attack later obtained by The New York Times presented a fuller picture of what transpired.

That video, which lasted for more than six minutes and showed both staff members standing by before responding, indicated they likely did not witness the attack on Kari firsthand but were alerted to it by a delivery person who was in the lobby.

The video also suggested that the attacker lingered near the front of the building after the assault.

About a minute after one of the staff members closed the door, both of them exited the building and appeared to help Kari. Mason’s email to residents emphasized that they had also flagged down a police car.

Mason’s email said that the Brodsky organization would retrain its building service staff on how to respond to emergencies, and would add training on “anti-bias awareness and upstander-bystander interventions.” (An upstander is someone who intervenes in a helpful way, interrupting what could otherwise be a harmful situation.)

Brandon Elliot, 38, was arrested after the attack, and the Manhattan district attorney’s office charged him with three counts of assault as a hate crime. Elliot, who in the video appeared to have kicked Kari in the torso and head, singled her out as Asian and told her, “You don’t belong here,” according to the criminal complaint.