Global Coronavirus (COVID-19) Cases Updates: The record jump in US follows a warning by the government’s top infectious diseases expert that the number could soon double to 100,000 cases a day if Americans do not come together to take steps necessary to halt the virus’ resurgent spread Coronavirus Global Updates: More than 10.7 million people have been infected by the novel coronavirus worldwide and over 5.15 lakh people have died due to the disease, according to a Reuters tally. Around 210 countries have reported infections since the outbreak was first discovered in China in December 2019.

India’s coronavirus caseload crossed 6,00,000 on Thursday with as many as 19,148 new cases in the past 24 hours. The death toll stood at 17,834, as per data from the Health Ministry. Around 1,00,000 cases have been reported in the past four days. Maharashtra, Tamil Nadu and Delhi account for over 60 per cent of the cases in the country. Meanwhile, Goa opened for tourism on Thursday with the state government allowing 250 hotels to reopen after over three months. However, tourists need to have Covid-19 negative certificates or get tested on arrival. Brazil surpassed 60,000 coronavirus fatalities on Wednesday, according to their Ministry of Health. Around 1,038 deaths were reported in the past 24 hours, the ministry said. The total number of confirmed cases in the country rose by 46,712 cases to reach 1,448,753. Brazil is the the second worst-hit country in the world after the United States.

Sao Paolo remains the epicentre of the outbreak in Brazil, with over 2,90,000 cases and 15,000 deaths, as per data from the Health Ministry.

New US Covid-19 cases rose by nearly 50,000 on Wednesday, according to a Reuters tally, marking the biggest one-day spike since the start of the pandemic.

The record follows a warning by the government’s top infectious diseases expert that the number could soon double to 100,000 cases a day if Americans do not come together to take steps necessary to halt the virus’ resurgent spread, such as wearing masks when unable to practice social distancing.

In the first week of June, the United States added about 22,000 new coronavirus cases each day. But as the month progressed, hotspots began to emerge across the Sun Belt. In the last seven days of June, daily new infections almost doubled to 42,000 nationally. 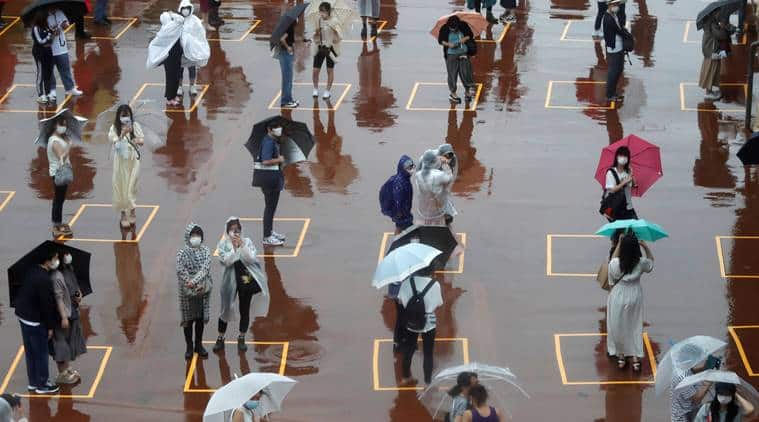 The city witnessed less than 20 daily new cases since the government lifted a state of emergency on May 25, but its tally has been consistently exceeding 50 over the past week. As infections surpass the city government’s target, two weeks into its final phase of easing virus restrictions, officials have repeatedly said they see no need to declare a new state of emergency.

Japan, with about 19,000 cases and 976 deaths so far, has reported a lower overall rate of infection as compared to many other countries. 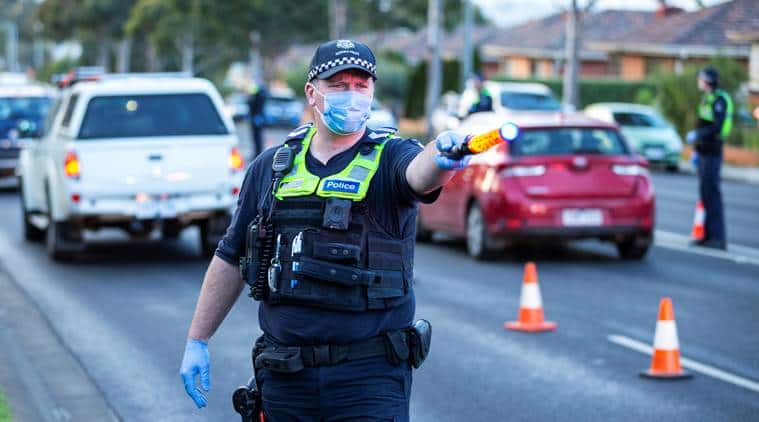 Australian police set up suburban checkpoints in new coronavirus hotspots in Melbourne on Thursday as authorities struggled to contain new outbreaks in the country’s second-largest city, even as travel restrictions eased elsewhere.

Images published by the Australian Broadcasting Corp. on Thursday showed police flagging down cars in suburban streets after 36 suburbs in Melbourne in Victoria state went into lockdown following a spike in new infections there.

The state reported 77 new cases on Thursday, up slightly from the previous day and in line with two weeks of double-digit daily increases.

South Korea reported 54 new cases as the virus continued to spread beyond the capital and reach cities like Gwangju, where schools have been shut and social restrictions tightened after dozens were found to be infected this week, Reuters reported.

Health Minister Park Neung-hoo expressed alarm over the rise of infections in Gwangju, which has one of the lowest caseloads among major South Korean cities before this week. He urged the city’s residents to refrain from unnecessary gatherings, maintain distance from others and wear masks.

China on Thursday reported three new cases of coronavirus, with just one case of local transmission in Beijing, Reuters reported. The other two cases were reported from outside the country, according to the National Health Commission.