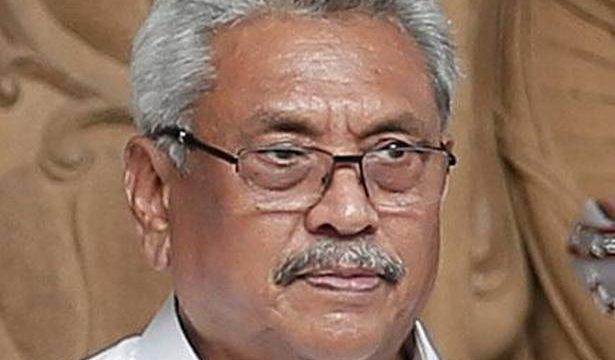 This is a shift from his earlier position to serve only one term.

Sri Lanka’s President Gotabaya Rajapaksa on Monday said he would seek a second term in office, shifting from his earlier position to serve only one term.

Mr. Gotabaya, in a meeting with owners of local media institutions, spoke of having not just three years of his remaining term, but an additional five years, implying a second term, to fulfil his pledges, according to a tweet from the President’s spokesman Kingsly Rathnayaka.

President Gotabaya’s announcement comes less than a fortnight after his younger brother Basil Rajapaksa was sworn in as Minister of Finance, a move that increased the first family’s presence in the Cabinet to five members. Mr. Basil Rajapaksa, known as the ruling Sri Lanka Podujana Peramuna’s (SLPP or People’s Front) architect and chief strategist, has a growing support base within the party, setting off speculation about his probable presidential bid in 2024.

“Looks like President Gotabaya wanted to set the record straight, by telling the people of the country and party workers who is really in charge,” said a senior government official, who requested not to be named.

Mr. Gotabaya’s remarks coincide with growing criticism, including from his voters, of the government’s apparent inability to address the acute financial strain on ordinary families, amid an unprecedented economic crisis stifling the country.

In a recent meeting with provincial officials, the newly-appointed Finance Minister Mr. Basil remarked that reducing prices of essential goods will be the government’s immediate focus, as families were “struggling to have three meals”, Tamil daily Virakesari reported on Sunday.

Mr. Gotabaya, 72, had promised a people-centred economy in his poll manifesto titled ‘Vistas of Prosperity and Splendour’, which was later adopted as his government’s policy framework following his big win in November 2019. With the pandemic affecting the country’s revenue — mainly from exports, tourism, and worker remittances — and its foreign reserves, Colombo faces the risk of defaulting on its external debt for the first time in the country’s borrowing history.

Mr. Gotabaya’s intention to run for President again makes him the second Rajapaksa eyeing a second term at the country’s most powerful office. His brother and PM Mr. Rajapaksa served two terms, contested for the third time in 2015, and lost.