Hariri resigned from the post a year ago amid nationwide protests by a public angered by widespread corruption, mismanagement of resources and a flunking economy. 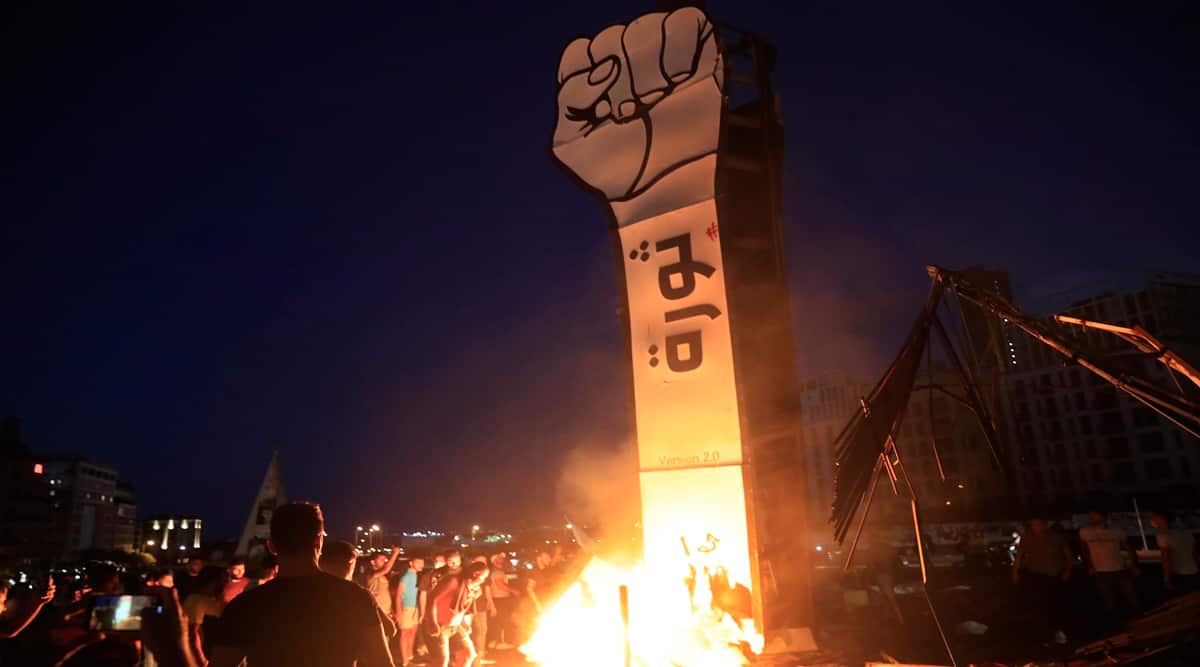 Lebanon’s President Michel Aoun began crucial consultations with lawmakers Thursday to name a new prime minister. The process was widely expected to bring back an old name, former premier Saad Hariri, to lead the country out of its dire political and economic crises.

Hariri, however, is likely to secure only slim support among members of parliament amid sharp divisions over the shape of the Cabinet he is expected to form. Hariri resigned from the post a year ago amid nationwide protests by a public angered by widespread corruption, mismanagement of resources and a flunking economy.

In the year since, Lebanon’s currency sank, losing nearly 80% of its value, while prices, unemployment and inflation soared. Lebanese have been unable to access their savings, as banks imposed informal capital controls fearing a run on deposits.

A gigantic explosion in August in Beirut’s port, caused by thousands of potentially explosive chemicals stored in a warehouse there, compounded the crises. The blast defaced the capital, killing nearly 200 people, and injured over 6,000. The explosion was seen as further proof of an incompetent political class in charge of governing the small country since the end of its 15-year civil war in 1990.

The explosion forced Hariri’s successor, Hassan Diab, to resign days later, ushering in a new period of political instability. The explosion also prompted France, a longtime ally and former colonial ruler, to push for a new political order in Lebanon, launching what came to be known as the French initiative.

The initiative is designed to pressure rival politicians to reach an agreement on a government empowered to introduce wide-ranging economic reforms. The international community has said it will not help Lebanon financially before reforms are implemented.

But Lebanon’s complex sectarian-based political system makes reaching major decisions a significant challenge. Power, including government posts, is distributed among the country’s Shiites, Sunnis and Christians who often get bogged down in horse trading because of fears of losing their calibrated clout.

President Aoun already delayed the consultations a week, amid signs of wrangling over his party’s role in any upcoming government. Aoun’s party, the Free Patriotic Movement, is largest bloc in parliament and the largest Christian party, and is withholding support to Hariri.

In a speech on the eve of the consultations, Aoun signaled that he would not stop Hariri from being named prime minister but indicated he wants a bigger role in government formation. Most observers expect a rocky process.

“Today, I am required to designate (a prime minister) and then participate in the formation of a government,” Aoun said. “Will the one who is nominated commit to addressing corruption and launching reform?” The powerful Shiite group Hezbollah implicitly supports Hariri’s designation to the post, but has refrained from voting for him to avoid appearing to be breaking ranks with its ally, Aoun’s party.

Another major Christian party, formerly an ally of Hariri, has also withheld support. Hariri is getting backing from the other Shiite group, Amal, as well as the largest Sunni bloc, a small Christian party and independents.

Hariri’s return to office has also been rejected by protesters, who see him as a symbol of a political class they blame for the country’s woes.

Portending tension ahead, protesters who took to the streets Wednesday rejecting Hariri’s nomination were heckled by his supporters amid heavy security deployment. The Hariri supporters moved to the epicenter of the 2019 protests and set fire to a large fist erected there that has come to symbolize the uprising against the old political class.