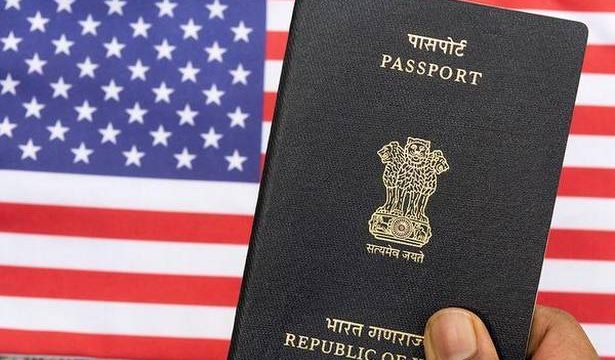 This is mainly because of the per-country quota on issuing employment-based green card or permanent residency, say experts.

The much sought-after Indian talent is now getting attracted towards Canada in large numbers, away from the United States because of its outdated H-1B visa policy, immigration and policy experts have told U.S. lawmakers.

This is mainly because of the per-country quota on issuing employment-based green card or permanent residency, the experts said on Tuesday, urging the Congress to act fast to prevent the Indian talent from moving to Canada from the United States.

Without Congressional action, the total backlog for all three employment-based categories for Indians would increase from an estimated 9,15,497 individuals currently to an estimated 21,95,795 individuals by fiscal 2030, executive director of National Foundation for American Policy Stuart Anderson said.

“We should let that number sink in: Within a decade, more than 2 million people will be waiting in line for years or even decades for employment-based green cards,” he submitted in his testimony before the House Judiciary Committee-Subcommittee on Immigration and Citizenship.

“This has happened in response to how difficult it is to work in the United States in H-1B status or gain permanent residence, and the comparative ease of international students and foreign nationals working in temporary status and then acquiring permanent residence in Canada,” he said.

The number of international students from India enrolled in graduate-level computer science and engineering at U.S. universities declined by more than 25% between 2016-17 and 2018-19 academic years, according to an analysis of U.S. government data by the National Foundation for American Policy (NFAP).

At the same time fewer Indian students were coming to America, the number of Indian students attending Canadian universities rose from 76,075 in 2016 to 1,72,625 in 2018, an increase of 127%, according to the Canadian Bureau for International Education, he said.

“In sum, Canada’s immigration policies are much better than America’s for facilitating the entry of talented individuals. Congress established America’s policies in 1990, before smartphones, e-commerce, social media, cloud computing and the daily use of the internet exploded the demand for high-skilled technical labour. The world has changed since 1990. U.S. immigration policy has not,” Mr. Anderson said.

The Canadian government has made it increasingly easy for employers to attract and retain talent. On the other hand, numerical restrictions on high-skilled temporary visas block the vast majority of foreign-born applicants from working in America in a given year, Mr. Anderson said.

Jennifer Young, CEO, Technology Councils of North America, said that fast-growing Canadian companies are permitted to hire highly-skilled foreign talent, or people with skillsets most commonly found among H-1B applicants in the United States, in as little as four weeks, pre-pandemic. By comparison, the United States immigration system is paper-based, causing nearly all applicants significant delays in processing, she said.

Ms. Young said that a former colleague of her, Ketaki Desai, and her husband were both educated in the United States, on student visas. They were fortunate to obtain H-1B status upon graduation and were strong contributors to the U.S. economy. After 18 years and realising their path to permanent residency was looking very bleak, they left the United States for Toronto, Canada. They bought a house and are actively recruiting and helping individuals leave the U.S. workforce and join them in Canada, she told the lawmakers.

“With more than 1,00,000 H-1B cap submissions denied annually, the United States has turned away millions of qualified, highly-skilled, and often U.S.-educated individuals who are going to other countries to contribute to their economy,” Ms. Young said, noting that the matter of raising or eliminating H-1B visa and per country immigrant visa caps have often fallen victim to incorporation into an overall immigration reform bill.

Sudip Parikh, CEO and Executive Publisher, Science Journals, American Association for the Advancement of Science, told lawmakers that it is critical that U.S. immigration policies reflect a 21st century approach in the same way that the Congress is now working on legislation to advance research and innovation in critical technologies to compete with China.

Mr. Parikh urged the Congress to expand dual intent visas to include foreign student visas (e.g., F-1 visas) to allow them the option to apply for permanent residency and adjust post-graduation immigration law to ease entry to work for skilled graduates.

“Some organisations have recommended proposals to ‘staple a green card’ to international students graduating with a diploma in specific, targeted fields of study to meet U.S. demands,” he said, urging the Congress to continue to exempt higher education and research institutions from the H-1B visa caps.