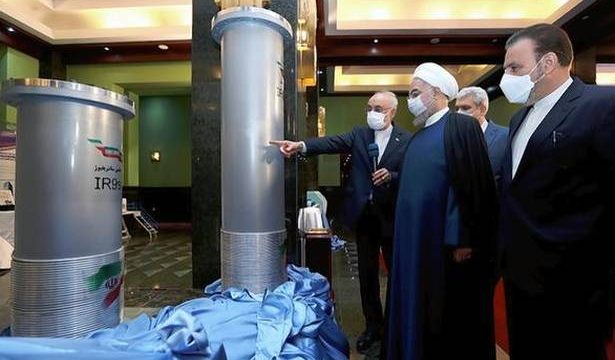 It comes after U.S. offered ‘very serious’ ideas on resetting ties and was awaiting Tehran’s reciprocation

Iran announced on Saturday it has started up advanced uranium enrichment centrifuges in a breach of its undertakings under a troubled 2015 nuclear deal, days after the start of talks on rescuing the accord.

The United States had said on Friday that it had offered “very serious” ideas on reviving the accord but was waiting for Tehran to reciprocate, something Saturday’s move signally failed to do.

The television aired no images of the injection of uranium hexafluoride gas into the cascades, but broadcast a link with engineers at the plant who said they had started the process.

Iran’s latest move to step up uranium enrichment follows an opening round of talks in Vienna Tuesday with representatives of the remaining parties to the nuclear deal on bringing the U.S. back into it.

Former President Donald Trump withdrew from the deal in 2018 but his successor Joe Biden has said he is ready to return, arguing the deal had been successful in dramatically scaling back Iran’s nuclear activities.

The Vienna talks are focused not only on lifting crippling economic sanctions Trump reimposed, but also on bringing Iran back into compliance after it responded by suspending several of its own commitments.

All sides said the talks, in which Washington is not participating directly but has the European Union as intermediary, had got off to a good start.

Iran has demanded that the United States first lift all sanctions imposed by Trump, which include a sweeping unilateral ban on its oil exports, before it falls back in line with obligations it suspended.

The “U.S. — which caused this crisis — should return to full compliance first,” Foreign Minister Mohammad Javad Zarif said in a tweet, adding that “Iran will reciprocate following rapid verification.”

Washington has demanded movement from Tehran in return.

“The United States team put forward a very serious idea and demonstrated a seriousness of purpose on coming back into compliance if Iran comes back into compliance,” a U.S. official told reporters as talks broke for the weekend. But the official said the U.S. was waiting for its efforts to be “reciprocated” by Iran.