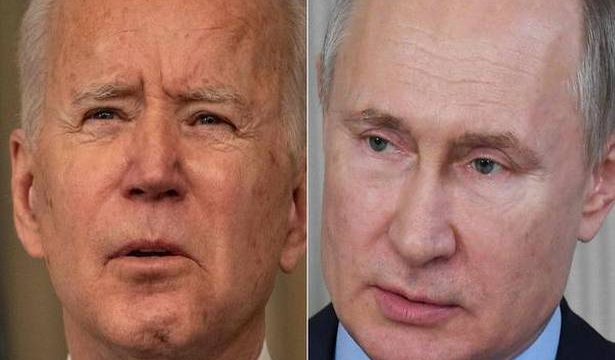 The U.S. President reiterated the U.S.’s “unwavering commitment” to Ukraine’s sovereignty according to the White House.

U.S President Joe Biden has asked his Russian Counterpart Vladimir Putin for a summit level meeting in a third country, in the next few months, according to the White House.

The proposal to “pursue a strategic stability dialogue”, made during a phone call on Tuesday between the two presidents, comes weeks after Mr Biden agreed during an interview last month to the characterization of Mr Putin as a “killer.” Mr Biden had also said Mr Putin would “pay a price” for alleged meddling in US elections — leading to Russia recalling its envoy to Washington. The Biden-Putin call also comes days before Mr Biden’s April 22-23 Leaders Summit on Climate , to which Mr Putin has also been invited.

“President Biden reaffirmed his goal of building a stable and predictable relationship with Russia consistent with U.S. interests, and proposed a summit meeting in a third country in the coming months to discuss the full range of issues facing the United States and Russia,” a White House readout said.

“President Biden also made clear that the United States will act firmly in defense of its national interests in response to Russia’s actions, such as cyber intrusions and election interference,” the White House said.

Mr Biden reiterated the U.S.’s “unwavering commitment” to Ukraine’s sovereignty according to the White House.

“The President [Mr Biden] voiced our concerns over the sudden Russian military build-up in occupied Crimea and on Ukraine’s borders, and called on Russia to de-escalate tensions,” the call readout said.