Prime Minister Oli, 68, on Sunday claimed that there have been various kinds of activities in the "embassies and hotels" to remove him from power. 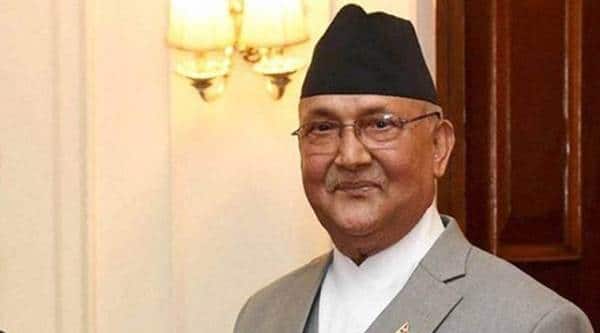 The future of Nepal Prime Minister K P Sharma Oli will be decided at a crucial Standing Committee meeting of the ruling communist party on Saturday, party sources said on Friday, amidst growing demand for his resignation.

The meeting of the Nepal Communist Party’s 45-member Standing Committee, the most powerful body of the party, was put off on Thursday as the top brass of the party failed to forge consensus on the resignation of Prime Minister Oli.

The Himalayan Times newspaper reported that Oli and NCP’s executive chairman Pushpa Kamal Dahal ‘Prachanda’ met at the prime minister’s residence in Baluwatar on Friday. However, the details of the meeting were not revealed.

The three-hour meeting was held to rebuild trust between the top two leaders, media reports said.

“The Prime Minister’s remarks that India was conspiring to remove him were neither politically correct nor diplomatically appropriate,” ‘Prachanda’ had said.

Prime Minister Oli, 68, on Sunday claimed that there have been various kinds of activities in the “embassies and hotels” to remove him from power.

He said some Nepalese leaders were also involved in the game in the aftermath of his government’s move to update the country’s political map by incorporating three strategically key Indian territories — Lipulekh, Kalapani and Limpiyadhura.

Accusing the southern neighbour and leaders of his own party by the Prime Minister was not appropriate, a senior leader of the party quoted Prachanda as saying during the Standing Committee meeting on Tuesday.

Prachanda has time and again spoken about the lack of coordination between the government and the party and he was pressing for a one-man one position system to be followed by the NCP.

The differences between the two factions of the NCP — one led by Oli and the other led by Prachanda — intensified after the prime minister unilaterally decided to prorogue the budget session of Parliament on Thursday.

Prachanda called the crucial meeting of the party’s Standing Committee for Saturday that could decide the future of the Prime Minister, sources said.

Prime Minister Oli has been running the government unilaterally and he is also not allowing the executive chairman of the Party Prachanda to operate on his own, he opined.

Both Prime Minister Oli and former prime minister Prachanda are chairmen of the ruling party.

Now the Prime Minister has the option — either he should give up the party’s chair or the post of the prime minister following the one-man-one position principle, said Bishnu Rijal, central committee member of the NCP and the party’s deputy chief of foreign affairs.

“I think a compromise will be worked out between the two sides to patch up the differences so that the crisis will be over after Saturday’s meeting.”

During Tuesday’s Standing Committee meeting, Prachanda, and former Prime Ministers Madhav Kumar Nepal and Jhalanath Khanal asked Oli to resign from the post for making controversial remarks, running the government without consulting with the party and failing to deliver to the people.

They have also asked Oli to produce evidence to prove his remarks.

Oli has been cornered in the ruling party as the majority of the senior leaders are with Prachanda. Oli has the support of only 15 members in the Standing Committee.

According to a senior Cabinet member, Oli prorogued Parliament to re-introduce a controversial bill that allows splitting a party.

The bill was withdrawn from Parliament after ruling party Lawmakers opposed it a couple of months ago.

The bill allows any political group to officially break the party with the support of 40 per cent of either House of Representatives members or Central Executive Committee members.

Some party insiders are speculating that Oli might opt for breaking up the party to save his government.

The ruling NCP has 174 seats in the 275-member House of Representatives.

A split in the NCP is not seen as an imminent possibility as the two factions within the ruling party are currently holding discussions to settle the intra-party differences, My Republica newsportal reported.

Earlier today, a group of the NCP’s second-rung leaders held a meeting in the ministers’ conclave in Lalitpur.

The second-rung leaders of the party who joined the meeting decided to exert pressure on the top party leadership to resolve ongoing intra-party rift through dialogue thereby keeping the party unity intact, according to a leader.

Meanwhile, a section of NCP leaders including Ram Kumari Jhakri and Bijaya Poudel have started a sit-in at the party headquarters on Friday, in a bid to exert pressure on the top leadership to keep the party intact by avoiding the possible threat of party split.