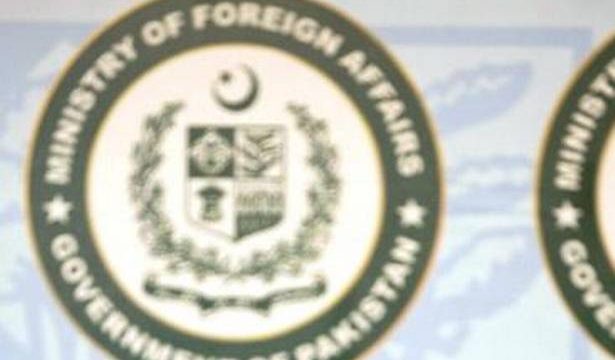 Such statements undermine Pakistan’s sincere efforts to play its part in an Afghan-owned and Afghan-led solution, the Pakistan Foreign Office said.

Pakistan on Friday rejected Afghanistan Vice-President Amrullah Saleh’s remarks that the Pakistan Air Force was providing air support to the Taliban militants in the border areas of Chaman and Spin Boldak.

Such statements undermine Pakistan’s sincere efforts to play its part in an Afghan-owned and Afghan-led solution, the Pakistan Foreign Office said, in Islamabad, in a statement.

On Thursday, Afghanistan Vice-President Saleh tweeted: “Pakistan air force has issued (an) official warning to the Afghan Army and Air Force that any move to dislodge the Taliban from Spin Boldak area will be faced and repelled by the Pakistan Air Force. Pak air force is now providing close air support to Taliban in certain areas.” (sic) Fierce fighting has been going on for the last few days between the Afghan forces and the Taliban in Spin Boldak town of Kandahar.

The Taliban militants have seized dozens of districts in recent weeks and are now thought to control about a third of the country, ahead of the complete withdrawal of the U.S. and Western troops from Afghanistan by September 11.

What lies ahead for Afghanistan after U.S. exit?

“Pakistan responded positively to Afghan Government’s right to act in its territory. In spite of very close border operations normally not acceded to by internationally accepted norms/standards/procedures, Pakistan took necessary measures within its territory to safeguard our own troops and population,” the Foreign Office said.

It said Pakistan in the last week had rescued 40 Afghan National Defense and Security Forces (ANDSF) personnel, who fled war scenes, and they will be sent to Afghanistan with “respect and dignity”.

“We remain committed to peace in Afghanistan and shall continue to endeavour towards this end irrespective of the detractors,” said the FO.

Meanwhile, in another tweet on Friday, the Afghanistan Vice-President dismissed the Pakistan Foreign Office statement.

“On Pakistani denial: For over twenty years Pakistan denied the existence of Quetta Shura or presence of Talib terrorist leaders in its soil. Those familiar with this pattern, Afghan or foreign, know exactly that issuing a statement of denial is just a pre-written paragraph,” Mr. Saleh wrote.