A total of 10 House Republicans voted to impeach Trump. That sum is at once the largest number ever to cast such a vote against a president of the same party and also less than 5% of the GOP conference. Republican lawmakers are facing intensifying pressure from some longtime allies and financiers over their continued ties with President Donald Trump, as they reckon with taking stands on impeachment and protecting themselves politically to survive the 2022 midterm primaries and elections.

From Amazon to Walmart, a lengthening list of blue-chip giants of corporate America — long a bastion of GOP money — are pledging to cut off funds to Republicans who opposed certifying the victory of President-elect Joe Biden. An arm of Charles Koch’s political and nonprofit network, which is one of the largest and most influential in conservative circles and spent about $60 million in federal elections last year, said that opposing certification would be a factor that would “weigh heavily” in determining its future spending decisions.

And a handful of Democratic and independent groups are pledging to spend aggressively on advertising against Republican lawmakers who opposed certifying the results, with the first ads already hitting the airwaves in Wisconsin, Missouri, Texas and California.

Many veteran Republican donors have long had an uneasy relationship with Trump. But the president’s incitement of a violent mob that stormed the Capitol a week ago — which swiftly sparked his second impeachment on Wednesday — has deepened the divide.

Kenneth Langone, the billionaire co-founder of Home Depot and an influential Republican donor who contributed $1 million to a Senate Republican super PAC just two months ago, said he felt “betrayed” by Trump.

“The biggest mistake anybody is going to make is try and rationalize what happened last week, what the president did and what that crowd did,” Langone said in an interview on CNBC on Wednesday.

A total of 10 House Republicans voted to impeach Trump. That sum is at once the largest number ever to cast such a vote against a president of the same party and also less than 5% of the GOP conference. 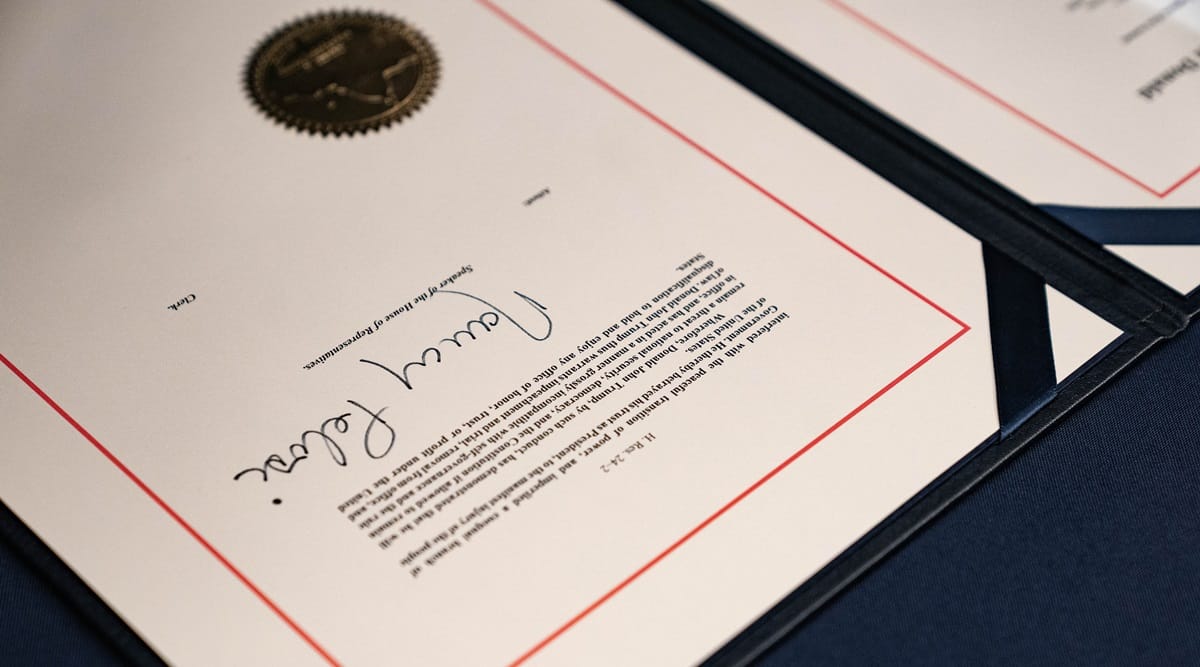 Some Washington Republicans remain dubious of the long-term impact of any threatened breakup within the GOP donor or corporate class. The 2022 House and Senate elections are still far off, the fact that an exploding share of political money now comes from online donors has weakened the traditional donor class, and those small online contributors have proved durably loyal to Trump and his brand of grievance politics.

“I have never seen anything like this as far as PAC fundraising goes,” said Spies, who urged corporations to think twice before cutting off the GOP. “As soon as the Biden administration comes in and starts regulating corporations, they’re going to need allies, and they’re abandoning their allies.”

In a sign of the growing public consciousness about political donations to Republicans aligned with Trump, a leading public relations firm, Weber Shandwick, sent out a “reputation advisory” to clients on Wednesday about the risks and rewards of reconsidering their political giving at this moment. “At the very least, companies need to be preparing for what they say when (not if) they are asked about specific contributions,” the memo said.

Some of the biggest corporate givers in America, including AT&T, Comcast, Cisco, Morgan Stanley and Verizon, have started cutting off donations to the 147 Republicans who voted against certifying the 2020 election results in at least one state. Other major companies are freezing donations, at least temporarily, to both parties. Major League Baseball announced such a move on Wednesday. “You cannot overstate the consternation by lawmakers about fundraising drying up,” said a former senior Trump administration official, who spoke on the condition of anonymity to discuss private conversations with Republican lawmakers.

The death this week of Sheldon Adelson, the Republican Party’s biggest financial benefactor, a casino magnate who poured more than $500 million into GOP campaigns and super PACs in the last decade, punctuated the party’s precarious financial future with only days left until Democrats control the White House, the House and the Senate.

“Republican donors are disgusted,” said Scott Reed, a longtime Republican strategist and current lobbyist. He said there was growing frustration after both the riot at the Capitol and the two Georgia runoff losses “in races that should have been layups” that cost the party its Senate majority.

To bolster those who break party ranks, a group of anti-Trump Republicans and former administration officials announced on Tuesday a $50 million commitment to support Republican lawmakers who join Democrats in impeaching Trump.

The first television advertisements of the 2022 campaign arrived on the airwaves in Wisconsin on Wednesday, as the state Democratic Party targeted Sen. Ron Johnson, a Republican facing reelection, for his vote to reject the results of the presidential election.

“A violent mob attacks the Capitol, incited by power-hungry politicians like Ron Johnson,” a narrator proclaims in the ad, which the party is spending $63,000 to air for a week. “Johnson should resign.” 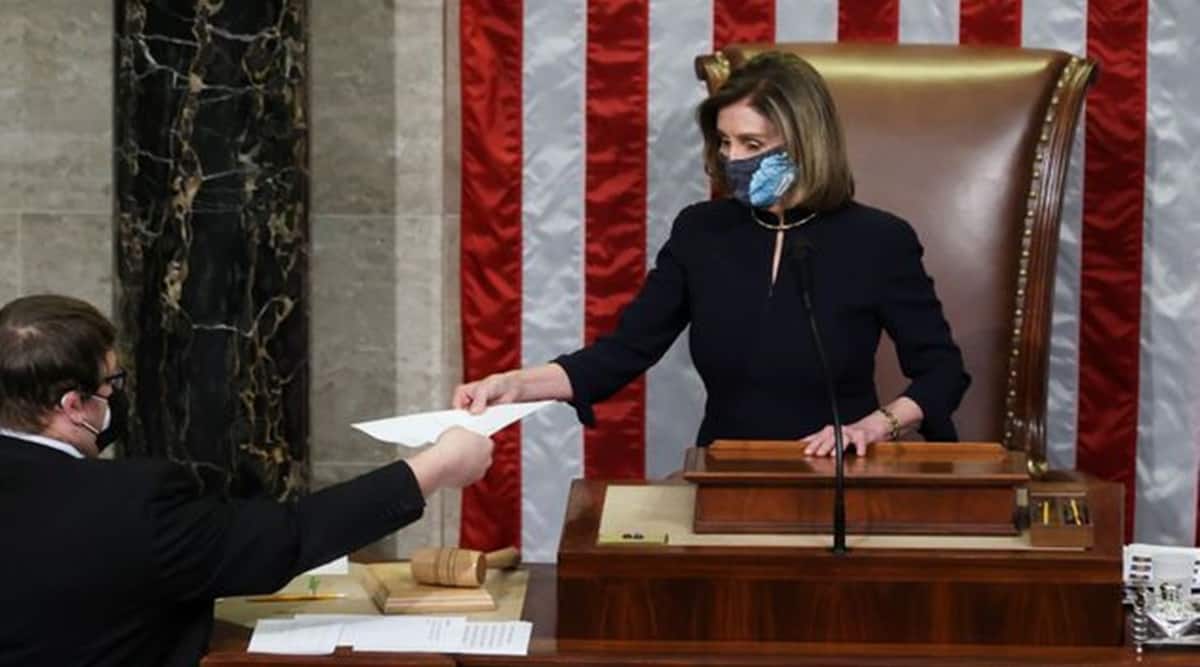 The Lincoln Project, an anti-Trump group, has pledged to mount an intense pressure campaign on Republican lawmakers who opposed certifying the election results. And while the group is most focused on the Republican senators up for reelection in 2022, it is also promising to make life difficult for Sens. Josh Hawley of Missouri and Ted Cruz of Texas, who led the opposition to certifying the results in the Senate.

For more than four years, the Republican Party base has remained fiercely loyal to Trump, and many lawmakers are still feeling pressure to toe the Trump line. Less than a day after Rep. Liz Cheney, the No. 3 House Republican, announced plans to vote to impeach Trump, a group of her colleagues started moving to oust her from her leadership post.

Trump has loyalists in the donor community, too.

Doug Deason, a Republican contributor in Texas, said that it was “highly hypocritical of Democrats, and any corporations who have singled out Republicans, to try and force a break with Trump because they believe he incited violence.”

He blamed Democrats for the street protests against racial injustice over the summer, some of which broke into violence. “My father and I will double down our contributions and efforts to take out these disingenuous Democrats everywhere we can,” Deason said.