Addressing a press conference in London along with his daughter Maryam, Sharif said, "I promise that I will continue this struggle until Pakistanis are not free of the chains that they are kept in for saying the truth."

A defiant Nawaz Sharif Friday said he has been sent to jail because he tried to free the people of Pakistan from the slavery imposed on them by some generals and judges and vowed to continue his political struggle from behind the bars. The deposed former prime minister Sharif was sentenced in absentia to 10 years of rigorous imprisonment by an anti-graft court in Islamabad in one of the three corruption cases against him in the Panama Papers scandal, dealing a huge blow to his party ahead of the elections on July 25.

Addressing a press conference in London along with his daughter Maryam, Sharif said, “I promise that I will continue this struggle until Pakistanis are not free of the chains that they are kept in for saying the truth.”

“I will continue my struggle till the people of Pakistan are not freed of the slavery imposed on them by some generals and judges,” he was quoted as saying by the Dawn newspaper. During his tenure before being disqualified by the Supreme Court in the Panama Papers case, Sharif had a testy relationship with the powerful military as well as the judiciary. Sharif, 68, is currently in London attending to his wife Kulsoom Nawaz who was diagnosed with throat cancer last year.

He, however, did not give any specific time or date for his return to Pakistan. When asked, Sharif mentioned the deteriorating health of his wife as the reason for him not being able to return immediately.

Sharif said that if the punishment for “demanding respect for the vote is jail, I am coming to face it”.

“I am returning to the country to face the jail and the handcuffs if this is the price I have to pay for loving my country,” he said.

“I will stand with the masses and stop those who are attempting are creating impediments in the way of the votes,” he added. The former PML-N chief invited the masses to take to the streets in his movement to reclaim the votes.

Sharif’s 44-year-old daughter and co-accused Maryam was also given seven years for abetment, and one year for non-cooperation with the anti-corruption bureau — also to run concurrently. Considered to be Sharif’s political heir, Maryam will serve seven years in total. 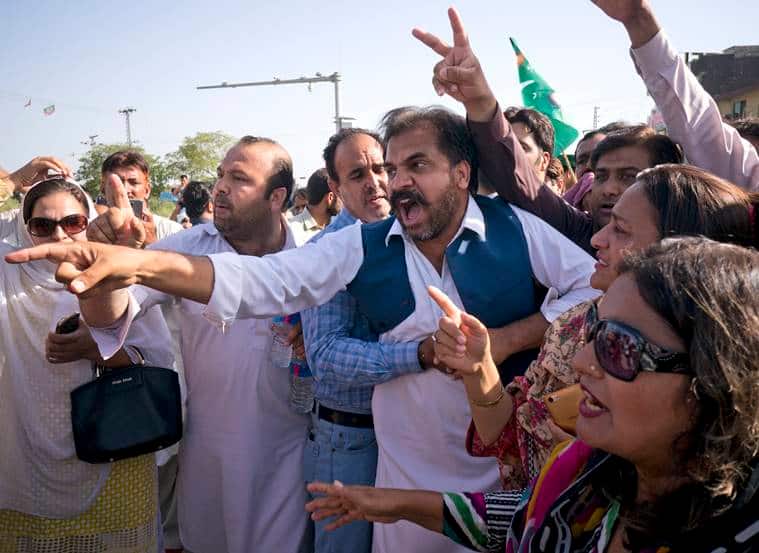 Sharif’s son-in-law Capt (retd) Muhammad Safdar was jailed for one year for not cooperating with the anti-graft authorities.

After the verdict, both Maryam and Safdar cannot contest the upcoming general elections.

The National Accountability Bureau (NAB) had filed the case, along with two others, on the Supreme Court’s directives in the landmark Panama Papers case verdict last year which disqualified Sharif, the three-time prime minister.

Opposition show of strength amid snowfall in Srinagar
Celebrity News

Will Foreign Universities Set Up Campuses In India?