Russia Covid-19 vaccine: The World Health Organisation (WHO) has said it does not have enough information about the vaccine to include it in its group of nine experimental Covid-19 vaccines from across the world. Despite widespread criticism from scientists and health professionals from across the world, the Russian Health Ministry Saturday announced that the country has already produced the first batch of its controversial Covid-19 vaccine. The vaccine, dubbed Sputnik V, will be rolled out by the end of this month, according to a Reuters report.

This comes less than five days after Russian President Vladimir Putin first announced that the vaccine was safe to use, adding it had already been administered to his daughter. Several world leaders and health authorities accused Russia of releasing the vaccine in haste, even before it could clear a vital last-stage of human trials to establish its safety and efficiency.

The World Health Organisation (WHO) has said it does not have enough information about the vaccine to include it in its group of nine experimental Covid-19 vaccines from across the world, which are currently in the advanced stages of testing, PTI reported.

“We’re currently in conversation with Russia to get additional information to understand the status of that product, the trials that have been undertaken and then what the next steps might be,” said Dr. Bruce Aylward, a senior adviser to WHO’s director-general.

Covid-19 vaccine tracker: When will the Russian vaccine be available?

A few countries, including Vietnam, Israel and Serbia, have said they may enter into negotiations with Russia to buy the vaccine if it is approved by scientists. Several others, such as Germany, the United States, and Kazakhstan, have expressed their doubts about the safety of the vaccine. 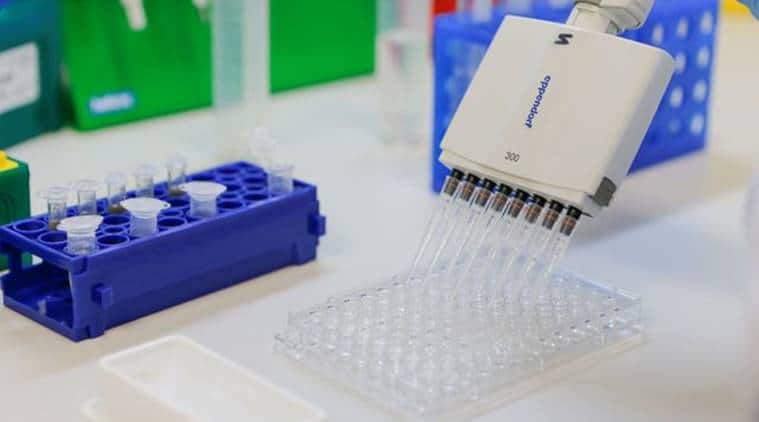 For Russia, delivering a vaccine first is a matter of national prestige as it tries to assert the image of the country as a global power capable of competing with the US and China. The notion of being “the first in the world” dominated state news coverage of the effort, with government officials praising reports of the first-step testing, reported AP.

In April, President Vladimir Putin ordered state officials to shorten the time of clinical trials for a variety of drugs, including potential coronavirus vaccines.

According to Russia’s Association of Clinical Trials Organizations, the order set “an unattainable bar” for scientists who, as a result, “joined in on the mad race, hoping to please those at power.”

Here are the top developments on Covid-19 vaccine The first batch of Sputnik V vaccines against Covid-19 will be administered to health professionals in Russia within two weeks, the countries’ Health Ministry has claimed. Russian health authorities have rejected the safety concerns expressed by scientists and world leaders after Putin first announced the vaccine, Reuters reported.

“It seems our foreign colleagues are sensing the specific competitive advantages of the Russian drug and are trying to express opinions that in our opinion are completely groundless,” Russian Health Minister Mikhail Murashko said Wednesday.

According to Murashko, the first batch of shots will be received primarily by doctors on a voluntary basis. The country plans to ramp up production in the coming months. Between December and January, the country should be able to produce at least 5 million doses a month, Murashko said.

Fact Check: Why the Russian Covid-19 vaccine is still far from ready

The head of the Gamaleya Federal Research Center for Epidemiology and Microbiology — the institute that developed Russia’s Covid-19 vaccine — has said that the vaccine will be available for public use within nine to 12 months, Russian news agency TASS reported.

“It is important to understand when we will be able to meet the demand of the country. I hope that it will happen within 9-12 months,” head of the institute Alexander Ginzburg told TASS on Saturday.

Explained: Why the Russian vaccine is a long way from being available in India, if at all

On Saturday, Sistema, the company manufacturing the vaccine, said that the first batches were already ready, and would be shortly shipped to Russian provinces to be administered on healthcare professionals.

However, critics have pointed out that the Sistema facility is only capable of producing 1.5 million doses of a vaccine in a year — which is far below the quantity needed to meet the world’s demands. So far, Russia’s capability to service the demand in other countries looks severely limited.

Russia has already received requests for over on one billion doses of its Covid-19 vaccine from as many as 20 countries, according to the head of the Russian Direct Investment Fund (RDIF), Kirill Dmitriev. According to him, several Latin American, Middle Eastern and Asian states have expressed an interest in purchasing the vaccine, TASS reported.

“We see a great interest abroad towards the Russian vaccine produced by the Gamaleya Research Institute. We have received preliminary requests for the purchase of over 1 bln doses of the vaccine from 20 states,” Dmitriev said during a virtual conference. “We are ready to ensure production of over 500 mln vaccine doses along with our foreign partners in five countries, and we plan to increase our production capacity further.”

Dmitriev added that the third stage of clinical trials for the vaccine will be undertaken abroad. “We have reached agreements on holding the corresponding trials of the Gamaleya [Research Institute] vaccine with our partners from the UAE, Saudi Arabia and a number of other states,” he said.

Philippines, Serbian leaders say ready to be injected with the vaccine

While several leaders and scientists have criticised Putin for releasing the vaccine without adequately testing it first, others, like the Philippines President Rodrigo Duterte, said they are ready to work with Russia to purchase the vaccine.

The Philippines President went as far as volunteering to be injected with vaccine himself in order to alleviate fears. “I will tell President (Vladimir) Putin that I have huge trust in your studies in combating COVID and I believe that the vaccine that you have produced is really good for humanity,” he said in a public address earlier this week. “I can be the first they can experiment on.”

Serbian President Aleksandar Vucic joined Duterte to praise Russia for developing an ‘effective’ vaccine so quickly. He, too, said that he would be happy to be the first person to be injected with the vaccine, as long as it is given a green signal by Serbian scientists.

“Our specialists must just confirm to us that it is safe and reliable. It is important that the vaccine appears as soon as possible because it will save our economy,” he told reporters during a press briefing.

German Health Minister Jens Spahn said the vaccine had not been tested sufficiently, adding that administering it on millions of people can prove to be very dangerous, Reuters reported.

“It can be dangerous to start vaccinating millions, if not billions, of people too early because it could pretty much kill the acceptance of vaccination if it goes wrong, so I’m very sceptical about what’s going on in Russia,” he said.

Meanwhile, in an interview with National Geographic, the US’ top infectious disease expert Dr Anthony Fauci said he has “serious doubts” that the Russian Sputnik V vaccine has been proven safe and effective.

“If we wanted to take the chance of hurting a lot of people, or giving them something that doesn’t work, we could start doing this, you know, next week if we wanted to. But that’s not the way it works,” he said.

The official representative of the Kazakh Ministry of Health Bagdat Kodzhakhmetov rejected the Russian vaccine by claiming that experts in the country were confident that a vaccine to combat Covid-19 had not yet been developed anywhere in the world.

“If Kazakhstan intends to buy a vaccine from other countries, it will be an internationally certified drug only,” he stressed.

Other countries like Japan and Israel have said that they are exercising caution and will only enter negotiations with Russia once the safety of the vaccine is proven.

Vaccine is not a race, says US Health Secretary Speaking about the US’ progress in developing a vaccine, Azar said that the country’s government, economy and pharmaceutical industry was jointly working to “deliver as quickly as we can for the benefit of the United States’ citizens, but also for the people of the world, safe and effective vaccines”.

The director of the All India Institute of Medical Sciences (AIIMS) Delhi Dr Randeep Guleria said it was vital to assess the safety and effectiveness of Russia’s Covid-19 vaccine, before countries started purchasing it.

“If Russia’s vaccine is successful, then we will have to see critically whether it is safe and effective. There should not be any side effects of the vaccine and it should provide good immunity and protection. India has the capacity for mass production of vaccine,” he told ANI.

There are currently three Covid-19 vaccines under development in India, PM Narendra Modi said during his Independence Day address on Saturday. India has the capability to mass produce a vaccine once scientists approve it, he added.

(With inputs from Reuters, AP, agencies)