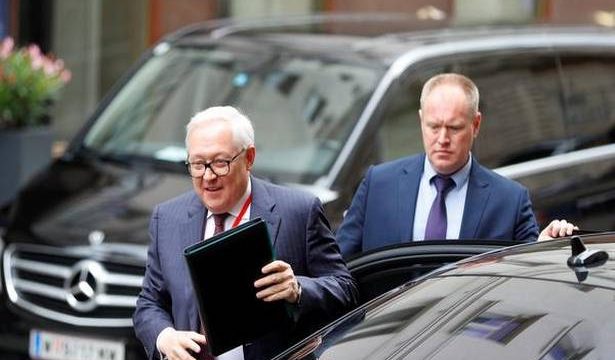 The Kremlin said on Tuesday the two countries had reached a deal to extend the pact which was signed in 2010,

Russia’s lower house of parliament on Wednesday approved an extension of the New START nuclear arms control treaty with the United States, which a senior official said had been agreed on Moscow’s terms.

The Kremlin said on Tuesday the two countries had reached a deal to extend the pact which was signed in 2010, is set to expire next week and limits the numbers of strategic nuclear warheads, missiles and bombers that Russia and the United States can deploy.

“The essence of the agreement is to extend it for five years, as it was signed, without any changes,” Deputy Foreign Minister Sergei Ryabkov told the State Duma, or lower house.

The upper house was due to vote on the extension later on Wednesday. Once it is approved by both houses, draft legislation usually becomes law once it has been signed by President Vladimir Putin.

Mr. Ryabkov said the extension had been agreed “on our terms”, the TASS news agency reported.

Moscow and Washington had failed to agree an extension under former U.S. President Donald Trump, whose administration had wanted to attach conditions to a renewal that Moscow rejected.

In a Tuesday phone call, Mr. Putin and U.S. President Joe Biden agreed that their teams should work urgently to complete the extension by February 5, when the treaty was set to expire.