Much in the same way that social media companies have banished Trump from their platforms, corporations, universities and campaign contributors have quickly moved to dissociate themselves from the president’s efforts to overturn the election. 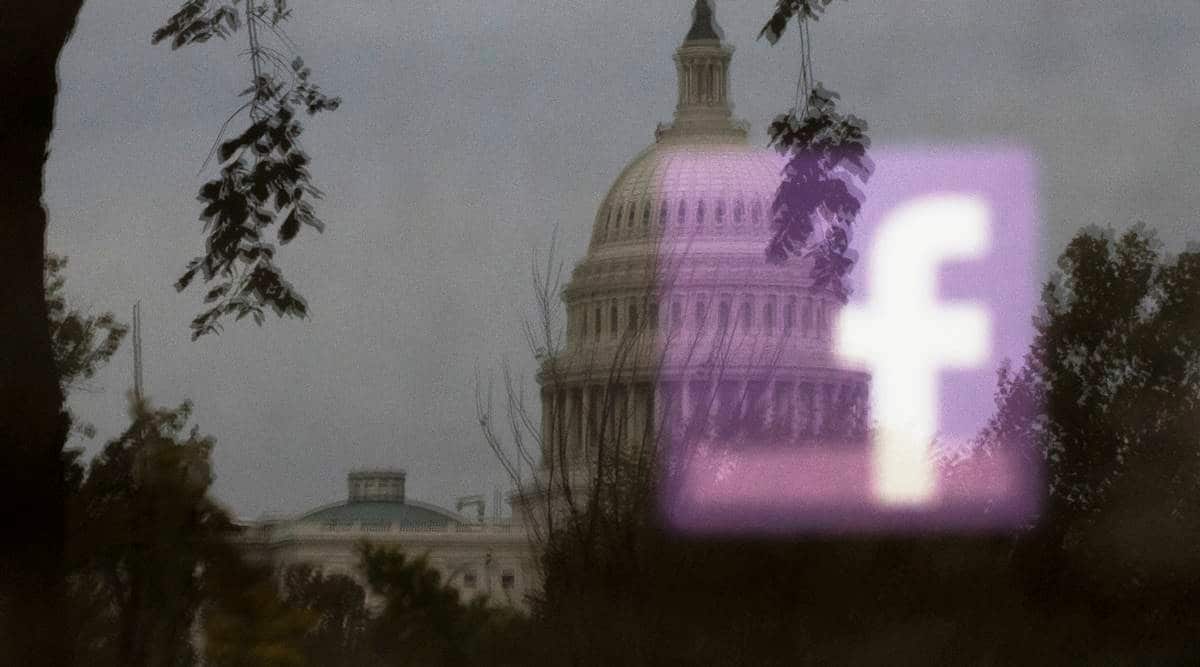 They have stripped President Donald Trump of honorary degrees, a key conduit for campaign contributions and, in a stinging blow to the president’s resort business, one of golf’s four major tournaments, set for a Trump club in 2022.

Those are just a few of the punitive actions that a growing number of prominent institutions have taken against Trump and his associates since the deadly rampage at the U.S. Capitol on Wednesday by the president’s supporters.

Much in the same way that social media companies have banished Trump from their platforms, corporations, universities and campaign contributors have quickly moved to dissociate themselves from the president’s efforts to overturn the election.

Here is a list of entities that have severed ties with Trump or distanced themselves since the riots at the Capitol, which led to the deaths of five people. Many of the institutions were identified by the newsletter Popular Information.

The PGA of America

The PGA of America announced Sunday night that its board of directors had voted to terminate an agreement to play the PGA Championship at Trump National Golf Club in Bedminster, New Jersey, in 2022.

“It has become clear that conducting the PGA Championship at Trump Bedminster would be detrimental to the PGA of America brand, and would put at risk the PGA’s ability to deliver our many programs, and sustain the longevity of our mission,” Jim Richerson, president of the PGA of America, said in a video statement.

The Trump Organization responded Sunday, saying: “We have had a beautiful partnership with the PGA of America and are incredibly disappointed with their decision. This is a breach of a binding contract, and they have no right to terminate the agreement.”

The decision to strip Trump’s resort of hosting the second of four major tournaments on the tour’s calendar was a heavy loss to a president who has emphasized his portfolio of golf resorts and spent significant time on the course while in office.

Trump’s personal lawyer, Rudy Giuliani, is at risk of being expelled from the New York State Bar Association, the organization said in a statement on Monday.

In recent months, the association said, it has received hundreds of complaints about Giuliani’s support for Trump’s false claims of widespread election fraud. Last week, Giuliani called for a “trial by combat” in a speech in Washington just hours before the Capitol was stormed.

“Mr. Giuliani’s words quite clearly were intended to encourage Trump supporters, unhappy with the election’s outcome, to take matters into their own hands,” the association said.

The association’s bylaws forbid members from, among other things, advocating “the overthrow of the government.”

It has started an inquiry to determine whether Giuliani should be removed. Giuliani, who did not immediately respond to a request for comment, would still be allowed to practice law if he lost his membership in the voluntary association.

Facebook said on Monday that it was halting its political spending, at least temporarily.

The giant tech company will pause all of its contributions to political action committees — representing either party — until at least March, the company confirmed in a statement, citing the need to review its policies.

The announcement came four days after the company banned Trump from posting on its platform at least through the end of his term. These decisions have been a departure for the social media platform, which has long declined to interfere with the president’s posts and positioned itself as a defender of free speech and public discussion.

The online payment platform Stripe will no longer process payments for Trump’s campaign website, The Wall Street Journal reported on Sunday. The newspaper, citing people familiar with the matter, said the e-commerce company had cited violations of its user policy, which bars users from promoting violence on its platform.

Shopify, the company that powers e-commerce sites for more than 1 million merchants, said on Thursday that it had closed two online stores tied to Trump, including those run by the Trump Organization and the Trump campaign.

And several digital platforms — including Snapchat, YouTube, Twitch, Reddit and Twitter — also recently limited or suspended Trump on their services. The social app Parler, popular among conservatives as an alternative to Twitter, went dark Monday morning after Amazon cut it off from its computing services.

Four of the country’s largest banks, JPMorgan Chase, Goldman Sachs, Citigroup and Morgan Stanley, said they would temporarily stop sending donations from their political action committees. The banks have raised hundreds of thousands of dollars and donated to candidates of both parties.

JPMorgan Chase is halting donations to Republicans and Democrats through its PAC for six months. “There will be plenty of time for campaigning later,” said Peter Scher, the bank’s head of corporate responsibility.

Goldman Sachs is freezing donations through its PAC and will conduct “a thorough assessment of how people acted during this period,” a spokesperson, Jake Siewert, told DealBook.

Citigroup is postponing all campaign contributions for a quarter. “We want you to be assured that we will not support candidates who do not respect the rule of law,” Candi Wolff, the bank’s head of government affairs, wrote in an internal memo.

The Visa PAC last week temporarily suspended all its political donations as it reviews its candidate contribution guidelines, a spokesperson said.

American Express said on Monday that its political action committee would no longer support members of Congress who had voted against certifying the election, adding that it had previously supported 22 of the 139 House members who did (but none of the senators).

Mastercard said Monday that it had also cut off political donations to those who tried to block the Electoral College votes from being certified.

“We will continue to review the criteria that inform our political contributions to ensure they reflect our values,” Mastercard said. “We remain hopeful about the future, one in which people of differences come together to address our common challenges with decency.”

And Morgan Stanley will suspend PAC contributions to members of Congress who voted against certifying the results of the election, but it has not suspended contributions across the board, a spokesperson said.

Big businesses donate to both political parties and say their support is tied to narrow issues of specific interest to their industries. (Often, companies’ contributions seem to be at odds with their public statements.) Now, a flurry of companies are reviewing their giving practices.

AT&T, one of the biggest political campaign contributors in the United States, said in a statement on Monday that its political action committee had decided to suspend contributions to members of Congress who voted against the certification of Electoral College votes last week.

Comcast, one of the nation’s largest cable companies and internet providers, announced on Monday that it was taking the same actions after the unsuccessful attempt to overturn the election results.

“The peaceful transition of power is a foundation of America’s democracy,” Comcast said in a statement. “This year, that transition will take place among some of the most challenging conditions in modern history and against the backdrop of the appalling violence we witnessed at the U.S. Capitol last week. At this crucial time, our focus needs to be on working together for the good of the entire nation.”

The chemicals giant Dow also said it was suspending all PAC contributions “to any member of Congress who voted to object to the certification of the presidential election.” The suspension will last for one election cycle — two years for representatives and up to six years for senators.

American Airlines said that beginning on Monday, it would pause all of its political donations for three months while the company reviewed its giving practices.

“When we resume, we will ensure we focus on a bipartisan array of lawmakers who support U.S. aviation, airline workers and our values, including bringing people together,” American Airlines said in a statement.

The British oil giant BP said in a statement Monday that its employee political action committee will halt its contributions for six months while it evaluates its criteria for supporting candidates.

The political action committee for the greeting card company Hallmark has asked two Republican senators — Josh Hawley of Missouri and Roger Marshall of Kansas, both of whom voted to overturn election results — to return all of the committee’s campaign contributions. Representatives of the senators did not immediately respond to requests for comment.

The Blue Cross Blue Shield Association, one of the nation’s largest federations of insurance companies, announced on Friday that it was suspending political contributions to Republicans in Congress who tried to block the electoral vote tallies for President-elect Joe Biden.

“We have taken the destructive events at the Capitol to undermine a legitimate and fair election into consideration and will be pausing political giving from our political action committee to those who voted against certification of the election,” a spokesperson said.

The Coca-Cola Co. said in a statement that it would also suspend political giving: “These events will long be remembered and will factor into our future contribution decisions.”

The short-term home rental company Airbnb said that its political action committee would “update its framework and withhold support from those who voted against the certification of the presidential election results.”

And the shipping company FedEx said in a statement that it condemned the violence in Washington last week and supported the results of the presidential election. “We are reviewing all future political contributions,” it added.

Last week, two institutions announced that they had rescinded the honorary degrees they had previously awarded to Trump, and another said it was considering doing the same for Giuliani.

Lehigh University in Pennsylvania awarded Trump a degree in 1988, after its president called the real estate developer a “symbol of our age — all the daring and energy that the word tycoon conjures up.” On Friday, two days after the attack on the Capitol, the university said in a statement that its board of trustees had “voted to rescind and revoke the honorary degree.”

Wagner College on Staten Island — the New York City borough where Trump has remained popular — announced on Friday that its board of trustees had voted to rescind the degree it gave to Trump in 2004. No explanation was given.

In 2017, both Lehigh and Wagner considered revoking the degrees given to Trump, but declined to do so, after Trump said there were “very fine people on both sides” who violently clashed in Charlottesville, Virginia, over the efforts to remove a statue of Robert E. Lee.

In Vermont, Middlebury College is reconsidering its relationship with Giuliani. Four years after his leadership as New York City mayor during the 2001 terrorist attacks, the college had invited Giuliani to give a commencement speech and to receive an honorary Doctor of Laws degree.

But on Sunday, Laurie L. Patton, president of the college, said it had initiated the process to consider revoking that degree because of Giuliani’s role in “fomenting the violent uprising against our nation’s Capitol building,” which Patton called “an insurrection against democracy itself.”