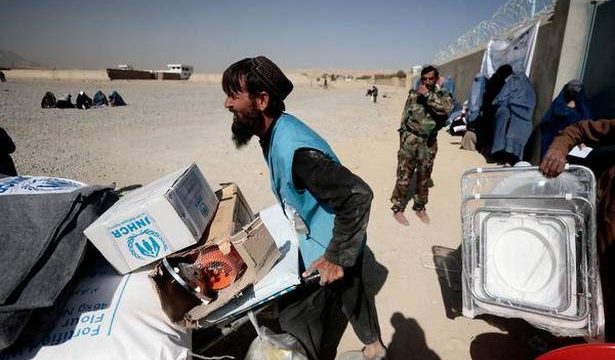 The U.S. government will take steps on Friday to free half of the $7 billion in frozen Afghan reserves held in the United States to aid the Afghan people without providing the Taliban access to the funds, sources familiar with the plan said.

A multi-step plan calls for the other half of the funds to remain in the United States, subject to ongoing litigation by U.S. victims of terrorism, including relatives of those who died in the September 11, 2001, hijacking attacks, the sources said.

The moves come amid mounting pressure in Congress for the Biden administration to use the frozen Afghan reserves to address the dire economic crisis facing Afghanistan.

To move forward, U.S. President Joe Biden will sign an executive order on Friday that will block property of the Afghan central bank held in the United States by U.S. financial institutions, requiring the transfer of the funds into a consolidated account held at the Federal Reserve Bank of New York, the sources said.

The U.S. government will work to ensure access to $3.5 billion of those assets for “the benefit of the Afghan people and for Afghanistan’s future,” said one of the sources, without providing details.

Decisions about the remaining funds need to be made by federal courts since some of the 9/11 families have writs of execution against the frozen assets, the sources said, adding that the plaintiffs would have a full opportunity to have their claims heard in court.