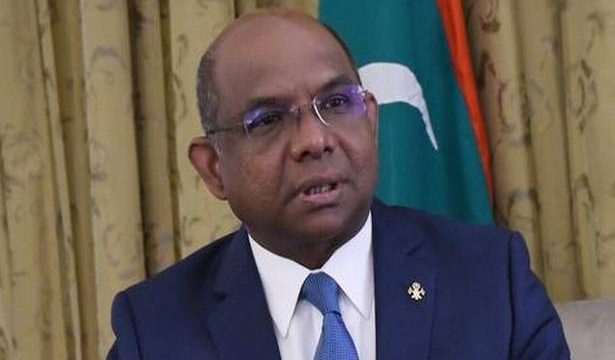 ‘It will be destructive to our efforts of making sure that we do away with this pandemic that has devastated our countries,’ he says

Maldives Foreign Minister Abdulla Shahid, who has been elected President of the 76th United Nations General Assembly, with a striking majority – 143 out of 191 votes cast by members – shared his thoughts from New York in a virtual interview, a day after his historic win that saw the Maldives at the helm of the UN body for the first time, putting the Indian Ocean archipelago at the global centrestage.

Many congratulations on your election, Minister Shahid. We heard you speak of your plans for a “Presidency of Hope” at the UN General Assembly. You have also spoken specifically about ensuring vaccines at a time when shortages are a problem, particularly in our neighbourhood. How do you see your role in trying to ensure vaccine equity in the next year?

It is the first ray of hope that I want to build my presidency of hope on, it is clear that no one is safe until everyone is safe. There have been initiatives by the current PGA, and also the Secretary General, on vaccine issues, and I intend to carry forward their initiatives. And also put in every effort to make sure that we reach vaccine equity. We should avoid vaccine nationalism at all costs, because that is going to be so destructive to our efforts of making sure that we do away with this pandemic that has devastated our countries, both socially and economically.

Read: This time for Male | Editorial on Maldives’ UNGA presidency

But India, in particular, has had to stop all vaccine export since April. Do you still hope that India will be able to give more vaccines in the future?

India was the first country to give us a vaccine; within 48 hours of rollout in India, the vaccine was in Maldives. So was it in many of our neighbouring countries in the Indian Ocean and in the subcontinent.

India also very kindly distributed vaccines to many parts of the world. However, the situation in India, I understand, is very difficult now. But it is our hope that as soon as things get better, we will be able to benefit from Indian vaccines. I am constantly in touch with the Indian leadership on this, our conversations are ongoing.

How much was India a part of your victory at the UNGA? Unlike other countries that have not shown their hand in the secret ballot, India consistently, and publicly, said it would support the Maldives.

India was one of the first countries that came out supporting me. I thank Prime Minister Modi and External Affairs Minister Dr. Jaishankar for their outstanding support for the Maldives candidature. India has always been one of our closest friends, the best friend, that has always come to the assistance of the Maldives. In addition to India, many other countries also came out. Many other countries also actively campaigned here in New York to assist the Maldives win this election. However, the first country to come out openly and pledge its support to the Maldives’s candidature was India.

Did members of the P-5, like the U.S. and China, support the Maldives? Or did they support Afghanistan?

There is a tradition in the United Nations, that when it comes to PGA elections, and many of these critical elections, none of the P-5 countries actually show their hand, they play [their cards] very close to their chest, because I think whoever gets elected, they will have to have a good relationship.

We saw the previous President of the UN General Assembly focus quite a lot on human rights in particular, he had made comments about the situation in Jammu and Kashmir, he also brought in a resolution at the UNGA, right at the last hour some would say, on Palestine. Do you see human rights being a big part of your agenda?

My fourth ray of hope on which I want to build the presidency is respecting the rights of all, and that is about human rights. Human rights issues should be the central theme when it comes to people, and the United Nations is about people. So we should, and we must have, human rights issues at the centre of our debate.

In particular, would an issue like Jammu and Kashmir, which caused tensions between the outgoing President and India, be on your agenda?

Were you surprised by Afghanistan’s candidature, or disappointed that Afghanistan did not pull out and allow this to be a unanimous win for the Maldives? What do you think drove that candidature?

Well, Afghanistan had been the President of the General Assembly in 1966. And this is the first time that the Maldives has contested this election. When you look at the history of the United Nations in the last 75 years, there is a generally accepted principle of rotation, when it comes to PGA.

Only three exceptions are to be seen. One is that of Germany, but that is a unique exception, because that is Germany, the Federal Republic, and East Germany. It is a very unique case. And the second exception is Nigeria, which served twice. But in case of Nigeria, it was endorsed unanimously by the Africa group. So, it is also a unique exception.

The only other exception is Ecuador, which contested and the membership elected Ecuadorian Foreign Minister as the President of the General Assembly, and for the second time Ecuador served.

When I spoke to my brother [ Afghanistan Foreign Minister] Minister Atmar, I tried to convey to him the Maldives’s desire to have a clean slate. But on hindsight, I must thank Dr. [Zalmai] Rassoul, for being there, and having conducted a very dignified, disciplined campaign. Having a contender gave me an opportunity to put in a lot more effort to be here in New York, I got the energy to meet all the 193 ambassadors in New York, got the chance to get to know them. And for the interactive dialogue, I had to do my homework, be prepared. So, I think a hard-fought campaign has prepared me much more.

You are being diplomatic, but eventually, South Asia was not able to say there was one candidate from the SAARC region. Were you disappointed?

I have just been elected the President of the General Assembly. I am supposed to be a diplomat.

You plan to wear both hats, as Maldivian Foreign Minister while serving as the President of the UNGA. Has there been a precedent?

Since you are still the Foreign Minister, could you comment on your previous statements that the Maldives will try to renegotiate the debt with China? It was one of the campaign planks of President Ibrahim Mohamed Solih. Where does that stand?

In the light of the Covid-19 pandemic, through the DSSI [Debt Service Suspension Initiative], China has been most generous in deferring our repayments. And that process is ongoing.

A greater U.S. presence, in the sense of the U.S. opening a resident Embassy, yes. And we continue to work very closely. The U.S.-Maldives defence cooperation dates back to the 1980s, and it has been consistently increasing. We will work with all our partners in making sure that the security and stability of the Indian Ocean is maintained.

On the recent attack on Speaker Nasheed, the former President, and the renewed focus within the Maldives on tackling Islamist radicalism, where does your government stand on the investigation, and broader policy decisions to address this concern?

The attack on President Nasheed is being investigated by the police, it is an ongoing investigation. The government wants to make sure that the process is completed with utmost seriousness. We have received assistance from international partners including Australia, the United Kingdom, the U.S., and they are all involved in it. Extremism in whatever form is an issue that the government will address very seriously. And make sure that we root it out completely.

You spoke on religious extremism, but globally we also see the rise of Islamophobia. So what is it going to be like to tackle these two ends, as you take on this new role?

While congratulating you, External Affairs Minister of India S. Jaishankar talked about the need for multilateral reform. How do you see the possibility of reviving the idea that the United Nations must be reformed, that the UN Security Council must be reformed?

Well, the UN General Assembly reform process is ongoing. I am expecting a report from the committee of experts who are working on it. And that report is going to be submitted by the Secretary General. I think it is coming into the 76th session, parts of it. If it is there, that will be a step forward.

But it’s a continuing process. As I said, during my interactive dialogue, revitalising the United Nations General Assembly will not be a process that will end, if it ends then it will become stagnant. It has to be a dynamic process, which will continue. On reform in the Security Council, the process is ongoing, with the membership taking the lead. I will do everything possible to facilitate the consultations that are ongoing.